Tirso de Molina is a classic a poet who wrote some rather timeless quotes. Today, we'd like to share some of the most popular ones about love with you. 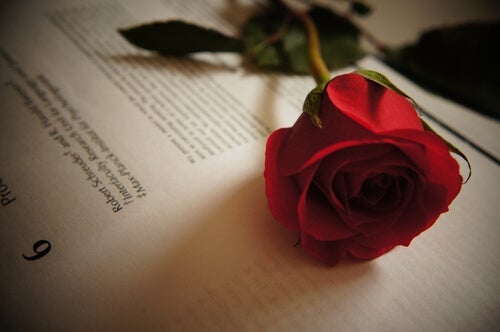 Tirso de Molina was Gabriel Téllez’s pseudonym; he’s one of the most representative scriptwriters of baroque theater. A friar, he led a peaceful life at a convent from a young age. Today, we’d like to show you some of his love quotes; they’re a great reflection on love and relationships.
Tirso’s writings tended towards comedy and profanity, according to the biography published by Biblioteca Virtual Miguel de Cervantes. In fact, El Burlador de Sevilla (In English: The Trickster of Seville and the Stone Guest) is remarkable. However, there are some dramatic touches in other works such as La Celosa de Sí Misma (In English: Jealous of Herself) or El Condenado por Desconfiado (In English: Convicted Due to His Own Distrust). Let’s look at some of Tirso de Molina’s quotes on a subject as transcendental as love.

“Cheaters are always late in their agreements.”

This first quote on love by Tirso de Molina is quite revealing. What he means by it is that an unfair person will sooner or later betray us in spite of the many promises that spoke of their good behavior at the beginning.
When it comes to relationships, “giving” is all talk and no action with them. They promise to change and say they won’t do it again but there’s no truth behind it. In this regard, real actions betray the true intentions of a “cheater”.

“Their jealousy has a grip on their heart and imprisons me.”

There are several myths around jealousy. Some people consider it a display of love and proof of a person’s affection. However, jealousy ends up turning against oneself, according to this author. Thus, jealous people are prisoners and this keeps them from expressing love in a healthy manner.
As this article points out, the fear of losing a person and the possibility of infidelity is what leads to the kind of jealousy that often destroys a relationship. For that reason, you must analyze the source of your jealousy and put yourself in the hands of a professional who can help you.

“There’s no humanity in perfection.”

This quote about love refers to the fundamental concept of perfection. While it’s true that everyone makes mistakes and, as per the previous quotes, anyone can be jealous or insincere at any given time, it’s also true that anyone can make amends.
Human beings learn from their mistakes. Thus, the knowledge derived from them makes them worthwhile, for the most part. This is because, for these mistakes to make an impact, you must first recognize that they’re mistakes.

4. Tirso de Molina on not knowing when to leave

“It’s quite a rude sin to wait until you’re told to leave.”

This quote is quite clear and makes you reflect on a reality that’s often painful. No matter how much permanence and affection there might be in a relationship, sometimes love dissipates. Unfortunately, the people in such relationships either stay out of comfort or because they’re waiting for their partner to decide to end the relationship.
This is very rude, according to Tirso de Molina. According to him, you should leave a relationship or a conversation when you know it’s over. Not only is it rude to wait for the other person to take the final step, but also cowardly.

“Jealousy has no eyes and ears.”

Finally, here’s another quote on jealousy. Yes, we mentioned the concept above and know how it damages many relationships. But in this quote, Tirso emphasizes that such emotion has no eyes and ears.
What does he mean by it? Well, the vast majority of jealousy is rooted in the kind of fear and insecurity that comes from within. Thus, although there’s usually no hint of infidelity or any other sign of distrust, unfounded jealousy is very strong. Although Tirso didn’t know it at the time, psychologists currently refer to it as pathological jealousy.
Were you familiar with any of these quotes by Tirso de Molina? Also, did you know he was deeply religious and dedicated to spiritual pursuits? We’d like to encourage you to begin reading some of the works mentioned above if you’re not familiar with him. He wrote a lot more than quotes and his books are great pieces of literature.
The Four Aspects of Love in Buddhism
The four aspects of love in Buddhism were described by Zen master Thich Nhat Hanh in a short book titled: True Love: A Practice for Awakening the Heart. Read more »
Link copied!
Interesting Articles
Sayings
Five Daniel Kahneman Quotes to Reflect On