The Tripartite Model of Anxiety and Depression

Today's article is about the tripartite model of anxiety and depression. It's the work of researchers Clark and Watson in an attempt to unite two mutually exclusive diagnostic categories that usually manifest simultaneously. 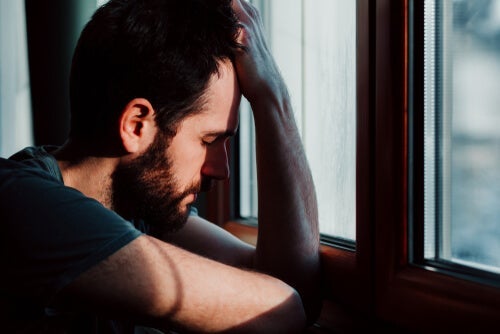 Anxiety and depression are two diagnostic categories that attempt to differentiate two distinct psychological disorders. On the one hand, anxiety is conceptualized as a tendency to apprehension, an alarm towards some future danger, and a high physiological activation, among other issues that’ll depend more on the specific disorder. On the other, the main characteristic of depression is a markedly low mood, along with a series of symptoms that derive from or concur with it: poor appetite, anhedonia, apathy, insomnia, etc.

It may seem like the two concepts are mutually exclusive, although you can easily see they’re usually linked in everyday clinical practice. Furthermore, the DSM-V hasn’t yet created a diagnostic category that brings together the symptoms of both. However, the ICD-10 does include the diagnosis of a mixed anxious-depressive disorder as its own category.

A patient with this disorder has symptoms of anxiety and depression but neither clearly predominates nor is sufficiently severe to warrant a separate diagnosis.

The diagnostic category above defined is, according to the WHO, common in primary medicine, and even more so in the non-clinical population (people who don’t require therapy).

In 1991, the authors Clark and Watson proposed a “tripartite model of anxiety and depression”. According to them, the model contains three elements:

Clark and Watson suggest that the presence of elevated levels of negative affect is a common indicator of anxiety and depressive disorders.

“Noble deeds and hot baths are the best cures for depression.”

Subtypes of anxious and depressive disorders according to the tripartite model

According to Clark and Watson, there are two subtypes of disorders within the category of anxiety and depression. Patients whose predominant symptoms are non-specific (distress, irritability, loss of appetite, sleep disturbances, vague somatic complaints, etc.) and show moderate levels of both specific factors should be diagnosed with moderate mixed anxiety and depressive disorder. This category is similar to the one proposed by the ICD-10, discussed above.

Also, when patients report high levels, not only in negative affect but also in anhedonia and psychophysiological hyperactivity, then they should be diagnosed with severe mixed anxiety and depression disorder.

According to the authors, this should be reserved for people who meet the criteria for both diagnoses: anxiety and depression. Contrary to what current diagnostic classifications propose for both disorders, Clark and Watson propose making a single one.

Clark and Watson’s tripartite model is based on the concept of positive and negative affect. The PANAS questionnaire, developed by the same research group, can help assess both dimensions. The positive affect is the opposite of sadness, anhedonia, or apathy, for example. In contrast, negative affect, common to both dimensions, ranges from irritability to guilt or feelings of inferiority.

According to these authors, anxiety and depression share many symptoms of emotional distress. However, it’s also true that other patients with depressive conditions don’t manifest anxious symptoms and vice versa. The tripartite model of anxiety and depression postulated by these authors indicates that low positive affect is precisely what characterizes and differentiates depressive patients from those with anxiety.

The tripartite model of anxiety and depression

According to the tripartite model, one would have the dimension of depression that’d have a series of its own characteristics. These would be low positive affect and hopelessness. In addition, symptoms such as sadness, anhedonia, apathy, suicidal tendencies, low sympathetic activation, loss of appetite, psychomotor inhibition, feelings of worthlessness, and perception of loss.

Similarly, anxiety could include physiological hyperarousal and uncertainty as main elements. Other symptoms proposed by the tripartite model for anxiety are fear, panic, nervousness, avoidance, instability, high sympathetic activation, muscular tension, hypervigilance, and perception of threat/danger.

All these symptoms are specific to each category and not shared by the other. Thus, a patient with symptoms of one disorder or the other can’t be diagnosed with both.

The model also includes several symptoms common to both pathologies. Negative affect is at the forefront in this case. However, helplessness also plays an important role in the union of anxiety and depression. Other common symptoms are irritability, worry, poor concentration, insomnia, fatigue, psychomotor agitation, crying, feelings of inferiority, guilt, and low self-esteem.

Conclusions on the tripartite model of anxiety and depression

The tripartite model of anxiety and depression opens a door to transdiagnostic treatment. This type of treatment is becoming increasingly relevant in clinical practice. In fact, it’s been effective in treating several diagnoses or a principal one with its comorbidities at the same time. In addition to being effective, they’re more efficient both in terms of time and economic resources.

Explanatory models that can explain the symptoms of several conditions are present in treatments focused on improving all of them. An example is Norton’s transdiagnostic treatment for anxiety disorders (2004, 2005).

From these transdiagnostic approaches, there should be a focus on the common cores underlying both disorders. As you can see, therapy based on the tripartite model must focus on negative affect and helplessness.

Are You Having a Panic Attack or an Anxiety Attack?
The terms panic and anxiety attack are often used interchangeably. They're not the same though, their characteristics are different. Read more »
Link copied!
Interesting Articles
Theories
Franz Alexander and Psychosomatic Medicine