The Life Drive or Eros: What Is It?

The so-called life drive, or eros, encompasses all the impulses and behaviors that motivate our survival, without renouncing pleasure and adding to our feeling of well-being. 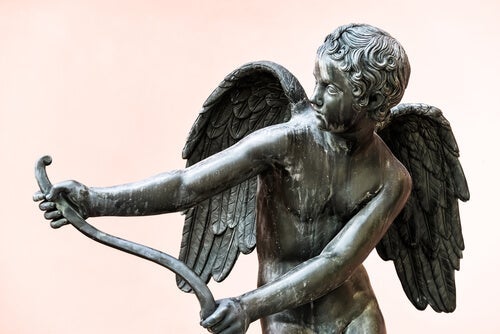 We’re sure you can remember times in your life when you seemed to find unparalleled inspiration, as if you’d been touched by a magic wand. You felt so motivated that the world suddenly became too small for you, and you wanted to go all out for your goals with enthusiasm and courage. These are times that perfectly describe what we know as the life drive.

In this article, we’ll be showing you what really defines this drive – one of the essential concepts of psychoanalytic theory. In addition, we’ll show you how it manifests itself, its origin, its relationship with mythology, and other associated concepts.

Life drive: what is it?

To begin to understand what the life drive is, we need to understand the whole concept of “drive”. This concept stems from Freud’s personality theory, which suggests that we act to resolve the tensions we feel inside.

According to this theory, the drive is the origin of all mental activity. It consists of:

As we’ve already pointed out, this drive isn’t necessarily of a sexual nature, although its name (eros) could lead us to believe that. It goes beyond that, although it is linked to the search for pleasure and satisfaction.

The life drive is an impulse that generates both activation and excitation on a bodily level. Its goal is to preserve our survival.

Moreover, it’s a dynamic force that goes in search of pleasure, leaving to one side the things that don’t create this pleasure in us. It comes to the fore when we activate mechanisms to reduce our tension.

Why is it called eros?

It also receives the name “eros” because psychoanalysis has always been close to mythology. In fact, it’s a subject that Sigmund Freud was passionate about. Because of this, it has been common to use metaphors or analogies that refer to certain stories or features of mythology in order to explain the theory. This can greatly help to make it more understandable.

This way, psychoanalysts associate life drive with the god of mythology, whose name is Eros. He’s the god of sexual attraction, love, and fertility.

How does it manifest itself?

Eros is present in every one of us. It intervenes in the relationship you have with yourself, with others, and with nature. Likewise, it also manifests itself in the way you interact, helping you to act in ways that will ensure your survival.

In addition to your basic physiological activities, among which we can find sex, the life drive is also present in dreams, creativity, eroticism, and love.

In addition to this, you can find it in the avoidance of pain or things that aren’t pleasurable to you. However, Freud always emphasized that the barriers between pleasure and displeasure are often quite blurred.

Concepts associated with the life drive

Within psychoanalysis, the boundaries between some concepts are minimal. This has to do with its understanding of the psychic apparatus as a dynamic element. The life drive is no exception. Let’s have a look at the concepts it’s associated with within the framework of economic theory:

The concept of life drive is one of the most important concepts in the theory of psychoanalysis. It makes sense when understood within the psychoanalytic conception of the psychic apparatus.

Furthermore, and although it may seem paradoxical, it’s intimately related to the death drive. In fact, there’s never a moment when both aren’t present.

In short, the life drive is the drive that inspires and motivates you to survive. It’s that dynamic impulse of self-preservation that we all have, and that’s behind many of our behavior patterns as human beings.