The Immune System and Stress: How Are They Related?

It wasn't until 1981 that the discipline of psychoneuroimmunology was formalized. Thanks to Robert Ader and his experiments, we now know that there's a relationship between stress and the immune system. 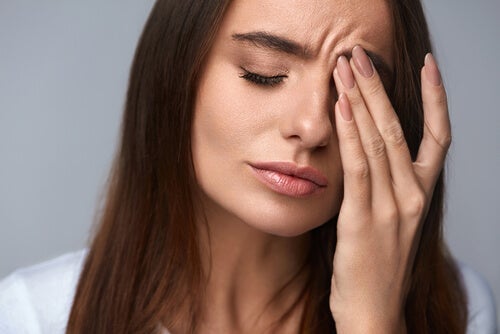 Many experts have conducted studies on the relationship between the immune system and stress. Several of them have proven that stressful situations affect human defenses. However, how exactly does this happen?

Stress is usually associated with a disease state. Nonetheless, it refers to a human reaction to threatening situations or excessive demand. In a way, stress is at the service of the subject’s survival (and of the entire species, for that matter).

Stress and the immune system

Human beings are subjected to constant changes in their daily life. Said changes can, undoubtedly, take a toll on them. Issues such as financial difficulties, work demands, or negative life events (either past or present) can make the body suffer. Now, these reactions are quite detrimental to the individual’s health if they prolong. This is known as distress, and it can trigger health problems when it becomes severe.

On the contrary, when an individual generates well-controlled and effective responses that allow them to adapt well, we’re talking about eustress.

So how can the body respond to these demands? We previously mentioned how stress-related responses occur. Different systems intervene in it, in a systemic and complex relationship. This network is formed by the interaction between the psyche and the nervous, endocrine, and immune systems. In the end, it results in some sort of joint combination of all of them.

The history of psychoneuroimmunology

In the year 1981, scientist Robert Ader introduced the term psychoneuroimmunology for the first time in history. He defined it as the scientific discipline that studies the interaction between behavior, neural and endocrine functions, and immune processes.

Prior to this definition, there was a classical conception of the immune system. Basically, people considered it to be a self-regulatory and autonomous defense system. In the 1920s, Russian investigators began to conduct studies on the classical conditioning of immune responses. A little later, in the 1950s, Rasmussen and his collaborators formed the first research team on stress and infectious diseases.

In 1981, Robert Ader presented his first manual and, alongside it, the beginning of psychoneuroimmunology as a discipline. In his experiments with rodents, he studied taste aversion using classical conditioning. When he was working on his experiments, he conducted previous training phases. In them, he treated control groups with placebos and experimental groups with cyclophosphamide.

There was no abnormal response in the first group. However, the experimental group presented symptoms such as nausea and immunosuppression. In the second phase, he administered saccharin to both groups. As a result, the control group still didn’t produce any abnormal response, while the experimental group presented aversive gustatory conditioning and immunosuppression.

Other authors, such as George Solomon, also delved deep into the world of psychoneuroimmunology. Solomon focused on researching autoimmunity and psychological well-being. However, unlike Ader, Solomon didn’t continue his studies. As a consequence, his findings didn’t become well-known. Besedovsky was another author who became interested in immune system relations. He considered it a sensory organ.

The current definition of psychoneuroimmunology

Currently, researchers consider the communication between the immune system and the brain to be bi-directional. In other words, the changes that occur in the immune system are an explanatory mechanism by which psychosocial factors influence health and disease.

The human species is under constant threat from a large number of pathogens. In this sense, the tasks of the immune system are to:

Thus, when faced with stress, the body reacts with a response that may or may not be adaptive. No one doubts that stress and the immune system are in constant communication. Although it might seem a bit crazy, to a large extent, this communication is instrumental to everyone’s quality of life.

“Most psychologists treat the mind as disembodied, a phenomenon with little or no connection to the physical body. Conversely, physicians treat the body with no regard to the mind or emotions. But the body and mind are not separate, and we cannot treat one without the other.”