The Birth of the Ego 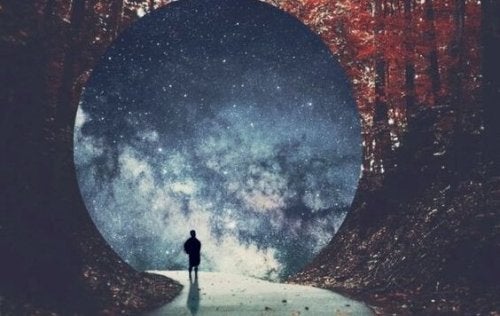 We can explain the birth of the ego through the process of maturation and learning. It happens through the acquisition of our sensory and motor skills. The birth and development of our ego is noteworthy because it is the center of the physic apparatus. It is the nucleus of our desires, activities, and inhibitions.

When the ego appears it starts to relate to its own objects. First, these are external objects that the child feels are their own. Little by little, internalization and psychic structures happen. These, in turn, contribute to the cohesion of the sense of self.

The progress of the birth of the ego

Between the first and second year of life, the cognitive capacity of the child increases. Consequently, he starts to recognize the different roles in interpersonal interactions. Little by little, the identification and discrimination between subject and object begins.

Finally, self-identity is a product of the synthetic function. This is where objects are linked and integrated in a coherent way. This is the highest level of the structure of self. It occurs, in part, thanks to the interaction between the self and objects.

The mirror stage as a shaper of ego

A very important moment in the birth of the ego happens between six and 18 months of life. During this stage, the child experiments with trying to recognize himself in the mirror. He becomes interested in the image and derives a certain pleasure from playing with those sensations.

The mirror is a metaphor that refers to the relationship of a human being with her surroundings. Being able to recognize your body and imaginary space is a sign of healthy human development without fragmentation of the self. A father or mother who doesn’t properly care for, or harms, a child, maintains their image. But, at the same time fragmentation could be happening. This can lead to psychotic issues.

At this age, babies won’t latch on to just anyone. When they do, sometimes they become anxious because the image that they see doesn’t reflect what they expect. For example, when a six-month-old baby sees their mother instead of a stranger. The child doesn’t recognize the mother, rather they recognize themselves through the mother.

The birth of a cohesive ego happens through a stable relationship with objects. It is based on the satisfactory experiences that the child has at different moments. In other words, the child merges with the image that they see of themselves (initial alienation).

The process by which a person becomes aware of oneself, in totality, is called individuation. When this process is complete, the unconscious and the conscious integrate the ego into a broader personality.

It is a process of unification, purification, and discovery of oneself. The achievement manifests itself when archetypical images of the self appear.

The three functions of the ego

Body and mind are united and fused and relate to each other reciprocally. As a result, the “ego”, or the union of body and mind, fulfills three main functions:

So, to achieve the best adaptation to reality, the self is able to defend against the excessive flow of motivational energy. Thus, the ego seems autonomous, as if it were a synthesis of different functions.

The autonomy of the ego

Two structures make up the “ego.” The primary ego structure is a sphere of ego free of conflict with the “Id” (the seat of impulses). Later it was called “the primary autonomous functions of the ego” that correspond with memory, thought, and language. These functions do not arise as a defense against impulses (Id).

The transformation of instinctive and aggressive libidinal energies into non-instinctive energy neutralizes the energy from the “Id” (impulse). Hartmann called the autonomous development that did not arise from the struggle between impulse and desire “primary autonomy.”

Along with other authors, Freud (psychology of the “Id”), Hartmann (psychology of the ego) and Kohut (Self psychology) are the primary thinkers to place the “ego” in the center of the psychological universe. From these different psychoanalytical points of view, we can better understand how the birth of the ego works.

Social Psychology – What is it and Why is it So Important?
We think we are independent people and yet don't realise how influenced we are by those around us. Social psychology gives us insight into this phenomenon. Read more »
Link copied!
Interesting Articles
Psychology
How to Deal with a Toxic Boss

Psychology
Self-Hypnosis for Everyday Life: Learn to Program your Subconscious

Self-hypnosis is a very useful psychological tool to make behavioral changes. Likewise, it can help you control the flow of…

It's odd how hard it is for us to accept the truest fact of life: death. After all, it's an absolute…

If you think over the past week, or maybe even just today, you will undoubtedly remember a moment in which you did something for someone else, something that cost you in a personal or…