Being happy doesn't depend on having a problem-free life. However, it does depend on how you choose to think about what happens to you. Do you see threats or challenges? Mistakes or learning opportunities? 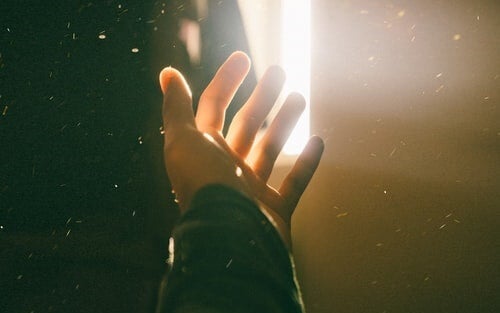 The absence of problems doesn’t automatically lead to happiness. More important is the willingness to change and tolerate the uncertainty that fear can generate. Putting this into practice, however, can be difficult. As Albert Camus said, people obsess over finding happiness as if it were the Holy Grail. But well-being isn’t a goal, it’s a daily exercise that requires adaptive strategies and new perspectives.

A lot of time has passed since Martin Seligman, a psychologist from the University of Pennsylvania, highlighted the need to look at more than just pathologies. He argued that it was also important to think about enhancing your moods and improving your well-being. Positive psychology came onto the scene in 1990. Since then, there’s been an explosion of theories and well-intentioned advice.

Thousands of books about happiness are published every year. Universities offer hundreds of classes on the subject, and today people such as Tal Ben-Shahar consider themselves genuine gurus on the subject. Neuroscience is also contributing to the field, with experts discovering what happens in your brain when you’re happy and what you can do to boost happiness.

All of these trends, approaches, and perspectives are interesting and inspiring. However, some people point out that there’s a problematic aspect to all of this as well: we’ve turned the concept of happiness into a marketing gimmick. We’re increasingly “educating” the population about what it takes to be happy but also making people intolerant of sadness, anxiety, uncertainty, and discomfort.

The realities of your life aren’t always easy. Sometimes, no matter how hard you try to be happy, your situation just gets in your way. That’s why it’s important to rethink your concept of happiness. Let’s explore how.

It’s easy to think that you’d be happy if you were able to solve all your problems. If that were the case, however, happiness would be extremely rare. The world we live in is unpredictable. You interact with many people every day, so conflicts and misunderstandings are bound to arise. It doesn’t matter who you are or where you live. Problems happen, and no one is immune to what’s happening around them or what’s going on inside them.

In recent years, new voices have emerged in the academic world to offer a different perspective on happiness. Psychologists such as Jermone Wakefield (from the University of New York) and Allan Horwitz (from Rutgers University) have written books such as The Loss of Sadness: How Psychiatry Transformed Normal Sorrow Into Depressive Disorder that talk about how we’re trying to banish emotions such as sadness and frustration.

However, if you don’t recognize these emotions and only place importance on positive emotions, you’re essentially rendering yourself emotionally illiterate. Today, so many people are at a loss of what to do with stress and anxiety. They don’t know why they have a knot in their stomach or why their fear is sometimes paralyzing. Dealing with adversity and these complex emotional states also has a lot to do with your opportunity to be happy.

Happiness is daring to act in spite of fear and uncertainty

I’d like to rescue a definition of happiness that’s both inspiring and appropriate, approved by neuroscientists, psychologists, psychiatrists, economists, and even Buddhist monks. It’s all about giving your life meaning, having a purpose, and being proactive. It’s about being willing to grow and accept adversity and the challenges of daily life. According to this alternative perspective, these are the true keys to happiness.

Eduard Punset once said that happiness is the absence of fear. When misinterpreted, this idea is a little bit perverse because human beings can’t stop feeling fear. This emotion is inherent to who we are, and it serves a purpose. More than one, in fact.

This is a good example: “I’m afraid of moving to a new city and starting a new life, but I know I should do it. Taking this step will help me grow. Thus, I need to be bold and do it in spite of my fear”.

Again, happiness isn’t the absence of problems. The truth is, happiness starts to take hold when you’re able to overcome challenges. Sonja Lyubomirsky, a psychology professor at the University of California, is one of the experts that’s debunking the myths about positive psychology and happiness. Something that she frequently talks about is that well-being isn’t defined by achieving goals or having material possessions.

Human beings achieve a sense of balance and self-realization when they feel content with themselves. When you feel capable of dealing with whatever might come next, when your self-esteem is strong, and when you can deal with your fears, stress, and worries. When you feel that kind of strength, everything flows much better.

Remember that life isn’t easy. You’ll get a lot of bumps and bruises along the way. That’s a reality you can’t escape from, so just try to accept it.

No one is immune to problems and to things turning upside down when they least expect it. Thus, instead of fighting against them, work on your personal growth and psychological strengths that allow you to invest in your own well-being.