The 5 Best Quotes by Alejandra Pizarnik 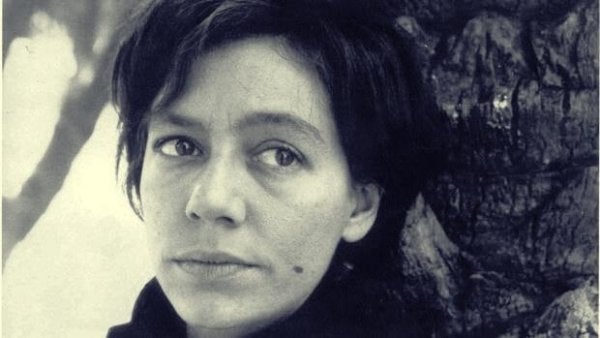 Alejandra Pizarnik’s quotes show a poet endowed with an impressive sensibility and out-of-the-ordinary lucidity. This artist was the daughter of Russian immigrants and was born in Argentina. Unfortunately, she had an unstable and unfortunate life.

Alejandra Pizarnik was scarred by her childhood and adolescence. She suffered from aggressive acne, had asthma, and was overweight. Her sister, on the other hand, was “perfect” in the eyes of her parents. She became a rebellious young girl and introverted at the same time. This represented everything that a girl shouldn’t be. She began taking amphetamines and barbiturates from an early age.

“Cover the memory of your face with the mask of who you will be and scare off the girl you once were”.

After doing psychoanalysis once, she found temporary stability. Afterward, she had great intellectual production. Alejandra Pizarnik’s most beautiful poems and unforgettable quotes come from that stage of her life. But then, she committed suicide when she was only 36 years old. These are some of her most-remembered affirmations.

Work according to Alejandra Pizarnik’s quotes

One of Alejandra Pizarnik’s quotes says the following: “The truth: working to live is even more stupid than living. I wonder who decided that the expression ‘earn a living’ is synonymous with working. Where is that idiot? ”

This text reflects her rebellious and critical spirit very well. In this particular quote, we see an angry and indignant Alejandra Pizarnik. Rather than just being against work, her problem here is equating it with life. In assuming that life is work, that you earn a living or play your cards only in the workplace.

She talked a lot about the purpose of poetry. Why do poets exist? One of Alejandra Pizarnik’s quotes solves this issue in a beautiful and elegant way. A poet’s task is to heal. They create poetic words with the power to heal, repair, and detoxify.

She says it this way: “It has been said that the poet is the great therapist. In that sense, a poet’s task is to exorcise, expel, and, in addition, repair. To write a poem is to repair a fundamental wound, a tear. Because we are all injured. ”

Many of Alejandra Pizarnik’s quotes speak about those dualities that inhabit us. Of being two things at the same time. Of the floating identity, changing and never fully defined. Within herself, it was clear that both the injured girl and the indomitable woman existed.

One of her quotes says: “What a delight to get lost in the image foreseen. I rose from my corpse, in search of myself. My own pilgrim, I set off toward she who sleeps in a country battered by the wind “. She speaks about what a person once was but is no longer, but also what they will be forever. Of dying and being reborn as another, but still carrying that corpse inside.

This is one of the most beautiful quotes by Alejandra Pizarnik: “To Search. Not verb, but vertigo. Does not indicate action. Does not mean to go meet someone but rather to lie there because someone doesn’t arrive. ” To search here is what accompanies the expectation of what is to come or who is about to arrive.

The things we intimately desire produce a vertigo in which a person doesn’t know which feeling is more extreme: that of absence or that of presence. When you wait for something dear to arrive, you’re not in an active position. You are tormented by something for which there are no words. And if it’s late, the torment becomes torturous, almost deadly.

To look with innocence means to look without expectations, without prejudice, and without preconception. It’s the kind of look that doesn’t expect to find something, but is satisfied in the mere fact of seeing, of contemplating. In the next quote, she makes an association between that innocent look and nothingness.

The quote reads: “And above all else, to look with innocence. As if nothing was happening, which is true“. To that look that expects nothing, also add the fact that you actually see nothingness. A beautiful way to express the lack of affection in those empty moments.

Alejandra Pizarnik never overcame the depression that immersed her in long confinements and painful reveries. She was interned in psychiatric hospitals several times. The last verses she wrote shortly before her death say: “I do not want to go / anywhere / but to the bottom“.

The 7 Best Quotes About Love by Mario Benedetti
Mario Benedetti's quotes about love are a gift for the heart. This Uruguayan writer and poet left us with his extensive work, always so full of values ​​and social commitment. Many believe that nobody has encouraged people in love as much, that his verses are odes to the complex universe of love. Read more »
Link copied!
Interesting Articles
Culture
How to Relate to an Autistic Person

When you think of a child with autism, you might imagine a child who is lost in their own world…

Culture
I Love People Who Make Brave Decisions When It's Hard

I love people who make brave decisions when it's hard. People who go for what they really want deep down... even…