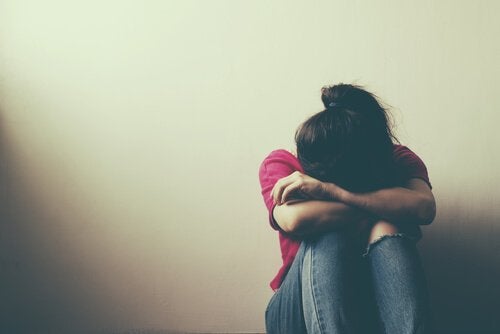 Teen angst is something we’ve all experienced to some extent. It isn’t necessarily a bad thing, but it certainly makes this particular life stage unique.

Adolescence is a period of development between childhood and adulthood. It’s unarguably a difficult stage for most people.

Adolescence is quite a long stage. The exact length varies a bit depending on who you talk to, but it generally spans from just before the age of 13 to a little after the age of 19. It’s a transition phase, as we’ll see below.

What seems fairly clear is that teenagers are no longer children, but they aren’t adults either. They have to face many physical, social, and psychological changes that affect them every day.

The teenage years represent the transition to adulthood

There are many different ways to consider the concept of transition. The fact that adolescence is a universal experience is why it should be called a transition.

All of these characteristics are surprisingly present during teenage years. The idea of adulthood attracts teens. They want the freedom and the opportunities that come with being an adult. At the same time, they feel sad because they’re leaving their childhood behind.

After all, inside every teenager is a child that’s fighting to get out. Young people worry about what comes next. That’s why this article is dedicated to teen angst.

Since jobs, living situations, and relationships are all up in the air, it’s no wonder why teens feel scared about the future.

That’s why it makes sense to consider adolescence a transition. Teens also reach many meaningful milestones during this stage.

The way that young adults understand and perceive themselves has a powerful effect on how they’ll react to life events later on. During adolescence, teens go through an essential dilemma. They believe they have to live up to others’ expectations while also figuring out who they are.

During adolescence, teens struggle to determine who they are and how they define themselves. They have to make decisions that will define who they are as a person. A young person can experience depersonalization if they don’t try to figure out who they are.

In a lot of ways, an adolescent’s thought process is strangely immature. They can be rude to adults, have a hard time deciding what to wear every day, and often act like the world revolves around them.

According to psychologist David Elkind, their immature thought process manifests itself in at least six characteristic ways:

Teen angst is a reality

In light of this information, it’s easier to understand why we hear so much about teen angst. Teen angst is a reality, not a myth. Adolescence represents the transition to adulthood, with all the uncertainty that that brings. What’s more, a teen’s thought process isn’t mature yet and they haven’t discovered who they are.

How Do Teens Form Their Identity?
It's important to keep in mind that teens form their identity in adolescence and they go through a lot of changes. Read more »
Link copied!
Interesting Articles
Psychology
When You Don't Feel Anything During Depression

Psychology
The Importance of Optimism in Dealing with Illnesses

The celebrated neuroendocrinologist and doctor, Deepak Chopra, said something very interesting. "In the years I have being in practice, I…

Psychology
Signs of Depression in Men

The range of human emotions knows no gender. However, many people think that chronic sadness and depression only affect women. There is an assumption that depression is a sign of weakness…

We live in a globalized and very demanding world where fast performance is required. With shorter deadlines every day, it's…