Peter Paul Rubens was a Baroque painter. This article is about him and some of the famous quotes he left behind. They're quite revealing concerning his view of the world. 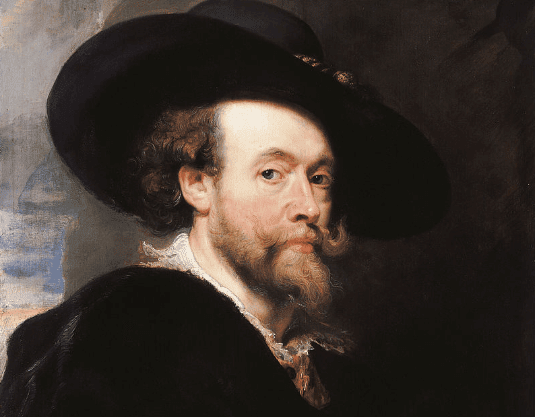 Peter Paul Rubens (1577-1640) was a remarkable exponent of baroque painting. He studied in Belgium and then moved to Italy. There, he soaked up a lot of the knowledge of his mentor, the Duke of Mantua.

Painting became his profession and his workshop had many commissions. Thus, Rubens left an important imprint of his personality in his work. But this article is about some of his quotes. The most interesting ones, just so you get inside his head and catch a glimpse of who he really was.

However, before delving into them, you must know that Rubens also practiced other types of art. The Eyesight of Peter Paul Rubens accurately exposes his journey beyond painting and talks about his sculptures and tapestries. That’s about 3000 works if you include his paintings. Thus, he was a truly multifaceted artist.

This quote by Peter Paul Rubens suggests he was a simple and humble man. In fact, if you look into his biography, you’ll learn that he grew up in a family with economic difficulties. Perhaps this is why Rubens despised arrogant people.

Although he knew he was a good painter, he never stopped learning from others. Thus, there are many influences in his art. The only thing Rubens feared was the lack of inspiration, the foundation of any creative work, according to him.

2. The spirit of creation

“Every child has a spirit of creation. The rubbish of life often exterminates the spirit through plague and a soul’s own wretchedness.”

This second quote by Peter Paul Rubens is about creativity. Children are always full of fantastic ideas. But they tend to grow out of this habit as they get older.

Rubens mentions the “annoyance and misery of the soul”. This is because he was a Catholic. He believed that the spirit of creation could only recover through the Abrahamic god. One of his paintings was intended as a form of propaganda for Catholicism to fight Protestantism. In the painting, Santa Teresa intercedes for Bernardino de Mendoza in Purgatory.

3. The passion that comes from the heavens

“My passion comes from the heavens, not from earthly reflections.”

As you can see, Rubens mentions his god in many of his quotes. In this one, he blends his passion for painting with his concept of heaven. The place where the Catholic god resides. Thus, he talks about earthly reflections and downplays them.

This quote suggests that Rubens questioned the reflections that ordinary people (non-believers) made. People whose religions were different from his own. In fact, he believed his creativity and passion came from his god.

4. White is poison, but also useful

“White is poison to a picture: use it only in highlights.”

Rubens sort of blows your mind with this quote. Somehow, his idea regarding the color white is contradictory. He says you shouldn’t abuse white and labels it “poison”. But he also specifies that you only should use it to draw attention to certain areas of a painting.

Perhaps what he tried to convey with this quote is that too much white can damage a painting. But it’s useful when used carefully and in small amounts to highlight specific parts.

It makes you think of another quote: “excess of everything is bad”. In fact, there’s a clear example in pharmacology. This is because even the best medications become toxic when you take a higher dosage than prescribed.

“My talent is such that no undertaking, however vast in size… has ever surpassed my courage.”

Many people define themselves by their talents or abilities. While it’s true that Rubens was aware of this, his statement is clear. Thus, he never allowed this ability to exceed his own value.

A person’s self-worth isn’t defined by what they have nor their achievements or their talent. This seems to be another sign of Rubens’ contempt for arrogance. He knew that ability without a soul would lead him to forget who he truly was.

Hopefully, these five quotes by Peter Paul Rubens taught you a little more about the way this artist thought. Also, if you’ve never seen any of his works, check out the ones mentioned throughout the article. The Three Graces painting is quite lovely.

8 Lovely Phrases About Love by Bécquer
Bécquer will always be in style... as far as feelings are concerned, because love and other emotions are universal. They transcend time and barriers. Read more »
Link copied!
Interesting Articles
Music and Psychology
Madama Butterfly, an Opera about Love and Loss

Culture
The Link Between Soda and Aggressiveness in Children

Many parents may find it strange that soda can increase aggressive behavior in their children. Well, as odd as it…

Many people say that “there’s nothing like being young.” You soak in the sun without worrying about sunscreen, first kisses bring…