Neurogastronomy: Eating with the Senses

The act of eating is much more than just ingesting food. It's a whole sensory experience. Neurogastronomy explains a lot about the subject. 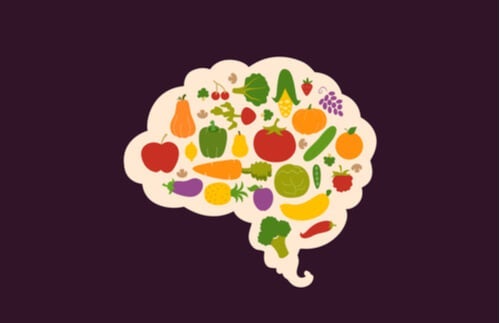 Even when you eat the simplest of dishes, the processes that occur inside your body and mind go far beyond just taking in the food. It’s even more than the simple process of digestion. Actually, there’s a current of research interested in “neurogastronomy.” This field deals with all of the effects brought about by the ingestion of food.

As opposed to animals, most people don’t eat out of an impulse to do so most of the time. That’s because each of the five senses come into play when you eat. Aside from that, other factors such as memory, emotions, and expectations also play a role in this process. They’re related to the mental processes that unfold when you see a plate of food in front of you.

Differences between flavor and taste

A large part of the information on the foundations of neurogastronomy comes from taste and flavor. First of all, taste is one of the five senses. It’s in the same group as touch, smell, sight, and hearing. Taste is possible thanks to the tongue and other innervated surfaces in the mouth.

When you eat, a lot of other senses come into play. The act of food consumption in humans involves sight and smell, for example. That’s what makes you perceive each dish differently. In addition to that, the different modalities of taste combine with one another. These signals can give you a great deal of information about the food you’re eating. Without a doubt, taste involves the acquisition of vast quantities of information. The mouth’s nervous receptors gather this information for you.

This way, you can know what things taste like. That’s the second element that plays a role. In essence, the flavors you’re able to perceive are sweetness, saltiness, sourness, and bitterness. Every particular food you consume has a taste that combines one of these four elements.

But that’s not all. Other characteristics also influence how we perceive food. Some of them are the food’s appearance, texture, smell, shape, and even its temperature. Thus, you can get a great deal of information that conditions how much you like a certain food.

The importance of memory and emotions in neurogastronomy

Along with the combination of tastes and textures on the plate, there are other important factors to consider for neurogastronomy. These will condition your disposition toward a particular dish. Lots of parts of the brain come into play here. For example, you have those parts related to expectations, memories, and various emotions. Whenever someone puts a particular dish in front of you, you can feel memories flooding into your mind. This happens very quickly. Mostly, these memories deal with times when you ate something similar to the food you’re about to eat.

Now, this gives way to different levels of acceptance for that food. That depends on whether you have good or bad memories related to it. Fine dining chefs know about these principles of neurogastronomy and use them. They try to establish certain relationships between the guests they’re cooking for and the dishes.

Let’s go beyond those aspects of the sense of taste, of flavors, and of other mental processes. Let’s talk about a new concept – happy cooking or “mood food”. This concept comes from neurogastronomy. People who follow this trend assert that what you eat greatly influences your general well-being and mood.

As such, mood food makes use of all of the foods that increase the production of certain substances. Namely, the chemical substances the brain produces to improve your happiness. Some examples of these are endorphins and serotonin.

Regarding serotonin, it’s a neurotransmitter that helps transmit messages to the brain. It’s also related to mood and appetite. That’s because serotonin gives way to an amino acid called tryptophan. You can only get tryptophan through your diet. Some good sources of this substance are fish, milk, eggs, and soy.

These substances have very important functions in your nervous system. That’s because they’re in charge of balancing other elements. Some examples of these are dopamine and noradrenaline. These neurotransmitters can be related to feelings of anxiety and nervousness.