A victim of mind-manipulation doesn’t even know that they're a victim. Read more about mind control in this article! 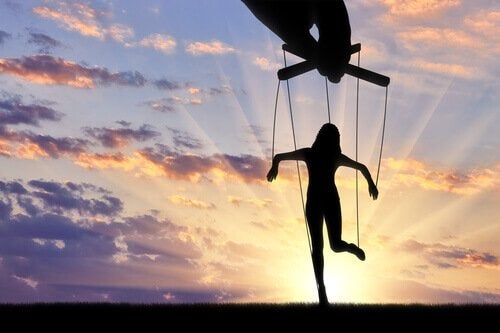 You might think you know what mind control looks like, but it’s not always how it’s portrayed in movies. Have you ever felt that you were being exploited at work? Sometimes, you give way more than you receive. You’re not alone.

A lot of people are aware of this, but choose to keep quiet about it. You’re afraid to lose whatever you’re getting and your fear is stronger than everything else. This is a form of mind control.

The same goes for inequality. Poor people accept systems that make them poorer and the rich richer. Likewise, women have fewer opportunities in patriarchal societies.

This might make you ask yourself why people put up with this. One possible answer is mind control.

Mind control can look like your monthly salary, your obligations, or the rules you must follow. When someone controls your mind, you stop questioning why you put up with so much work for such a lousy pay. You think you’re free, but you’re not.

Mind control is all about consensus or the illusion of it. It’s about making everybody agree on something. Obviously, you don’t support something for the same reason other people do. Some might agree on something because they don’t have a choice or because they feel unable to disagree. Others think it’s the best idea or just didn’t think things through. Maybe it’s due to psychological internalization.

The psychological aspect of mind control

How can you make someone accept something that’s bad for them? By transforming boredom and frustration into aggression or by transforming nonconformity into consumerism.

This promotes submissive personalities that believe in their superiors and in the existing economic and social status quo.

“The nature of psychological compulsion is such that those who act under constraint remain under the impression that they are acting on their own initiative. The victim of mind-manipulation does not know that he is a victim. To him the walls of his prison are invisible, and he believes himself to be free. That he is not free is apparent only to other people. His servitude is strictly objective.”

Finally, one of the most effective types of mind control is fear itself. Combined with ignorance, it can unleash feelings of distress and distrust, which lead people to make more risky decisions.

The physiological aspect of mind control

This aspect is related to your brain’s response to electromagnetic waves. Your brain has different frequencies that relate to different states of consciousness.

Electronic devices can affect these waves and, consequently, your brain. These waves and overstimulation can keep you in a state of alert even though you want to go to sleep. Similarly, devices can disorient you and are used for crowd control.

Mind control seeks to manipulate the masses by making them ignorant. You can fight mind control by fostering critical thinking and educating yourself.

The Power of Suggestion
think you'll react when you see a red car behind you on the highway? This isn't imagination, pessimism, or exaggeration, it's something called suggestion. Read more »
Link copied!
Interesting Articles
Psychology
The Fear that Hides behind Untidiness

Psychology
A Person's True Essence is Worth More than External Beauty

The day that I learned about the life and work of Albert Ellis, I simply fell in love. After a long time of not understanding or believing in psychology very much, I…