Mercedes Rodrigo was Spain's first female psychologist, but she has only recently started to gain recognition. Read all about her here! 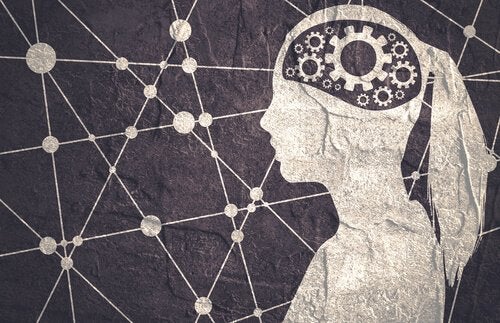 Mercedes Rodrigo was Spain’s first female psychologist. Her work has only recently begun to gain recognition after decades of obscurity. She spent a lot of her life studying professional education and employee selection processes. In addition, she also founded the first psychology program in South America.

Rodrigo was born in Madrid, Spain, in 1891, where she spent most of her childhood. She earned a degree in education in 1911, with a specialization in deaf and blind children. She was eager to continue her education and earned a scholarship to continue studying at the University of Geneva in Switzerland.

There, she studied under Édouard Claparède and worked with him in his lab for years. Dr. Claparède was one of the big reasons why Geneva became the center of modern European pedagogy. His main contribution was a new educational model that was very different from traditional ones.

He believed in the value of an active school where the main focus was the students’ interests and the education was tailored to those interests. This captured the attention of important educators of the time.

He took concepts and ideas from psychology and applied them to education. He said that teachers should learn to analyze their students through pre-established surveys and use their responses as a foundation for their teaching style.

Mercedes Rodrigo received her degree in psychology from the University of Geneva in 1923. Along with Dr. Claparède, she helped revolutionize the foundations of modern education. They were both early advocates of a more individualized kind of teaching based on the students themselves.

Rodrigo returned to Spain in 1923 and became the country’s first female psychologist. She started a project to train teachers in advanced educational techniques. Working alongside Piaget, she used an educational manual developed in Geneva.

Together, they taught educators how to observe their students and apply their observations to the classroom. This was a major step in basic education for Spain at the time.

In 1929, Rodrigo started working at the National Institute for Educational Technologies and Teacher Training in Madrid. She specialized in psychometrics. Her goal was to put her findings on professional training and employee selection processes into practice. In 1939, Mercedes Rodrigo had to flee Spain due to the rise of fascism.

Her time in Colombia

Mercedes Rodrigo went to Colombia hoping to create psycho-technical evaluation programs in universities. With that in mind, she created an admissions test for the medical program. This was extremely important because the number of applicants was much larger than the number of spots offered by the universities.

The universities felt great about the final results, and her work quickly made its way into other educational and work environments.

But life in Bogotá, Colombia became very rough in 1948, when riots began to break out. The tensions became unsustainable, and a war was on the horizon. During this time, a Jesuit newspaper accused Rodrigo of being a communist for having visited the USSR. They also reminded the readers of her status as a Spanish refugee. In addition, the newspaper talked maliciously about the admissions test she had developed for the universities. Ultimately, the newspaper’s words forced Rodrigo and her team to leave the country.

Her time in Puerto Rico

After leaving Colombia, Rodrigo worked for a while at the University of Puerto Rico as a professor and consulting psychologist.

Later on, she decided to begin working in clinical psychology by doing group and individual therapy. But she never gave up on psychometrics.

She became famous in Puerto Rico for dedicating her life to educational research and teacher training. Thanks to Rodrigo’s reputation there, many Spanish students (after the Civil War) were able to improve their resumes and complete their studies in Puerto Rico.

Rodrigo ended up living ten more years in Colombia. Her thorough research and dedication to psychology programs throughout South America were fundamental. They helped spark further studies and train professionals in all fields of modern psychology all over Latin America.

November 20th is Psychology Day in Colombia. On that day, they celebrate the creation of the first independent psychology department in the country. Dr. Rodrigo was a big part of that. This made her a very important figure in Colombia.

Despite being Spain’s first female psychologist, she was forgotten for decades. Luckily, the current spotlight on women is making people remember many female pioneers who were key figures in the development of modern science, such as Mercedes Rodrigo.

Fritz Perls, an interesting Figure in the History of Psychology
The german doctor, psychiatrist, and psychoanalyst Fritz Perls is seen as the father of Gestalt Therapy, and he has a fascinating life story. Read more »
Link copied!
Interesting Articles
Clinical Psychology
Learned Helplessness Theory - What Is It?

Children are developing humans. As adults, educators, and parents, it's our obligation to provide them with a safe and sensible…

Any stimulus, even a word or a symbol, can motivate or arouse an irrational fear such as phalacrophobia (the fear…