Locus of Control: Is Yours Internal or External?

The locus of control in psychology refers to what extent you believe you have control over what happens in your life. You might have an internal or external locus of control. Find out more in this article! 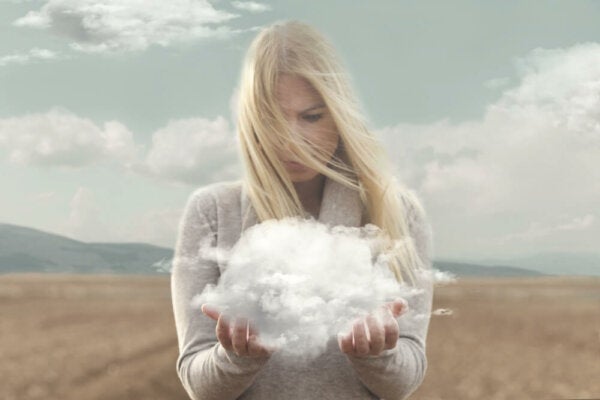 Locus of control is a widely used term in the field of psychology, especially over recent years. The term refers to what extent you believe you have control over what happens in your life. In other words, do you consider your own behavior to be caused by internal or external factors?

The locus of control connects with the psychological implications of your point of view and how it interacts with the environment. Let’s look at its main characteristics.

“People who believe they have the power to exercise some measure of control over their lives are healthier, more effective and more successful than those who lack faith in their ability to effect changes in their lives.”

1n 1996, Julian Rotter proposed the concept of the control locus as a personality trait in his theory of social learning. Although it’s believed that other authors might have referred to the locus of control earlier, in less explicit terms. Locus means “place” in Latin.

Rotter defined it in the following way, “If the person perceives that the event is contingent upon his own behavior or his own relatively permanent characteristics, we have termed this a belief in internal control”.

On the other hand, the author states “When a reinforcement is perceived as following some personal action, but not being entirely contingent on it, it’s typically perceived, in our culture, as the result of luck, and in this sense, it’s been said that it’s a belief in external control”. (Visdomine-Lozano y Luciano, 2006).

As you can see, Rotter clearly differentiates between internal and external control. Thus, if you attribute what happens to you to the way you behave, you have an internal locus of control. On the other hand, if you believe that what happens to you is down to fate or luck, and has nothing to do with your own behavior, you have an external locus of control.

This concept is quite important. If you believe that you have nothing to do with what happens around you, you probably won’t bother to try and change things. In fact, you’ll experience a kind of paralysis, where you’re prevented from acting to achieve any goals you might have.

There are two extremes at which you can place your locus of control, or, in other words, the causal origin of what happens to you. One is internal and the other is external.

What’s the difference between the internal and external locus of control?

As you’ve seen, if you have an internal locus of control, you’ll tend to think that your successes and failures are due to something inside yourself.

Thus, you’ll tend to rely on your own skills, efforts, and ability to achieve things. Furthermore, you’ll probably consider that you’re in control of these results. Consequently, you’ll feel able to achieve almost anything you want.

However, if you have an external locus of control, you’ll tend to think that the results of your behavior or actions depend on external causes and factors. Hence, you’ll think that you don’t play a part in what happens to you.

Therefore, if you have an external locus of control, your expectations will be rather unstable. In fact, you won’t expect to achieve a certain result because you’ve fought for it. Instead, you’ll just think of it as a dream that you may or may not ever achieve. In other words, you’ll hope that it’ll happen but won’t feel at all sure that it will.

Examples in the field of study

As an example, let’s look at the field of study. Students with an internal locus of control will develop high self-esteem and have optimistic expectations about their future. In this regard, self-esteem means feelings of self-acceptance, self-respect, and self-love.

On the other hand, students with an external locus of control will attribute their successes to either fate or luck. Consequently, they’ll struggle to see any success they achieve as being down to them. Then, they might get the idea that it just isn’t worth bothering to plan for the future.

As you can see, the competence of effectiveness or the degree to which you value yourself as capable of achieving your goals is closely linked to the idea of internality. This is because your internal attributions contribute more than anything else to boosting your self-esteem.

However, externality shouldn’t necessarily be detrimental to your self-esteem. This is because, if you have an external locus of control, you tend not to feel any responsibility for not achieving what you want.

How can you improve your locus of control?

Practicing mindfulness helps give you foresight for the managing of day-to-day situations. In fact, Hamarta E. et al, in the journal International Journal of Academic Research, suggest that this approach is, indeed, effective. In fact, they refer to the technique as being a predictor of the control locus.

Therefore, if you practice mindfulness for 20 minutes a day, you’ll find positive benefits in various aspects of your daily life. Amongst these benefits, you’ll be able to move towards an appropriate locus of control for each situation you find yourself facing.

How Does Your Mindset Influence Your Success?
If I ask you what determines success, what would your answer be? The evidence seems to suggest that your mindset is key. Read on! Read more »
Link copied!
Interesting Articles
Theories
Redirecting Your Anxiety and Tensions through Sublimation