Intuitive Theories Versus What Schools Teach 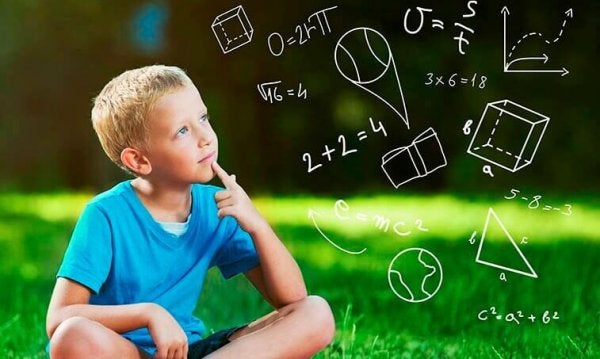 Let’s first explain what intuitive theories are. Before entering school, a child does not have a blank mind. Before they even start to study, a child has already created a series of theories that explain their reality. These are called “intuitive theories”.

Since they are considered as common sense, these theories can be incorrect or very imprecise. If we want children to really learn what reality is like, we must break away from these intuitive theories and replace them with those that explain facts correctly. We believe school should do this but does it?

Although we’ve just talked about intuitive theories in childhood, we form and keep these theories throughout our lives. Whenever an event occurs, whether physical, social, or political, that escapes our knowledge, our brain comes up with a common sense theory for it. But our common sense is often wrong or imprecise when it comes to large phenomena, though it does often help in our day-to-day existence.

Here we have a problem – our educational system curriculum treats students like they are passive. For the school, the students are empty glasses that they have to be filled with knowledge. However, this is not true – a student is like a plant that has to be watered so that it grows freely.

First, let’s talk about why schools see students as empty glasses. If we attend a typical class, we will find about 20 or 30 students sitting in front of a teacher who lectures using a blackboard. They will talk about many things that students will have to memorize and then translate into an exam. In this learning model, it is obvious that students are only passive learners – their only task is to listen to the teacher and do what they say.

When students are passive, they do not reach a deep understanding of subjects, they simply memorize the literal meaning of what the teacher gives them. So what happens if a student has an incorrect intuitive theory and they only passively receive information that disproves it? The answer is that the student continues to believe in their intuitive theory while remembering the correct theory, even if they are contradictory.

How is it possible for a student to have two contradictory theories in their head at the same time? Because when they don’t have a deep understanding of the correct theory, the student ignores the existing contradictions with their intuitive theory.

When the student is at school and a teacher asks them a question, they will look into their memory and respond with the correct theory. However, in a real situation, they will use their intuitive theory, which is the one they really believe.

To understand this, let’s do a little exercise. Spend a moment thinking about the following question. If we jump very high upwards while going up an escalator, which step do we land on: the same one we were standing on, the one above it or the one below it?

Intuition tells us that when jumping, we remain in the air while the ladder continues to rise, so we will land on the next step down. But this is wrong, Newton’s law of inertia tells us that any moving body stays in motion if there are no other forces acting against it, therefore we would land on the same step, since we would maintain the movement – the speed that we were going up – of the escalator during the jump.

If you answered the question correctly, congratulations! If you were wrong, don’t worry, recently some physics graduate students were asked these types of questions in an investigation carried out by the psychologist J. Clement, and 88% of them gave the wrong answer. This is how we can show that students, although they can do complicated physics exercises perfectly using the theories they learned when completing their degree, when they are asked a question outside of the  academic world they listen to their intuitive theories.

Is there a solution to this problem?

The solution to making sure that theories that explain reality correctly triumph is to make sure that students have a deep understanding of the correct theories and contradictions with intuitive theories. Unfortunately, the current educational system is not able to do this. This is because it does not treat the student as an active agent of their own learning.

To achieve deep understanding and reject incorrect theories, the classroom should be a place for debate where students can expose their theories and, with the teacher’s help, adjust them so that they are closer to the correct theory.

The question we have to answer is: how can we turn the classroom into a space for debate?