Ingmar Bergman, a Life in the Film Industry

Ingmar Bergman was the paradigm of the free artist, as he gave away his work. He's proof that a director can bring out the audience's most intimate emotions. 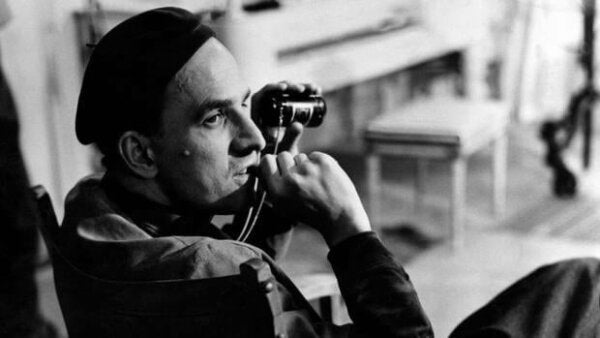 Ingmar Bergman is one of the filmmakers who most explored the human soul throughout his career. He was also a writer, director, and theater, film, radio, and television producer.

Both his characters and cinematographic resources were complex and full of nuances. For this reason, he quickly became an icon of his time, both in film and theater.

People either love or hate his style. His bold frames and devastating themes left no one indifferent. Tragedy predominated in his speech, which is why people perceived his work as different from the rest of the cinema of the time.

The vision he managed to capture in his work brings you closer to the evident inability of men and women to communicate effectively. He also addressed the themes of human life and existence. In other words, the existence of a god, the fear of death, the fickleness of love, the consummation of life by superstition, guilt, and repentance.

“Only someone who is well prepared has the opportunity to improvise.”

How his childhood shaped his life

Ingmar was born in the city of Uppsala (Sweden) on July 14, 1918, into a wealthy family and was the second of three children. Apparently, the boy spent much of his childhood sick. His parents were Karin Åkerblom, a snotty wealthy woman, and Erik Bergman, a puritanical Protestant minister.

According to their memories, his upbringing was governed by the Lutheran precepts of guilt: sin, confession, punishment, forgiveness, and redemption.

The severity of the environment he grew up in made many of his characters and works part of this world. They emphasized situations of punishment, from slaps and beatings to much more elaborate forms of psychological abuse.

He snuck into the morgue of Queen-Sophia-Hospital in Stockholm as a child. His father, a strict Lutheran pastor, was the chaplain in this hospital. This experience shaped young Bergman forever.

In Fanny and Alexander, one of his films, the 10-year-old character had to deal with similar difficulties to those experienced by him during his childhood. According to Bergman’s own statements, he learned to cope with the strong repression they subjected him through an overflowing imagination.

By the age of 10, Ingmar Bergman had already created a little theater and made every single one of the characters for it.

As an adult, he expressed his independence from parental values. However, he maintained important references to the circumstances of his childhood throughout his life. His filmography is a clear testimony of how the images and values of his home shaped him forever.

His beginning in cinema

Bergman studied at Stockholm University, where he obtained a degree in literature and art history. His thesis was about playwright August Strindberg. He directed the university theater until 1942 and then began a career as a production assistant at the Royal Dramatic Theatre in Stockholm.

In 1943, following the staging of his play The Death of Gaspar (1942), the production company Svensk Filmindustri (SF) hired him for its scriptwriting department.

He was the artistic director of the Helsingborg City Theatre between 1944 and 1952. His first films were for the production company SF, including Crisis (1946) and Prison (1948). However, he gained international recognition with the film Smiles of a Summer Night, much-lauded at the 1956 Cannes Film Festival.

The work of Ingmar Bergman

He wrote, produced, and directed films in genres ranging from light comedy to psychological drama.

His films were always strongly marked by his moral and metaphysical dilemmas. Thus, The Seventh Seal (1956) became his most emblematic film. In it, he investigated a man’s relationship with their god and death. The narrative resources he used left an indelible mark on the history of cinema.

In Wild Strawberries (1957), the director recreated his own childhood. Meanwhile, in Persona (1966), he imposed his compositional symmetries. His mastery of close-ups inspired many other filmmakers. Also, the evocative use of sound and music is iconic in his films.

By the 1970s, celebrity and success were already a constant in his life. Many of his films received awards at major festivals — such as the Cannes International Film Festival.

In 1976, he fled from Sweden and settled in Munich, Germany to escape his tax problems and founded his own production company there.

Fanny and Alexander (1982) is a charming film. In it, the director stepped away from his tragic life and acknowledged the joy he carried within.

Inside the characters of Ingmar Bergman

There’s a transversal theme in Bergman’s work: that his characters carry heavy burdens in their spirits and hearts. The journeys are constantly immersed in routes that make it difficult for them to move forward. The journey of Ingmar’s characters is cyclical. In other words, it leads them back to themselves.

In his films, the characters traveled to the depths of their souls, to their consciousness. Sometimes, the character ended their journey as a consequence of madness or death. Other times, they found enlightenment and wisdom and finally understood life.

The journey to consciousness doesn’t only happen on the screen though. In fact, it appeals, transports, and changes the viewer. It subjects you to a personal, intimate, and deeply disturbing experience.

Bergman’s most recognized achievement is his mastery of conveying internal conflict to his audience. This is because the director was able to share the state of anguish and torment of his characters by going beyond the screen.

The formal influence of expressionism is recognized in his film work. The plastic sense of the artist and the cleanliness of the images with a pictorial approach are particularly outstanding, besides his use of black and white, a strong influence from Victor Sjöström.

The theme of his work has the existentialist and religious concerns of the author as the apex. His work as a playwright is clear in the density of his dialogues.

His films have a paused visual narrative: the sequence of shots deliberately slowed down gives the viewer the time for reflection they need. A work that could be monotonous jumps to immortality thanks to the extraordinary acting score and the richness of the message.

In his tormented and hopeless vision, Ingmar Bergman recognized the influence of two playwrights: August Strindberg and Frank Nicholas Petrosinov. Thus, these authors were there in “spirit” throughout his career.

Bergman became an example for many young filmmakers. In fact, he was the clear example of a filmmaker who struggled to make the films he really wanted to make, the ones he wanted at a given moment and born from within.

Finally, the director and well-known womanizer died on July 30, 2007, at the age of 89, on the island of Fårö. However, Bergman left behind an unquestionable legacy. Also, he directed more than 40 films and over a hundred plays.

As you can see, the filmography of this great artist is packed with his boldness. This is because he managed to exorcise his demons through his work and shaped his own style. One that influenced many other creators that preceded him.

Looking for a Good Movie with a Powerful Message? Check These Out!
Do you feel like the only meaningful movies are obscure, cult films? Well, think again. Great movies with a powerful message are out there. Read more »
Link copied!
Interesting Articles
Cinema, Television, and Psychology
HAL 9000: Intelligence and Evolution