Identity and the Ship of Theseus

The ship of Theseus is a paradox of replacement. If an object's components are replaced, is it still the same object? Learn more with us! 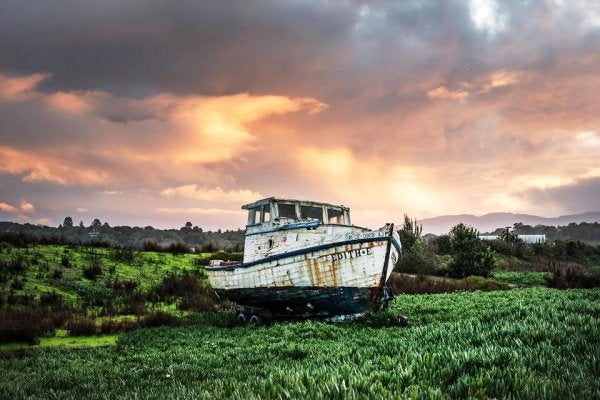 We tend to think that our identity is unique, that we’re born with it and it always remains the same. However, in reality, our identity is more fragile than that. The ship of Theseus paradox is a great example to help us better understand this idea. This paradox goes something like this: “During the boat trips, the wood planks broke or rotted, so they had to be replaced. When Theseus returned home, the ship that docked in the port didn’t have a single one of its original components. Even so, the crew didn’t doubt for one second that it was the same boat”.

The ship of Theseus is a paradox of replacement. If an object’s components are replaced, is it still the same object? We can also apply this paradox to people. Are we still the same even if our physical appearance changes? What if our personality is what actually changes?

The ship of Theseus and identity

According to the Greek legend, Theseus was the founder of Athens. Other legends allege that he was Poseidon himself. One of Theseus’ stories state he took a boat trip from Crete to Athens. Now, the boat was 300 years old, which explains why many of its components had to be replaced. After a complete restoration, the boat no longer resembled the original. The new ship had none of its original components.

The ship of Theseus in philosophy

Philosopher Thomas Hobbes delved deeper into this paradox. He proposed that every piece of wood that was substituted on the boat was saved to make a new ship. Drawing from this story, Hobbes established the following questions: Which of the two ships is Theseus’ actual ship? You could say that the original. But that’s not what Theseus thought. He believed that his ship was restored, not replaced.

As we mentioned above, this paradox also applies to identity. Do we have a stable identity or can it change? Philosopher Heraclitus made a very famous statement related to this: “No man ever steps in the same river twice, for it’s not the same river and he’s not the same man”. This quote makes us all wonder if our identity changes when we change something about ourselves.

This paradox is simpler when it comes to people’s physical appearance. A person could get various organ transplants. However, they’ll never be able to change every single organ in their body. By this, we mean that the person would still be the same. On the other hand, scientists believe that people’s essence lies in their brain.

But there’s a catch. We’ve come closer to the point where the brain will also be able to be replaced. What would happen if we could technically transfer our thoughts, memories, and plans to another brain? What if we could transfer all that information to a system that works just like our brain? Would we still be the same?

It’s impossible for us to look at ourselves in the mirror in different stages of our lives and see the same person in the reflection. Our physical appearance changes, just like our personality. However, people aren’t just their physical appearance and personality. They’re also their relationships with others, their relationship with the environment, their plans, their job, etc. Our social identity is a huge part of who we are.

Thus, it doesn’t matter if a person’s physical appearance changes because they’ll stay the same if their environment stays the same, right? Like any paradox, the ship of Theseus is yet to be accurately explained. However, it can help us better understand and accept change.

Karl Koch's Tree Test is an interesting projective test of our personality as well as our underlying emotional universe. Because it is easy to use, it is common to do…

Psychology
You Can Do Anything, but Not Everything

The world is full of big things to do and achieve. You can have great gifts and talents, you can…