The Hidden Cost of Rewards 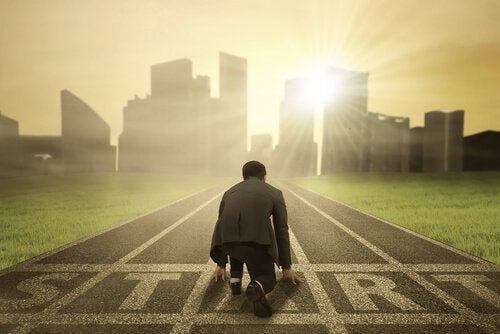 When you reward someone in a conscious way, you do it with the intention of reinforcing certain behaviors or attitudes. This is especially true in the case of children. However, there is a hidden cost of using rewards to influence behavior. If you employ reward-based motivation, you end up undermining the intrinsic motivation that that person has for the activity they are engaged in.

In order to explain the effect of the hidden costs of rewards, we have to understand the difference between both types of motivation. Intrinsically motivated behavior is what we do spontaneously for pleasure or personal interest. These are things we do in the absence of any kind of reward, incentive, or external control. Consequently, these activities are not the means to an end. They are worthwhile in and of themselves.

On the other hand, extrinsic motivation comes from incentives and consequences from the external environment. It comes from a behavioral contract that says “do this” (required behavior) and you will get “that” (contingent prize).

At first glance, behaviors can appear to be intrinsic or extrinsic. But the fundamental difference between the two resides in the source that energizes and directs the behavior. With intrinsic motivation, it comes from the spontaneous satisfaction of the psychological need that the activity provides. With extrinsic motivation, it comes from the external incentives and consequences.

People give rewards because they expect that it will increase motivation and behavior. But when you give a reward, this extrinsic prize interferes with the learning process. It also gets in the way of autonomous self-regulation. This is one of the hidden costs of rewards.

Imagine if parents always rewarded their children with money for getting good grades. After this happens several times, the student will only want to memorize information to pass. In other words, they won’t feel intrinsically motivated to have a conceptual understanding of the material. Instead, they’ll study in order to get something in return.

People feel more creative when they’re primarily motivated by interest, enjoyment, satisfaction, and the challenge of the work itself, more than by external pressures.

In basic terms, forcing or over-incentivizing someone triggers a change in the weight of the reasons to carry out the task. This is true even when the reward is very attractive (like money, for example). The reasons change from being related to autonomy to being related to the environment (Deci et al, 1999).

Expected rewards undermine intrinsic motivation. Unexpected rewards, however, do not. The hidden costs of rewards are more or less accentuated depending on the nature of the reinforcement.

Tangible rewards exercise a form of control over behavior. Examples of these are money, prizes, and trophies. We use them frequently in different contexts (family, work, school) to encourage people to do things that they wouldn’t do otherwise.

According to numerous studies, unexpected and non-contingent tangible rewards do not negatively affect intrinsic motivation. They do not increase IM nor do they reduce it. Remember that the latter are the rewards that a person receives independently of their performance. Rewards contingent upon participation, finalization, and execution, however, do reduce intrinsic motivation.

When is external motivation positive?

There are certain situations in which extrinsic motivation works well. In those cases, there is no hidden cost. In other words, there are exceptions in which the incentives, consequences, and external rewards are beneficial. We’re specifically talking about those activities that have a very low intrinsic attraction in and of themselves.

Examples of these types of activities are recycling, energy conservation, obeying traffic laws, or getting senior citizens to participate in physical activity. In all these examples, it’s fruitful to reward good behavior. If we don’t reward this behavior, people will not actively engage in it.

The hidden costs of external rewards on intrinsic motivation is limited to the activities that people might be interested in doing anyway (absent external motivation).

A Balanced Motivation: The Best Way to Learn
A balanced motivation means exactly what the name suggests: finding a balance in the things we enjoy, but there's more to it. Click here to learn more! Read more »
Link copied!
Interesting Articles
Psychology
I'm Not Sure How, But I Will Get Through This

I don't know how I am going to get out of this black hole I'm in. Sometimes life fogs up all…

Psychology
Science and Religion - Results of an Absurd Debate