Forgive Yourself, Don't Worry About Anything Else 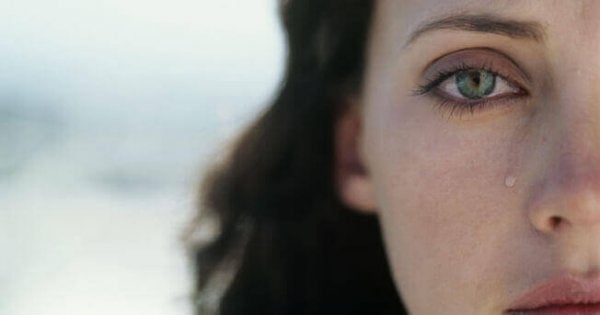 Forgive yourself. Be brave enough to be compassionate with yourself. Stop criticizing yourself, blaming yourself, thinking about what would have happened if you’d acted differently…Why do you treat yourself so badly?

Do you really think treating yourself that way will help? Do you think punishing yourself is the way to fix your mistakes? A mistake is just an incorrect way of doing something, not a reason for the person who makes it to collapse. Forgive yourself.

There’s no need for you to hate yourself, scream internally at yourself, or assign yourself every bad quality you can think of…Whatever you did and and got wrong hasn’t suddenly become the biggest part of your identity. How can you reduce your whole self down to one mistake? Why are you covering up your strengths, virtues, and positive traits? Forgive yourself.

I know you didn’t want things to go that way, and that it wasn’t your intention. But I don’t understand why you hide yourself away in the deep cave of self-disgust just because of it. Let me tell you something. I’m not trying to convince you, I just want to give you something to think about. Then you can decide.

Making mistakes is human. That’s the truth. Mistakes are common, especially if you want to evolve. And everyone else makes them too. Some people do it every day, other people only once in a while…We have to make so many choices in life it’s impossible to always make the right one. And just like William James said, when you have to make a choice and don’t, that’s a choice in and of itself. And since it’s a choice, you still might be making a mistake.

As you can see, you haven’t done anything everyone else hasn’t. It’s more normal than it is an exception, no matter how much you might think the opposite. A mistake is an invitation to discover a new path, a new way of doing things. It’s a trampoline that bounces you straight to improvement. It’s not a pit where you fall in and never get out, trapped and abandoned forever. It’s also not a reason to punish yourself, or to be your own judge, jury, and executioner.

But there are mistakes and then there are mistakes. Remember this. There are the kinds of mistakes you don’t make on purpose, and the other kind with offensive and humiliating intentions towards other people. Those are much more complicated and need more special  treatment, especially if they happen a lot.

They might be a sign of pride, bitterness, or emotional immaturity. Anyway, the best thing to do if you’ve gotten out of control is to see a professional. But I’m not here to talk about that kind of mistake, I’m here to talk about the first kind. The kind we all make more often and that ends up chaining us down…

Don’t turn into your own worst enemy

You might not have realized it yet, but from the moment you made the mistake you’ve been turning into your own worst enemy. On the first day you regretted it and thought how stupid you’d been. But after that you’ve done nothing but infect yourself with poisonous words. You’ve declared war on yourself.

You’ve gotten into the most intense, ruthless self-criticism…and it made you feel a deep self-disgust. But this was behind the scenes. That’s right, it was while you went on with your life, from one place to another, in the shower, in bed…You’ve started  to see yourself as a monster without realizing it. Even if no one else can tell, you’ve started to break on the inside.

Maybe you’re leaving some clues, like being defensive or more reserved than usual. And maybe you started to restrict your life a bit more. You find you don’t want to do some things or, in some scenarios, you’ve stopped talking to other people. The thing is that the act of making a mistake has completely taken over your life and disoriented you.

Doubt, excessive worrying, comparisons, blame, and criticism are your best friends now. It’s almost like you don’t know how to do anything without them. If they don’t show up, you go looking for them. And now you’re stuck in the discomfort.

Forgive yourself and move forward

Do you still think you dealt with your mistake the best way possible? Do you think turning into your own worst enemy is the right price for getting something wrong? Let me tell you, it’s not. You’re so much more than a collection of your mistakes.

Forgiveness is learning to let things go so you can reinvent yourself.

Forgive yourself. It’s the only way to break all the negative thoughts you built up to this point. It’s the best method for breaking your chains and moving forward. But don’t do it just because you feel you should, or because you’re reading this now. Do it because you really feel that way.

Look in the mirror and make peace with yourself. Ask yourself for forgiveness. And do it from the bottom of your heart. Give yourself another chance. There’s nothing that can teach you more than a mistake. But only if you choose it as a teacher and not a friend, of course.

Recognizing Our Mistakes Means We Can Learn From Them
Confucious said, "If you make a mistake and do not correct it, this is called a mistake." If we deny our mistakes, can we learn anything from them? Read more »
Link copied!
Interesting Articles
Psychology
5 Meditation Mantras For You to Try

Psychology
The Delicate Art of Responding to Praise

Responding elegantly to praise is not an easy art to master. Maybe it's embarrassing and you downplay it, or you…

Psychology
"If You Love, You Suffer. If You Do Not Love, You Get Sick"