Five Films About Optimism To Watch

Here are five films about optimism. These films are full of encouraging messages. They can teach you how to turn certain unfavorable circumstances in your life around. 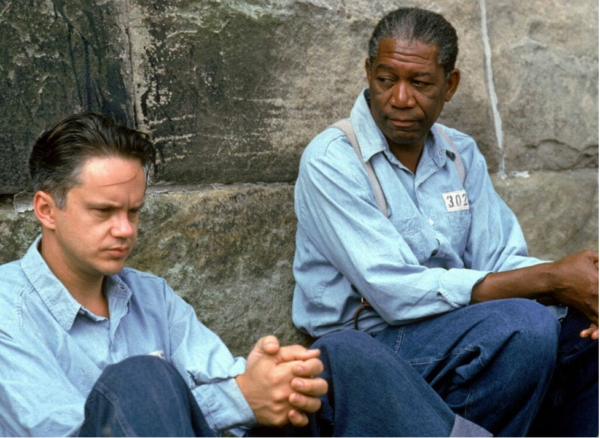 Cinema has always been, as well as an art, a means of spreading information. Furthermore, it tends to be a reflection of the social values of that particular moment in time. In fact, it’s basically an educational medium via which many things can be transmitted, including stories, messages, and values. In this article, we’ll tell you about five films about optimism. These films, either due to their stories or their characters, simply radiate optimism.

Firstly, let’s decide what optimism actually means. Is it simply the sense of being able to overcome a struggle? Is it a way of living or viewing life? Is it a focus on the positive? In fact, how can a movie tell you anything about optimism? Let’s find out!

Optimism: what does psychology say?

Before listing the five films about optimism, let’s talk a bit about the concept itself. Have you ever wondered what optimism is? Carver and Scheier (2001) spoke of dispositional optimism as referring to widespread positive expectations of outcomes. In other words, the belief that the future holds more successes than failures.

On the other hand, according to Gillham, Shatté, Reivich, and Seligman (2001), optimism includes expectations of control over the results of your actions, expectations about the possibility of achieving positive results in the future, along with a certain component of personal effectiveness.

The following five films convey a message about optimism, either directly or indirectly. Indeed, in all five films, the concept of optimism takes center stage.

These five films are as diverse as the various characters depicted in them. Indeed, the five films all have different themes and are from different genres. However, they all have one characteristic in common: they portray optimism as a way of life. Filmaffinity, a reference portal for moviegoers and filmmakers, awarded each film a score. These scores are also listed in this article.

100 Meters is a Spanish film starring Dani Rovira. He plays Ramón, a thirtysomething father who just lives for his work. At least that’s the case until his body begins to fail. Then, he’s diagnosed with multiple sclerosis and starts to flounder. Furthermore, his prognosis is that he’ll be unable to walk even 10o feet in a year.

However, thanks to his grumpy father-in-law, Ramón embarks on a journey of self-improvement and optimism and makes plans to run a marathon. His partner and son are also with him along the way. Will Ramón make it? To find out, make sure you don’t miss this movie. It’s vibrant and full of life, yet touching at the same time.

This is another film about optimism that you shouldn’t miss. It chronicles the experiences of an official of a provincial administration department who’s in charge of the comfortable yet routine task of issuing hunting and fishing licenses. He lives a quiet and comfortable life in his parents’ house and has a romantic relationship that isn’t really going anywhere.

The protagonist’s world collapses when he loses his job. He then embarks on an adventure in various remote regions of Italy, finally moving to Norway in a North Pole scientific station. How does this change his life? Another entertaining must-see film.

And why not? It’s a real classic! This American film starring John Travolta and Olivia Newton-John is another one on the optimism list. It’s set in the summer of 1959 and the protagonists are Sandy and Danny. The couple has spent the summer together but now the holidays are over, and they’ve gone their separate ways. That’s until, totally unexpectedly, they see each other again at Rydell High School. However, Danny’s attitude has changed. The film is full of romantic twists and turns. It’s fresh, fun, and full of toe-tapping music. Highly recommended.

An Australian film starring Teresa Palmer and Sam Neill. The film is based on a true story that’s full of optimism and self-improvement. It tells the story of an athlete who became the first female rider to win the Melbourne Cup in 2015.

The protagonist, Michelle, is the youngest of ten siblings who, from a young age, has faced a lot of difficulties. However, even though she’s had a hard life, this doesn’t stop her from achieving her dreams.

This is a critically acclaimed American film. Starring Tim Robbins and Morgan Freeman, this film certainly couldn’t be omitted from the list.

It tells the story of Andrew Dufresne, who0s accused of murdering his wife and sentenced to life in prison. Once in Shawshank State Prison, he manages to earn the trust of the director and the respect of his comrades, especially Red, the head prison smuggler. This film has large doses of optimism, yet is also intense and powerful in equal measure.

If you’re in need of cheering up, or even if you’re happy already and just want a film to match your mood, try one of these five films. You certainly won’t regret it. If you don’t fancy any of them, think of all those other films of every genre and theme imaginable, that are just waiting to be watched.

“The cinema isn’t an art which films life: the cinema is something between art and life.”

A Surprising Study About Optimism
Michigan State University recently published the results of a study they conducted about optimism. This is the largest study of its kind. Read more »
Link copied!
Interesting Articles
Cinema, Television, and Psychology
What a Robot Can Teach Us About Resentment and Jealousy