Using a freelancer to do the job of a full-time employee is legal fraud and has serious consequences for the offending company. In this article, we'll take a closer look at this common cost-cutting measure. 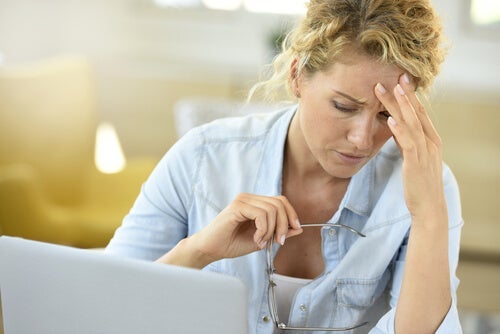 Fake freelancing is when a company hires an independent contractor to do the work of a full-time position without providing any of the benefits. It’s an illegal cost-cutting strategy that some businesses use.

Since the economic crisis, fake freelancing has been on the rise. It makes it possible for businesses to avoid paying the taxes and other costs they would incur by employing someone full-time.

While this might be advantageous to businesses in the short term, it’s fraudulent and has serious legal implications.

Next, we’ll discuss how to identify fake freelancers and the legal implications of hiring them.

What’s fake freelancing and how can you identify it?

Spain doesn’t have an official legal definition of fake freelancing. Basically, a fake freelancer is someone who’s registered for tax purposes as an independent contractor but works for a company as if they were a full-time employee.

To better understand the fake freelancing situation, you can look at the Spanish Workers’ Statute. There, you’ll notice the following characteristics:

Fake freelancers are self-employed workers who follow the company guidelines and use the business’s resources. They also receive a fairly fixed salary. It depends on how many hours the freelancer works, of course, but it’s always within the margins established by the company.

Thus, they have no work autonomy. They do whatever their supervisors tell them and they act like a full-time staff member. It’s a contradictory and detrimental situation. This is because employees have certain rights that fake freelancers don’t have because they aren’t considered full-time employees.

The legality of the situation

Legally, the important thing isn’t what the documents say. It’s enough to reference the typical “contracts are what they are, not what workers say they are”. At the end of the day, the “freelancer” is following the requirements and conditions of a full-time employee. As a result, the involved parties are committing fraud because the company isn’t paying what they would be paying if they actually hired someone as a full-time employee.

Companies use fake freelancers to avoid the costs associated with hiring employees. But this kind of scam has serious consequences, including fines.

What are the disadvantages of being a fake freelancer?

Since the worker is technically an independent contractor, the normal laws that protect employees don’t apply to them. That means there’s no minimum wage, paid vacation, sick days, bonuses, or any other benefits that a regular employee would have.

At the same time, freelancers register and pay taxes as self-employed workers. Fake freelancers have to do the same.

Not only that but if something happens, fake freelancers don’t have the right to unemployment benefits (unless they’ve paid into the system on their own). Lastly, if they get fired or laid off, they won’t receive any kind of severance pay, unless they made an agreement with the company at the beginning.

This illegal situation is easy to prove. Thus, if you’re working as a fake freelancer, speak out. The company will be fined for not registering you and providing benefits. You can also demand that they pay social security fees and taxes from the last four years.

If you’re in this situation in Spain and you decide to speak out against the company, you can file the complaint in Social Court or with the Labor Inspector.

To solve this problem, the Spanish government created a category called “Economically Dependent Self-Employed Workers”. This is a contract that freelancers can use if they receive 75% or more of their pay from a single client.

At first glance, it might seem like the legalization of fake freelancing. However, it actually provides some benefits to self-employed workers:

But is the solution appropriate for the problem at hand? After all, the contract for economically-dependent self-employed workers doesn’t offer many benefits. It also makes it impossible to subcontract another employee, and you still have to pay self-employment taxes and social security.

In conclusion, it’s important to keep these two possibilities in mind when it comes time to sign a contract with a company. Don’t let them take advantage of you and pressure you into a legally precarious situation. Many companies these days, such as Glovo and Deliveroo (both with pending lawsuits filed against them for fake freelancing issues), benefit at the expense of their employees’ rights.

Are You a Freelancer? Be Careful With Your Health
A study says that the longer you work as a freelancer under stressful conditions, the more likely you will have to take a break from working for health reasons, and for longer periods of time. Read more »
Link copied!
Interesting Articles
Culture
Hans Rosling: The Prophet of Demographics

Hans Rosling's predictions started to be highly valued when Gapminder Foundation, which he founded, developed an incredibly interesting piece of…

Work
How to Discover Your Talents

When you're on the path to success, it's easy to become disoriented. You're probably wondering if you're doing the right things to make yourself happy and what your true talents…

The Z-test, or the Zulliger test, is a projective test that was developed in 1942. At first glance, it's easily…

Think about something for a second. What does everyone do from the time they finish school and until retirement? You…

Work
Returning to Work After Depression

Returning to work post-depression isn't always easy. Getting back to your routine and schedule can be complicated, as is the…