Failed Predictions Are the Reason Why People Are Unhappy

The origin of failed predictions and the origin of unhappiness is that people tend to overestimate the impact that present events will have in the future. It doesn't matter whether they're good or bad. Overestimation requires imagination. 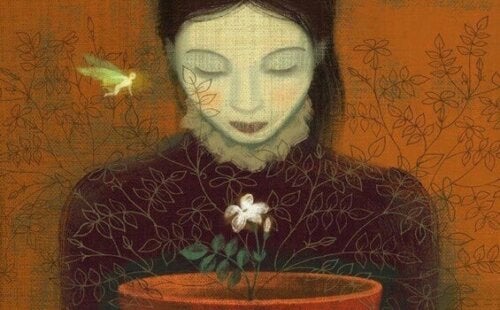 Failed predictions happen when you think of winning the lottery, have an emotional reaction in the present, only to be disappointed when you don’t, for example. Thus, people’s assumption that they’ll feel a certain way if their prediction comes true is the subject of today’s article.

Few people realize their emotional state is constantly changing. Imagine that you do win the lottery, as per the above scenario. However, someone close to you dies that very same day and you’re sad. Your assumption was that something as fulfilling as winning the lottery would make you really, really happy. Unfortunately, a separate circumstance affected you. Thus, relying on your current emotional state to guess what’ll happen in the future only leads to more failed predictions than accurate ones.

“You can’t be happy unless you’re unhappy sometimes.”

Failed predictions have the past as a basis

You rely on your present emotional state to guess what would make you happy. However, there’s another resource you use: the past. This is because you gather the memories you have about certain experiences and use them to predict a future that might not match your expectations. Indeed, failed predictions happen because they come with expectations.

For example, think that you haven’t had much luck with the people you’ve worked with, in the jobs you’ve had. You never managed to establish a good relationship with them. In fact, they tried to manipulate you because they wanted to stand out by making you look bad. Therefore, you’ll most likely try to predict what’ll happen in a future job in two different ways.

You’ll probably assume the same thing will happen to you in your new job if you have low self-esteem and your self-confidence is at its lowest due to such experiences. You’ll show up rather insecure and full of fear on your first day and dread what you “predict” is going to happen. In the second scenario, you’ll dream of meeting a lot of nice people you can establish good relationships with, probably not only in the work environment but also at a personal level.

Both one assumption and the other may lead you to failed predictions. This is because events are unpredictable. You may be lucky enough to be right and believe that everything happened as you thought it would. Usually, you’ll wait for everything to go well. But what if it doesn’t? Well, then, what you thought might make you happy will actually make you sad.

Failed predictions don’t just have to do with your emotional state or past experiences. You need to pay attention to the fact that people tend to only notice the details they consider important. For example, you only focus on the working relationship with coworkers. But what about the job itself? What will it add to your professional growth?

People set aside certain sides of themselves because their emotions in the present moment urge them to focus on something that affects them and they want to change. Not being rich, not having nice co-workers, not having been able to have a child yet… All of those things make people believe that winning the lottery, getting awesome co-workers, or having a child will make them happy. But what if that doesn’t happen?

Sometimes, people may make rash decisions based on predictions that may not come true as they expected. Something you thought would make you happy suddenly doesn’t. Well, it’s too late to turn back.

You must be aware that emotions fade away. Thus, although winning the lottery would make you happy, this emotion wouldn’t last. There’ll always be bad moments and experiences that’ll make you feel sad. Thus, overestimating this can make you act without caution and suddenly find yourself full of debt.

4 Values That Govern Our Lives But Make Us Unhappy
A lot of the world and our lives revolve around values like power and money. How does this positively or negatively affect our day to day life? Read on! Read more »
Link copied!
Interesting Articles
Personal Development
You're More Than Your Mistakes

Personal Development
Learn to Come First, You're Your Priority