Facing sterility isn't the end of the world and it doesn't have to lead to the end of a relationship. Fatherhood and motherhood in human beings are mainly symbolic and don't necessarily refer to biological functions. There are many other alternatives. 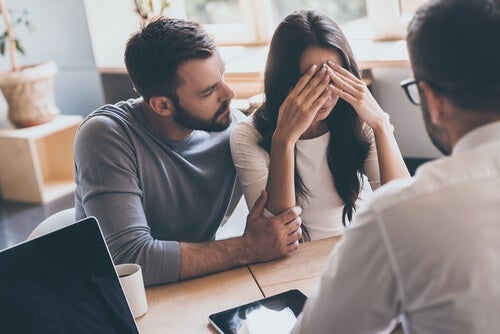 People facing sterility can get frustrated. It’s a real source of pain for those who dream of becoming parents. The impossibility of fulfilling that natural desire can even affect their self-worth. However, there are many ways to deal with it, as with all human problems.

Sterility is an increasingly frequent problem. Estimates indicate that one out of every six couples is currently facing this reality.

Typically, the news that one or both partners isn’t fertile comes as a surprise. Nearly everyone assumes they have the ability to procreate until a test indicates otherwise. This is why it isn’t easy to assimilate from the beginning. However, there are ways to make this process less overwhelming.

“At the end of the day, we can endure much more than we think we can.”

As with so many issues, sterility is subject to public opinion. Everyone knows someone who couldn’t have children and were finally able to conceive after treatment. Couples who have received an infertility diagnosis sometimes fall into the hands of paths that aren’t backed by science.

One of the most widespread myths is that the anxiety to have a baby is precisely what keeps people from conceiving. This is a form of victim-blaming that creates an additional burden in the form of guilt, which is why it’s absolutely unnecessary.

While it’s true that stress can influence fertility, the cases in which it could be the determining factor are rare and don’t carry significant weight in terms of statistics. Only when a doctor makes such a statement is it worth believing it.

One of the most immediate consequences of a sterility diagnosis is the beginning of inequality within a relationship. In general, only one of the partners that comprise it can’t conceive. But, in any case, it affects both partners and it’s sort of a litmus test for the stability of their relationship.

It isn’t easy for either one of them. However, it isn’t good to try to solve the problem only on an individual level. It’s obvious that both will need to build their own narrative, but the most appropriate thing is for them to discuss the subject openly and frankly. It’ll lead to misunderstandings otherwise and these, in turn, will lead to conflicts where there shouldn’t be any.

It’s important to allocate time and space in order to discuss this. It isn’t advisable to think of it and talk about it all of the time. In fact, it might be a good idea to start some small projects together. This goal will keep the communication channels open and allow you to accomplish mutual goals.

When a person is diagnosed as sterile it’s usually because the doctor has already exhausted all of the assisted reproduction options. This means that both people are, most likely, already showing some signs of emotional wear when facing this news. However, they’re also somewhat more prepared for it, although it doesn’t downplay the issue.

There’ll be no immediate resolution and the subject deserves a set of reflections that require rest and time. It’s one thing to contemplate that possibility and another one to confirm it. It’s best not to push the other into taking the next step.

Learn about the alternatives that do exist, both for having a child with the DNA of one of the two relationship partners, as well as adoption. Of course, there’s always the possibility of ending the relationship. Thus, if there’s too much tension, conflict, or anxiety, try couple’s therapy.

Finally, being a father or mother goes beyond sharing DNA. The wonderful and magical thing about having a child isn’t only what happens inside a female body, but the fabulous transformations that take place in your mind and in your heart.

Illnesses
Surviving Cancer and What Happens Next

Illnesses
The Relationship Between Depression and Back Pain

There's a direct relationship between depression and back pain. In fact, the former tends to appear along with the latter.…