Exercise and Mental Health: How Much Is Too Much?

According to a study, exercise significantly improves our perceived mental health and it directly influences our mood and self-care behavior. 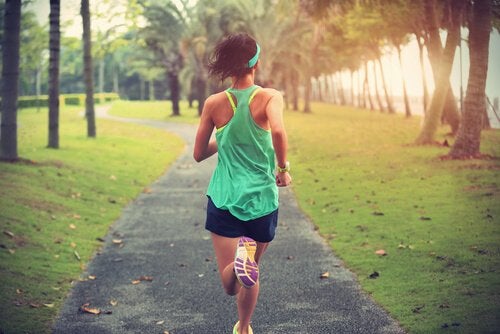 Exercise and mental health directly impact your overall health. Many studies suggest that exercise helps people cope with mental health problems and that it significantly boosts their well-being. However, a recent study confirmed a hypothesis that should come as a warning to some: too much exercise can negatively impact your mental health.

Another observational study, the largest of its kind in the world, found that people who exercise report fewer mental health problems compared to people who don’t exercise.

The study also concluded that team sports such as cycling, aerobics, and going to the gym are associated with the largest reductions of mental health problems. This study was conducted by researchers at Yale University in New Haven, Connecticut.

The study was conducted to better understand how exercise impacts mental health. The researchers also tried to identify which types of exercises provide an emotional boost. In addition, they wanted to know how much exercise is too much. These findings were published by The Lancet Psychiatry journal.

“Exercise is associated with a lower psychological burden for people, regardless of age, race, sex, family income, and educational attainment,” says Dr. Adam Chekroud, lead author of the study. Chekroud also explains: “[…] the details of the distribution of the exercise, as well as the type, duration, and frequency, played an important role in this association. Now we are using this to try to customize exercise recommendations and bring people together with a specific exercise regime that helps improve their mental health.”

More can be less

More exercise isn’t always better. The study mentioned above determined that exercising three to five times a week for 45 minutes is very beneficial. The study included all kinds of physical activities such as babysitting, housework, mowing, fishing, cycling, gym activities, running, and skiing.

We know that exercise reduces the risk of cardiovascular disease, stroke, diabetes, and that it might even delay death a bit. But its association with mental health remains unclear. This is because the research that has been carried out on the effects of exercise on mental health has yielded contradictory results.

While some evidence suggests that exercise improves mental health, the impact goes both ways. For example, inactivity could be a symptom of, and a contributor to, poor mental health. And being active could be a sign of or contribute to resilience. The authors point out that their study can’t establish what’s a cause and what’s an effect.

In the study, the authors used data from 1.2 million adults from all 50 USA states who completed the survey on the Behavioral Risk Factor Surveillance System in 2011, 2013, and 2015. This included demographic data, as well as information on physical and mental health. The study only took depression into account.

The relationship between exercise and mental health

The participants mentioned how many of the past 30 days they felt that their minds didn’t work well due to stress, depression, and other emotional problems.

The researchers also asked participants how many times they exercised in the last 30 days and for how long. All the results were adjusted according to age, race, sex, marital status, income, educational level, employment status, body mass index, self-reported physical health, and previous depression diagnoses.

The results and what they mean

In general, 75 types of exercise were included in the study and were distributed into eight categories: aerobics and gymnastics, cycling, home activities, team sports, recreational activities, running and jogging, walking, and winter or water sports.

The authors noted that people who exercise too much may have obsessive-compulsive characteristics that could put them at a greater risk of poor mental health.

Team sports lead to the lowest mental health burden, and this may indicate that social activities promote resilience. They also reduce depression since they reduce social isolation and feelings of loneliness. This gives social sports an advantage over other types of sports.

Furthermore, keep in mind that the study analyzed people’s self-assessment in regards to their mental health and exercise levels. Thus, it analyzed perceived mental health and not objective mental health. Also, the participants only mentioned their main form of exercise. Thus, there could be a good amount of uncontrolled variance if we take into account people who practice more than one sport.

Running Addiction: When Running More is Never Enough
It usually takes time and effort to start exercising. Once we make it a habit, it can become an irreplaceable hobby. Read about running addiction here! Read more »
Link copied!
Interesting Articles
Research
Identical and Fraternal Twins: Biological and Psychological Differences

The difference between identical and fraternal twins brings a lot of confusion to those who aren't familiar with the subject.…