Do you think that you're an overly empathetic person and that this sometimes causes you unnecessary suffering? If so, you may be an emotional sponge. 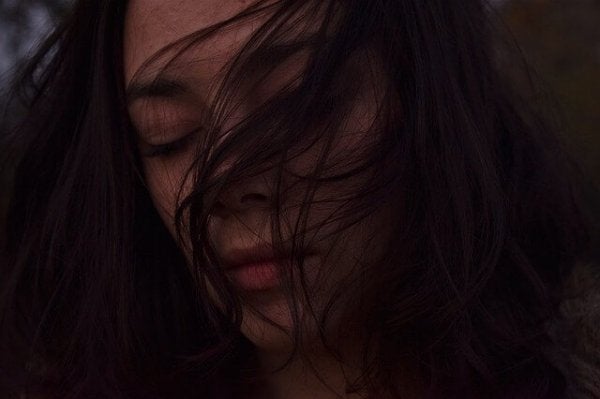 Some people are naturally sensitive, while others, in certain circumstances, become extremely perceptive and vulnerable. In both cases, they behave like “emotional sponges”, easily absorbing the emotions that surround them.

In principle, the reality of being emotional sponges gives them a certain advantage over other people, as it makes them highly perceptive. However, it’s also a factor that can make them become very emotionally overloaded. Because of this, it isn’t uncommon for them to end up falling victim to extreme tension and constant stress, which are very difficult to dissipate.

People who are emotional sponges end up becoming overwhelmed very easily. Thus, what should be a virtue becomes a burden. Unfortunately, it’s also common for other people to take advantage of their empathy and receptiveness, thus overburdening them further.

The characteristics of emotional sponges

People who are “emotional sponges” have some characteristics that make them stand out above the rest. In general, they’re highly receptive to other people’s emotional conditions. In addition:

People who are “emotional sponges” can get hurt due to their over-sensitivity, empathy, and solidarity. From a young age, they probably got used to taking on other people’s problems. Thus, others expect them to understand and help, simply because they’re willing to do so.

The problem is that, without noticing it, these sensitive people end up forgetting about themselves. They’re driven most of the time by other people’s selfish desires. Thus, others may only use or recognize them when they help them.

Therefore, their extreme sensitivity and empathy lead them to adopt the role of eternal “emotional regulators”. The price of this can be very high because they can even reach the point of becoming invisible to themselves and potential victims of emotional abuse.

An overly-sensitive person’s identity can be blurred because of the significant influence other people can have on their emotions. We’re going to use an example to illustrate this better.

A mother tells her son that he’s insensitive because he doesn’t call her often. However, if you analyze the situation, you may realize that things are exactly the opposite of what the mother is saying. Perhaps she’s insensitive to her son, blaming him for her own limitations. This type of behavior is a defense mechanism called projective identification.

Emotional Contagion and Empathy
Emotional contagion and empathy both happen when you meet a friend who's excited about a project and their enthusiasm motivates you to explore your own. Read more »

Link copied!
Interesting Articles
Emotions
Showing Interest in Others Can Change Your Life!