Drug-free treatment of mental illness is a door Åsgård Psychiatric Hospital in Norway opened. Psychiatrists there want to answer the question of whether antipsychotics are as effective as they claim to be. 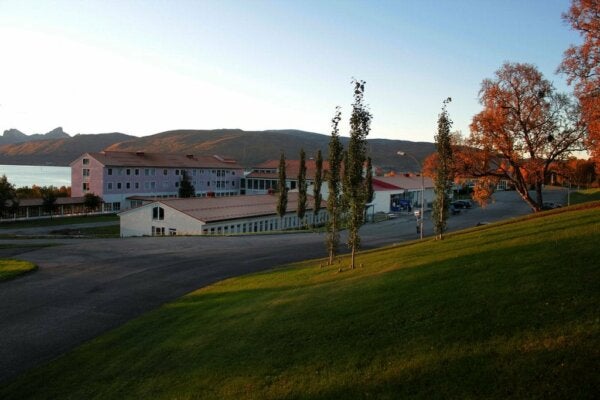 Drug-free treatment for mental illness is an option that’s always been on the table. However, it became a utopia during the mid-20th century when the clinical/physiological part of psychology gained importance

Experts believed that society had reached a turning point due to the discovery and mass production of neuroleptics. Manufacturers promoted the idea that mental problems were of organic origin. Thus, it became possible to treat them simply by ingesting chemicals. Thus, the idea that it was impossible to address mental illness without medication became quite popular.

However, there’s always been a parallel opposing perspective. It doesn’t only involve a theoretical position but many practical applications with encouraging results.

Based on this parallel tradition, UNN Åsgård, a psychiatric hospital in Norway, has begun to treat mental illnesses without drugs.

“Life can take you higher than drugs.”

Many controversies have surrounded the rights of mentally ill patients for several decades. Most health care systems and experts depart from the idea that a person diagnosed with a mental illness doesn’t have autonomy. Therefore, others must decide for them. Unlike other illnesses, a psychiatric patient can’t resist such treatments.

But many psychiatrists around the world don’t believe this.  For example, the fundamental rights of patients are an essential aspect of UNN Åsgård’s psychiatric hospital. Their policy of treating mental illness without drugs is mainly in defense of patients’ rights.

The patients at this institution choose their treatment and they alone decide whether they want to take the prescribed drugs or not. They also decide when it’s time to reduce the doses. As it should be, the patient’s perspective is of utmost importance.

The psychiatric hospital at UNN Åsgård fulfills a mandate from the Norwegian Ministry of Health and Care Services (HOD). This policy mainly seeks to give mentally ill patients equal rights.

This may seem far-fetched to many. Their logic: how can a person with mental problems be able to responsibly decide what’s best for them? Many question this decision mainly because they’re unaware of the ins and outs of mental illness.

In general, society tends to stick to stereotypes. For example, the thought that someone with schizophrenia “isn’t there” when they, in fact, are. It’s like thinking that a diabetic always has blood sugar spikes. Instead, mental patients have both moments of crisis and stability.

Additionally, many studies question the effectiveness of drug treatments. They don’t question their effectiveness per se but the way in which medical professionals administer and perpetuate them. Most of the time, they do so out of convenience, not because a patient really needs them.

Few people dispute the power of pharmacology as a key to begin working with a mentally unbalanced patient in certain cases.

The main thing people question is the idea that pharmacology can cure, that it can address the root of the problem. But the problem is that certain drugs intended for the treatment of mental disorders have many side effects.

There have been many different reactions to UNN Åsgård’s new strategy. Many psychiatrists (and pharmaceutical companies, of course) have severely criticized this option. They think it’s irresponsible and claim it could worsen patients’ conditions. However, the Norwegian Psychiatric Association decided to support the initiative through an “open mind” policy.

Anne Kristine Bergem, the president of the association, said they’ll address this new experience at their annual meeting. They’ll guide the meeting around two questions: “Do antipsychotics work?” and “Do they really have the effect the world has been led to believe?” As you can see, both questions address the very heart of biological psychiatry.

Enough evidence suggests that today’s psychiatry has serious shortcomings. Many studies are analyzing drug-free options and changing the way the mental illness care system operates. Initiatives such as this one, which will surely shed a lot of light on this important subject, are currently underway.

Medication or Therapy? Which One is Better?
Medication or therapy? Are pills more effective than psychological therapy? We take the easy road, a pill to make all our problems disappear. But they don't disappear. Read more »
Link copied!
Interesting Articles
Psychology Today
How to Spot Consumer Deception

Psychology Today
The Fear of Insignificance, a Current Epidemic

Fear of insignificance is a current epidemic. You have a tendency to compare yourself with others which might then make…