Don't Run After Anyone Who Already Knows Where You Are 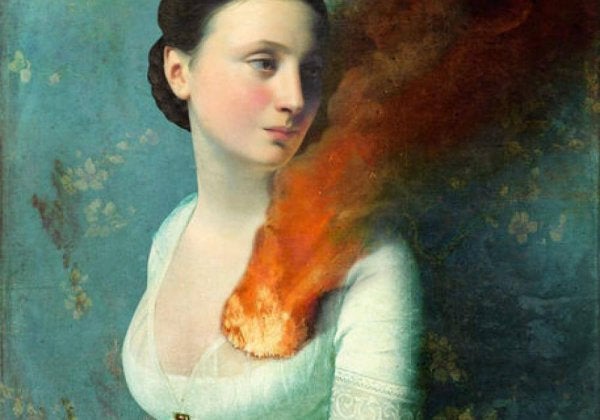 Somebody once told me a piece of advice that I could never and would never want to forget: don’t run after anyone who knows where you are, not even out of moral obligation. When I asked why I should act so radically, what they told me has served to open my eyes many times in my life.

In the first place, they told me, “don’t run after anybody, not even yourself, because nobody needs anyone to run after them, they need someone by their side.” Afterwards, they said “if something doesn’t contribute anything to you anymore, let it go because if you still have something to offer every day, there will be no need to beg.”

“The secret is to not run after the butterfly, it’s to take care of the garden so the butterflies come to you.”

Don’t run after anyone, not even yourself

What does it mean to run after yourself? It seems strange, but it could happen to you. We often feel better when we run away from whatever happens to us or if we let everything around us slip away.

When we run after a past version of ourselves, we can’t move forward. It’s necessary to always look forward, pursuing something even when we don’t know where it is, but we want to find it, like our future, for example. If we run after what we were and are not anymore, we’ll never progress.

We rarely dare to stop because we’re afraid to look at the void and reflect on it. The same occurs when we think about our relationships with others.

If they need you behind them, they don’t need you

I’m sure you’re thinking that it’s easy to say all this, but there are always those few people who we want to be there, even though they don’t want us to be. It’s not easy, for example, to accept that someone can throw us out of their lives after we’ve shared so much with them.

However complicated it is, it’s beneficial to remember that in order to maintain a lively relationship, the main ingredient that’s needed is interest. If there is no interest, there’s no relationship, because what keeps us together is the mutual desire to know each other, and everything that comes along with that.

“Your gradual absence of interest in me, your progressive lack of ‘good mornings’ , your selfish decision to be distant, that’s what determined that there was no need to travel to Macondo; it was enough to kiss your lips to feel… One Hundred Years of Solitude.”

We can’t feel bad for breaking ties with the only thing left from a relationship that has ended; they don’t need you if they don’t want you at their side complementing their life, and if you don’t really need it either. You only miss something that once was, but isn’t and can’t be anymore. Understanding this, valuing yourself, and not letting them underestimate you is the first big step that you can take to start moving on.

Look inward, you know where you don’t want to be

“So one plants their own garden and decorates their own soul, instead of waiting for someone to bring them flowers.”

Among other things, growth is about learning to determine the direction and velocity of your own life. You’re the one who determines how to cultivate what you have, and how to give love, knowing that whoever you lost was someone who didn’t know how to receive it. Share what you have inside with those who truly want you to, because that’s the best known way to give affection.

Wellness
I'll Love You No Matter the Distance

Distance is complicated for any relationship. It's a litmus test that will determine whether the relationship can survive or not. But why do…

Music and Alzheimer's have a strange, powerful, fascinating relationship. Patients in an advanced stage of the disease suddenly experience an…

Wellness
I Like "Accidental Friends" Who Come into Your Life Unexpectedly

Wellness
The Danger of High Expectations

Sometimes, we put extremely high expectations on certain people. It's inevitable, something we all do rather frequently: thinking that your partner should support you in…