Be Bored - Your Brain Will Thank You For It 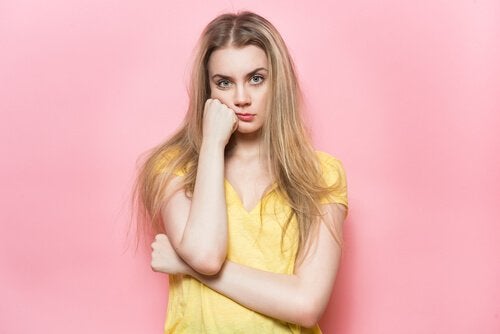 It’s not true that you have to fight boredom using only external stimuli. It’s possible to deal with boredom by yourself and in silence. In fact, it’s a skill that you can master. This skill can increase your creative capacity.

According to Guillermo Funes, a psychology professor at Carlos III University, “Boredom drives creativity. It breaks through routines and can create something new”. When you feel bored, you start to think of new things. In a way, boredom sharpens your imagination and creativity.

A University of Central Lancashire study claims that boring activities, such as going to meetings, can lead to more creativity. Meanwhile, other activities, such as writing, can reduce its effects. If we consider these results, perhaps we should be bored sometimes.

“Get bored. It’s the sickness of fortunate people. Unlucky people never get bored because they have too much to do.”
-A. Dufresnes-

If boredom is so great, why do we tend to feel bad when we’re bored?

Why do you immediately look for something to do when you’re bored? What’s behind your inability to tolerate this state? Beyond the negative label attributed to it, boredom can be interpreted as a sign of an empty life. It also reminds us that we’re not doing anything useful.

In our hyperconnected and hyperstimulated life, boredom is a scarce commodity and a common ailment at the same time. When we’re bored, we immediately look to external resources like television or technology to get us out of it. We don’t know how to enjoy our free time. Our first priority is to keep busy.

This doesn’t mean that we have to spend most of our day bored. Rather, it means that listening to ourselves and discovering what we intend to hide with activity can help us in some way.

On the other hand, an excess of social stimuli can help you feel fake boredom. Perhaps we just don’t know how to enjoy simple things. Most of the time you get bored not because you have nothing to do, but because the stimuli aren’t satisfying enough.

In order to fight the discomfort that boredom causes, you have to realize why you get bored. Get bored and see what happens.

“A generation that cannot endure boredom will be a generation of little men.”
–Bertrand Russell–

Being bored at the right time is a sign of intelligence

Is being bored good for you? As with everything, too much boredom is a bad thing. As we have seen, boredom stimulates creativity. When you’re in this state, you look for ways to entertain yourself. Going on social media and using electronic devices won’t help you develop much creativity. On the other hand, when you don’t do this, imagination and inventiveness come into play and you can create a whole world of possibilities.

In addition, excess boredom can lead you to consume more alcohol and tobacco. It can make you develop more extremist thinking. The fact that we feel bored every day suggests that boredom must serve a purpose. This is what Heather Lench, a professor at the Texas A&M University, argues. After all, emotions like fear can help you avoid danger. Sadness can help you avoid making mistakes in the future. What does boredom do?

Heather Lench suspects that boredom is behind one of our most important characteristics: curiosity. Boredom helps us avoid falling into the same routine. It encourages us to set new goals and explore new territories or ideas. Be bored. Your brain will thank you for it.

“Boredom is a noxious weed, but also a spice for the digestion.”
-Goethe-

3 Factors That Kill Romantic Love
Love between a man and a woman continues to be a mystery, something everyone studies. Read more about romantic love in our article today! Read more »
Link copied!
Interesting Articles
Wellness
6 Attitudes That Push You Away From Others

Being physically apart isn't the only way to end up being distant from your loved ones. Sometimes, even when they're…

Wellness
Don't Give Up! You Have the Strength to Keep Going

Where do I find the will to keep fighting when I feel like I've hit rock bottom? How do I…