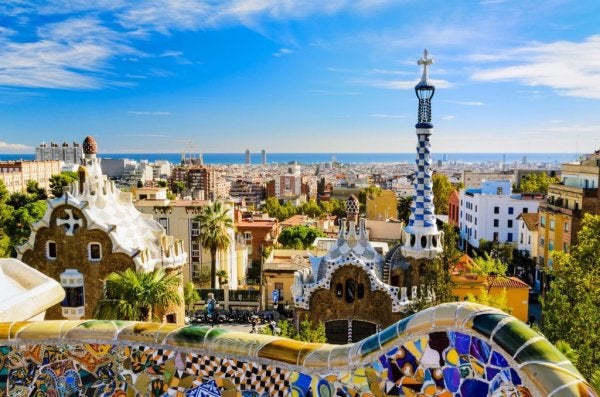 It’s hard to step into the shoes of those who have suffered the recent terrorist attacks in Barcelona. Regardless of whether it was directly or indirectly. But it’s even harder to understand the lives of the people who are in constant fear of terrorism. Whether it’s due to the distance, or how little we know about them. The truth is that thousands of people in Iraq and Syria live in this situation daily. They live without a better or more hopeful future in sight.

It’s absurd to deem a whole religion responsible for the acts of a tiny minority. However, with the comments of many roaming freely through the networks, this absurdity becomes real.

The hate comments multiply every time a terrorist attack takes place. However, in order to understand what happened in Barcelona, we must understand what terrorism is and what feeds it. Just like messages of strength are necessary and beneficial in these cases, it’s also important to be well-informed. Also, we should not generate hatred for those who had nothing to do with what happened.

Terrorism is a great threat which requires allies, not enemies…

The first problem we encounter is the definition itself of the term terrorism. Currently, every country and every organization has its own definition for the term. While these definitions share a lot of the same points, they also differ in many crucial aspects. You could say that the definition of terrorism is political because it defends the interests of whoever defines it.

One of the objectives of politics should be to manage a unification of the definition of terrorism. This should be an international conceptualization that can be used by security forces as well as by those who apply the law and those who chase it on the streets.

Based on these guidelines, we resort to Boaz-Ganor’s definition, the ex-boss of the Israeli Mossad. It states that “Terrorism is a form of violent fight in which violence is used deliberately against civilians to obtain political objectives (nationalist, socioeconomic, ideological, religious, etc.).” According to this definition, any attack against civilian people which has objectives associated to politics would be terrorism. Any attack in which the victims were members of security forces would not be considered terrorism, but guerrilla warfare.

The interests of terrorism

An attack like the ones in Barcelona, London, or Paris, can seem completely random and impossible to avoid. This sparks the message no one is safe. Hence, it’s natural to have people who were affected by the attacks to feel fear. But that fear can become a chronic thing. It can even become irrational.

The goal is generalized chronic fear

The objective of the terrorist organization is to instill chronic terror which leads the citizens to feel unsafe. One of the immediate consequences is that the population accepts a reduction of their rights and liberties. Another of the probable consequences of an attack is that our attention focuses on one thing, such as the terrorists’ religion. The rejection towards those who have taken lives extends to those who profess this religion.

The consequence is that people pressure their governments to put stricter measures in place which will restrict the liberties in favor of an unnecessary sense of security. Another consequence of this fear is that it focuses on certain people – on everyone who practices Islam as a religion or has Arabian origins.

A terrorist organization will attempt to legitimize their actions as a noble defense of those who are discriminated against, oppressed, and marginalized. The difference between “us” and “them” will be made greater. Hate speeches try to polarize society, as they also aid the work of those who recruit new terrorists.

The interests of the terrorists

On the other hand, the personal interests can vary. Each person will have different priorities. Keeping in mind that jihadist terrorism emerged from a perversion of Islam, the interests are related to the beliefs of this religion. This doesn’t mean that the terrorists are Muslim, but their motivations are related in some way to  religion.

Some of the individual “benefits” for terrorists are: winning entrance into heaven, being awaited by 72 virgins, enjoying the right to choose 70 loved ones to go straight to heaven when they die regardless of their actions in life, prestige for their family members, and the idealization of a deceased terrorist, who then becomes a martyr.

However, as we have said, not all of their interests are religious. The families of the terrorists usually receive great amounts of money that they would otherwise never obtain. The terrorists who have participated in the attacks and have not been captured also receive some acknowledgment and even a position of greater responsibility within the organization. Finally, another common interest tends to be the aspiration of vengeance against those who think that they’re responsible for the situation.

A mix of these interests and some others are going to be what defines the individual motivations of the terrorist members which, as we can see, don’t have to coincide with the interests of the organization as a whole.

Recommendations in case of an attack

Although the above is important, for lay people it’s more important to know which guidelines to follow. Knowing how to react in the case of a terrorist attack, even if it’s not within our borders, is the first thing we should learn. First, the fundamental thing to know is to listen to the experts, the security forces. Their guidelines are the first you should follow.

Giving support through social networks can promote benefits for all. As we have seen, giving hate speeches, criminalizing entire communities, and supporting racist and intolerant politics is what terrorists seek. If you participate, you’re doing nothing more than behaving in favor of the terrorists.

In the same way, distributing morbid images is another mistaken practice. In addition to generating irrational fear, these images can hurt the sensitivity of those affected. On the contrary, sharing information about how to act, images that show unity and understanding with those affected, both directly and indirectly, will be of great help. In turn, rejecting erroneous practices that have been named by denouncing them is also a good practice.

What to do during an attack

In case you’re ever in a place where there is an attack, the recommendations that professionals give are to run, hide, and warn.  First, it’s necessary to flee and look for a safe place, as trying to become the hero can be counterproductive. Once in a safe place you should warn the security forces of what happened. Last, let your loved ones know that you’re safe. Before warning them, you must be sure that there is no danger.

Now, we are all Barcelona. Tomorrow we will be Syrians, and the next day we’ll be Afghans. It does not matter what nationality, color, ethnicity or religion we are.  We should all stand united against terrorism. This way and only this way, will we gain allies and lose enemies.

Terrorism – When its Shadow Leads Us to Helplessness
Terrorism has not only had a direct effect on the victims. The emotional and psychological impact associated with the shadow of fear has reached us all. Read more »
Link copied!
Interesting Articles
Psychology
If You Increase Your Awareness, Your Life Will Start to Change

Jon Kabat-Zinn, who is a promoter of mindfulness in the West, believes that if we increase our awareness, changes will…

Psychology
Time Doesn't Erase Feelings, It Helps Put Them in Their Place

Time is not going to fix your problem, nor will it erase all the feelings you're feeling. It won't make others…