In this article, discover some of Antonio Gramsci’s best quotes. 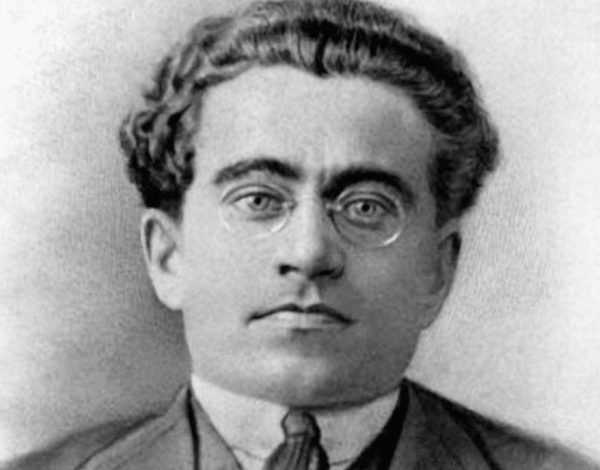 Many of the quotes written by Antonio Gramsci have a rather particular charm. Almost all of them represent the perfect mix of politics, philosophy, and poetry. His quotes are a good representation of what he was: a versatile and passionate intellectual.

Antonio Gramsci wrote most of his works in prison. Relax, he didn’t kill anyone. He was merely a victim of fascism under the political persecution imposed on him by Benito Mussolini and his regime in Italy. In order to have him convicted, the prosecutor said: “We must prevent this brain from functioning for twenty years”.

Antonio was physically deformed by a hunchback and was socially excluded by his poverty. Still, he was one of the most influential Italian intellectuals of the 20th century. He was a hardcore communist, but his thinking remained universal. This is reflected in several of his quotes. Discover seven of the best ones below!

1. Antonio Gramsci on the mistake of intellectuals

One of the major points of interest for Gramsci was the subject of intellectuals and their role within society. On this, he pointed out: “The intellectual’s mistake consists in believing that one can attain knowledge without understanding and, especially, without feeling and being passionate”.

Antonio was against anyone who became an intellectual purely for the sake of education or simple pedantry. He believed, however, that intellectuals should put themselves at the service of those who have less access to the world of ideas. One can only achieve this when there’s a real passion for understanding followed by action.

2. Between the old and the new world

“The old world is dying, and the new world struggles to be born: now is the time of monsters”.

In reality, the periods of transition in history often lead to great chaos and uncertainties. This is because the old coexists with the new, without either of the two realities succeeding on imposing themselves on one another. Under these conditions, perverseness is often born.

Gramsci was revolutionary when it came to words. There was a reason why the fascist regime was so afraid of him and let him die in prison. He did, in the midst of many humiliations, and yet he held firm to his convictions. In one of his quotes, he warns about false rebellion and false originality.

This is one of the quotes of Antonio Gramsci that best reveals his way of thinking:

“The conquest of cultural power comes before political power and this is achieved through the concerted action of intellectual “organic” call-outs. Infiltrated into all of the communication, expression, and academic media”.

Unlike other Marxists of his time, Gramsci gave great value to cultural values, rather than the economy or politics. In fact, his contributions served to found democratic communism, which later became “Eurocommunism”.

When someone talks about “dead weight” what they mean is what’s there just to make a load heavier and more painful. Something a person must drag around like a burden, without necessarily transporting it from one place to another so it contributes something worthwhile.

In relation to this, one of the quotes by Antonio Gramsci says: “Indifference is the dead weight of history”. It means that progress is made, in time, against this lack of commitment and conscience that hides behind the action, or inaction thereof, of those who are indifferent.

In this quote, Antonio Gramsci shows off his common sense and mischief. He pointed out: “If an enemy harms you and you lament, then you’re stupid because the enemy’s intended purpose was to do you harm”.

This quote seems perfectly designed for those in today’s world who are so sensitive to social network trolls and bullies. It’s obvious that what you should expect from an opposer or an enemy is lack of empathy and little to no consideration.

7. Antonio Gramsci on the essence of war

“Every war has always been about religion”.

There’s a lot of truth in that statement. In this case, he wasn’t specifically referring to religion as a dogma, but as fanaticism. It’s similar in that fanatical thought is based on a certain set of beliefs, similar to religious dogma and dogma is set so it breaks the dialogue. War takes place when dialogue is no longer possible.

Antonio Gramsci was only 46 years old when he died in prison. He received ill-treatment, although not exactly for the TB that afflicted him for several months. Fortunately for us, by then he had already written The Prison Notebooks, a wonderful work.

Nine Alan Watts Quotes Worth Reflecting On
In this article, we're going to show you nine quotes by Alan Watts that will help you reflect on life and reality and broaden your mind. Keep reading! Read more »
Link copied!
Interesting Articles
Sayings
Honoré de Balzac and His Best Quotes

Tirso de Molina was Gabriel Téllez's pseudonym; he's one of the most representative scriptwriters of baroque theater. A friar, he…

Most Baruch Spinoza quotes are both simple and deep at the same time. Many philosophers, such as Hegel and Schelling,…