All You Need to Know about Ecofeminism

Western society has been built on the idea that men dominate over women and nature. Ecofeminists believe that society needs a cultural change. 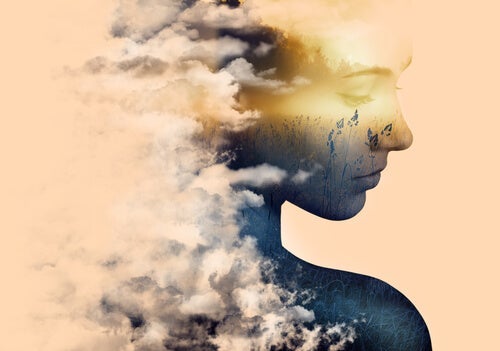 Ecofeminism is a philosophy and a feminist practice that stems from the close relationship between women and nature. The basis of ecofeminism is the belief that modern society was formed and continues to exist through the subservience of women and the colonization of “native” populations and nature.

Believers of this philosophy dedicate themselves to questioning essential values that govern modern society. Ecofeminists believe that capitalism and patriarchalism go hand in hand, that they oppress both women and nature.

In other words, ecofeminists aim to draw attention to the connection between the subservience of women to men and the exploitation of nature. They believe that this is something patriarchal capitalism is entirely responsible for.

A world split in two

“Patriarchal thought structures the world in dualisms, or opposites, that separate and divide reality. Each pair of opposites is otherwise known as a dichotomy. The relationship between the pair is hierarchical and the normative terms reflect their universality. Culture or nature, mind or body, reason or emotion, scientific knowledge or traditional wisdom, independence or dependence, man or woman. These opposites of unequal value determine the way we understand and interpret our world.”

Most of Western society has been built on the idea that men dominate over women, and also over nature. Although this societal division came about before current times, it’s truly taken hold of modern society.

The relationships between the dichotomies of the modern world are hierarchical. One side of each pair is usually superior to the other. Culture dominates over nature, the mind dominates over the body, and reason dominates over emotions.

The superior term is usually the universal term that has come to represent all. The other inferior half of the pair becomes simply the absence or lack of the other. Eventually, it vanishes from existence.

In fact, feminist thinking has warned about the relationship between these dichotomies, as there’s a trend towards assigning the opposites of a pair to each of the sexes. On one hand, society associates men with the values of culture, mind, and reason. However, it associates women with nature and the body. Some also say that women are “subject” to the power of their own emotions (Amorós, 1991).

The origins of ecofeminism

The theological link between environmentalism and feminism first began to form in the 1970s. In fact, in 1974, Françoise d’Eaubourne coined the term “ecofeminism” in her novel Le féminisme ou la mort (In English: Feminism or Death).

In the 1970s, women also started to take part in protests to protect their livelihoods. One of the most significant was the Chipko movement. During these non-violent protests, women wrapped themselves around and embraced trees in the Garhwal forest in the Indian Himalayas. Their aim was to protect the trees against deforestation by a private company.

A decade later in Argentina, a group of 14 women whose children had disappeared during the military dictatorship came together to form the Mothers of the Plaza de Mayo. Every week, the group meets and marches together through Buenos Aires wearing white headscarves. These represent the diapers of their lost children and, thus, the role that the country’s patriarchal ideology has assigned them.

Although ecofeminism first appeared in the mid-20th century, the first ecofeminists were already very critical of the effects of technoscience on women’s health. They also faced the challenges posed by militarism, nuclearization, and environmental degradation. They considered these issues to be the manifestations of a sexist culture. Petra Kelly is one of the most significant figures of this movement.

Some ecofeminists also believe that we must all take joint responsibility for gender discrimination in the workplace and for the unequal distribution of power and ownership.

Ecofeminism is a way of thinking and a social movement that explores the interactions and synergy between environmentalism and feminism. According to Yayo Herrero, this philosophy focuses on addressing the challenging relationship between people and nature from different standpoints. This is why there are multiple types of ecofeminism or ecofeminisms.

Although there are various types of ecofeminism, they’re all based on a critique of the social, economic, and cultural model that governs society. The purpose of ecofeminisms is to draw attention to cultural aspects, practices, and topics that the dominant beliefs consider to be “inferior”.

In simpler terms, there are two different approaches to ecofeminism: spiritual ecofeminisms and constructive ecofeminisms.

One clear conclusion of ecofeminism is that society needs a cultural change. According to this philosophy, every member of society is responsible for changing the planet’s future so that we can live in a more socially and environmentally sustainable world.

Culture
The Secret of Eternal Youth

What is the secret of eternal youth? Using creams both day and night? Various jars, ointments, brews and concoctions made with secret ingredients? Or turning into vampires? What some people wouldn’t…

To learn more about misophonia and everything it entails, here's a story: "I've been like this almost all of my…