Have you heard of acute confusional syndrome, otherwise known as delirium? Where does the term come from, and what causes it? We'll answer those questions and more in today's article. 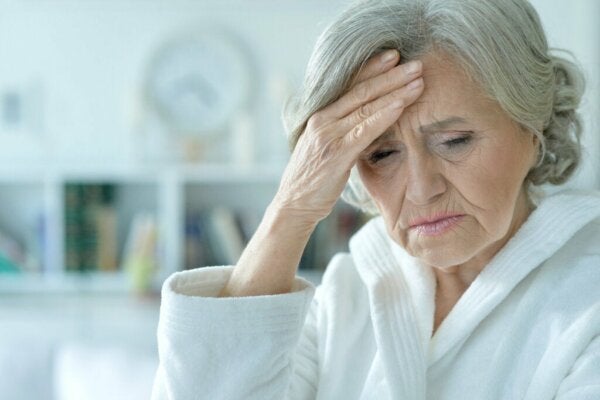 Have you ever heard of acute confusional syndrome (ACS)? Also known as delirium, ACS is a neurocognitive disorder that affects approximately one to two percent of the general population and about 14 percent of adults over the age of 85. Its primary characteristic is an alteration in consciousness accompanied by a decrease in attentional capacity and other cognitive changes that affect memory, language, and perception. As its name suggests, it’s an acute condition that usually lasts hours or days and then completely disappears.

As you’ll learn in this article, the potential causes of acute confusional syndrome are varied but of mostly organic origin. They include certain medications, illnesses, intoxication, or abstinence from certain substances.

ACS is pathogenic, which means that the symptoms tend to be the same no matter what the cause. Ready to delve deeper? Keep reading.

What we know today as ACS or delirium has been recognized since ancient times. Hippocrates originally described the condition in writing and Celsus was the first to use the term “delirium” in documents that date back to 1st century BC.

In 1910, Bonhoeffer described five syndrome groups or clinical variations that were acute during the course of different illnesses. Those groups were delirium, amentia, a twilight state (or epileptic type), excitement, and acute hallucinosis.

According to the DSM-5 (2013), delirium affects one to two percent of the general population. The prevalence increases with age, topping out at 14 percent of individuals over 85. It also affects 10 to 30 percent of hospitalized patients. Research shows that, among the older adult population, men have a higher risk of developing ACS than women.

The DSM-5 (Diagnostic and Statistical Manual of Mental Disorders) classifies ACS within the category of neurocognitive disorders. As we mentioned above, delirium has many potential triggers, which is why the DSM-5 has identified five distinct types:

Types of ACS or delirium

The DSM-5 divides the types of delirium into subtypes defined by their etiology. They are:

The WHO also provides a description of delirium or ACS in the ICD-10. It includes the following characteristics:

The common characteristics of acute confusional syndrome are the following:

The treatment for ACS involves fixing whatever issue triggered it in the first place. Thus, the point of intervention is to quickly reverse the disorder to make sure it doesn’t become more serious.

On the other hand, the potential complications of delirium can be prevented through a series of interventions. Also, medical professionals can take some general measures to reduce the risks for people with risk factors, such as avoiding sudden environmental changes for the elderly and preventing complications (accidents, infections, etc.).

Do you Know what Delirium really is?
Delirium and delusions are in movies and in the national news, but how much do you really know about this subject? This article explores some of the many categories of this illness. Read more »
Link copied!
Interesting Articles
Illnesses
Ehlers-Danlos Syndrome

When we talk about body image, we refer to the mental and subjective representation of our appearance. Sometimes this perception…