7 Ways to Be Happy According to Science 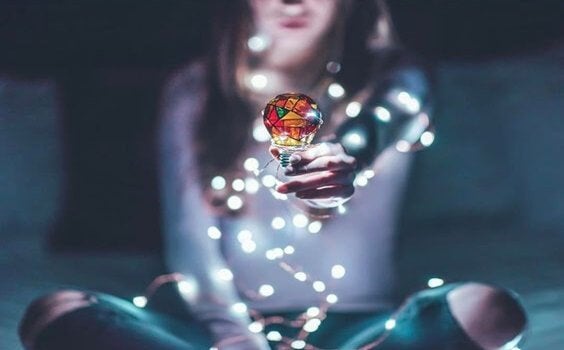 According to science, being happy means maintaining a balance that lets your brain work quickly and keep itself healthy. That’s something we should generally all be able to do without much of an issue, since it’s natural for us to protect ourselves and stay in good health.

But the thing is that a lot of people live like they’re their own enemies. They do emotional and physical harm to themselves, whether consciously or unconsciously. That’s why they have such a hard time feeling happy or getting to a place of well-being.

You don’t have to have anything too wild to be happy. Happiness comes more from your attitude and lifestyle, and not so much from what you have. If you’re not sure how, here we’re going to show you the 7 ways to be happy according to science.

“There is no duty we so much underrate as the duty of being happy.”
-Robert Louis Stevenson-

Work is just a way to earn money, or sustain yourself. It’s a way to develop your skills and potential so that you can evolve as a human being.

The healthiest way to work is to do something you enjoy, and without any kind of rush or urgency. It’s good to organize your time so that you can balance your work and your break time. There are multiple studies that show that not doing your tasks in a hurry helps you stay focused and be more productive.

According to science, being happy also has to do with how much sleep you get, and how good your sleep is. Contrary to popular belief, we don’t sleep to rest, because sleep is actually when our brains are most active.

Your brain processes any unpleasant memories from the day in your amygdala. It processes the positive ones in your hippocampus. Your hippocampus suffers a lot when you don’t sleep, but your amygdala is usually fine, which is why a lack of sleep usually leads to a negative mood.

3. Doing exercise is one of the ways to be happy according to science

There’s a widely cited experiment about this. They did it with people who had depression, and divided them up into three groups. The first person only received medication. The second person only did exercise. The third person had a combination of medication and exercise.

After a month, they’d all gotten better about the same. But at three months in, there was a much bigger difference. With the first group, 38% started to have signs of depression again. It was 31% in the second group. In the third group, it was only 9%. So according to science, doing exercise plays a big part in being happy.

We’re social creatures, but the conditions of civilization have made us behave in very individualistic ways. Deep down, though, we all need other people. We need their acknowledgment, their company, and their affection.

It’s a good idea to make sure you have time at home, but staying cooped up inside forever isn’t. It has been shown that walking for 20 minutes every day in fresh air has an extremely positive effect on your mood.

The University of Sussex, in the United Kingdom, did some research about this. They found that people felt especially happy in warm places, and when walking by the sea. They also noticed that a similar thing happens with rural environments, but not urban ones.

6. Setting aside time to have fun

The psychologist Dan Gilbert did a study about the link between happiness and the time you spend having fun. He saw that people don’t just enjoy themselves by doing entertaining activities–planning them can actually be fun too.

One specific thing he noticed made people happy was planning things like a dinner, a party, or a trip. Doing that gives you a sense of satisfaction that lasts for weeks at a time. He also proved that people are happier when they spend money on experiences instead of spending it on objects.

7. Meditating and being thankful

There was a famous study about meditation done at Massachusetts General Hospital. They scanned people’s brains before and after they did mindfulness-based meditation exercises. The results showed very low activity levels in the areas of our brain associated with stress after people meditated.

Along those lines, the Journal of Happiness Studies published a study about thankfulness. They asked 219 people with depression to write thank you letters for three weeks. They looked at these people’s symptoms before and after this exercise, and saw that most of their symptoms went away just from doing this simple activity.

These are just some of the paths you can take to be happy according to science. What scientific wisdom says is that it’s what’s in your head and how you live that make you happy. External things don’t make much, if any, difference.

Happiness Is Where You Want it to Be
Looking for happiness isn't how to find it. Make your own happiness and it'll be exactly where you want it to be. Read more »
Link copied!
Interesting Articles
Wellness
Why Do Emotions Influence Us More Than Reason?

Human beings are an amalgam of perceptions, emotions, feelings and thoughts. All of these elements form a unit, and this…

"How much does your life weigh? Imagine for a second that you're carrying a backpack. I want you to picture…

Arguing on a frequent basis sucks the energy out of us, leaves us with no strength, no enthusiasm, and no…

Wellness
5 Childhood Wounds that Could Still Be Affecting You

Problems experienced in childhood can impact our quality of life as adults. What's more, they can significantly influence how we'll interact with our…

Wellness
Why Writing in a Diary Is Good for You

When you walk down the street or ride the subway in a big city, all you have to do is look…