6 Beautiful Quotes to Think about Every Day 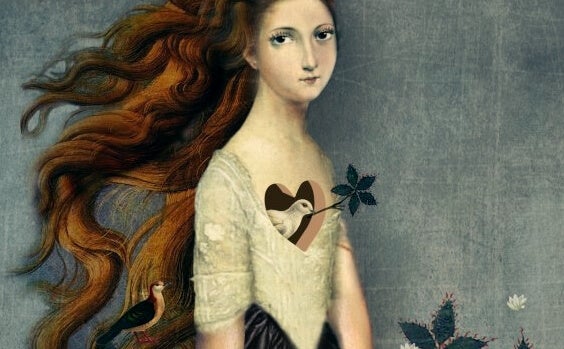 We are hugely mistaken when we think that only special days are worth living intensely. Every day, no matter how ordinary it is, can become extraordinary if you approach it with the right attitude.

In fact, beautiful quotes can add extra spice to life and truly help you change your perspective.

Many people have made history with their clarity of thought, synthesizing key ideas in just a few sentences. Their beautiful, wise words are like a glimmer of light in the middle of darkness. They illuminate a new path towards a new perspective.

A good quote can do a lot for you when you least expect it. That’s why we’ve chosen a few to highlight for their depth and wisdom. It’s helpful to keep them close so that you can let them lift you up when it starts to feel like everything is turning gray.

Bertrand Russell was an English philosopher and winner of the Nobel Prize in Literature. While he was one of the most brilliant minds of the 20th century, he warned,

“I would never die for my beliefs because I might be wrong.“

Although Russell was never a radical pacifist, these words are a call to humility and tolerance. They remind us that anybody can fall victim to erroneous convictions, which is why we should never be absolutely certain about what we think.

2. The benefits of adversity

Adversity is the bread of life. Many thinkers have dedicated beautiful and profound words upon examining the subject. C. S. Lewis, for example, once said that,

The incredible Irish writer reminds us that greatness is born from difficulty. Problems allow us to rise above ourselves and our past. In contrast, contentedness leads to conformity.

3. Excellence is a habit

In any list of unforgettable, beautiful quotes, you can’t forget about Aristotle, the great Greek philosopher. With his unrelenting logic and his interest in ethics, he left mankind with some of the most universal aphorisms,

“We are what we repeatedly do. Excellence, then, is not an act, but a habit.”

What a great reflection. There could be all sorts of wonders within our minds, but our actions make us who we are. Repeated actions influence the nature and quality of our lives. Whether you live an ordinary or noble life, it’s a cultivated habit.

Albert Camus has always been associated with existentialism and nihilism, but the scope of his thinking and writing can’t be put into a box. Proof of that lies in one of the most beautiful quotes he left us,

“In the midst of winter, I found there was, within me, an invincible summer.“

What a beautiful way to capture inner strength. He’s alluding to those moments when you recognize that in spite of everything that’s happened, there’s a survival instinct in you that refuses to be shut down.

When it feels like there’s no reason to keep fighting, this mysterious impulse arises and encourages you to keep taking one more step.

Mahatma Gandhi is the author of countless beautiful and intelligent quotes that have penetrated all cultures. His message is profoundly coherent and always invites the reader to strive for growth. In his words,

“The weak can never forgive. Forgiveness is the attribute of the strong.“

Gandhi is perhaps the most significant proponent of pacifism in history. His peaceful resistance was not only a political stance, but also a way of life. His whole message revolves around the idea of forgiveness and understanding. He also showed the world another side of strength, perfectly communicated in this quote.

6. The key to everything

Epitectus was a Greek philosopher who spent much of his life as a slave in Rome. Despite all that, they say that he ended up earning more respect from his contemporaries than Plato did from his.

While he didn’t leave any written texts behind, many of his teachings were picked up by other people, one of the best being,

“The key is to keep company only with people who uplift you, whose presence calls forth your best.“

It’s a simple sentence but it reminds us of how important it is to surround yourself with the right people. Much of what we are, think, and feel is influenced by the people around us, so it’s important to choose well.

All these beautiful quotes can be applied to your daily life. They address great human values and invite us to grow. They’re pure wisdom compressed into a few perfect words.

4 Arabic Proverbs to Reflect Upon
Proverbs always leave us with some kind of lesson that is worth analyzing. This time we bring you some Arabic proverbs that we have adopted. Read more »
Link copied!
Interesting Articles
Culture
When Values Become Sacred

When you look into the eyes of someone you love, one second before putting your lips on theirs, time freezes. It…

Literature and Psychology
Gaston Bachelard: The Poetics of Space

Culture
5 Affirmations that Can Neutralize a Narcissist

It's not easy to neutralize a narcissist because they tend to be really charming and have significant social support. Most…