3 Ways to Control Your Prejudices 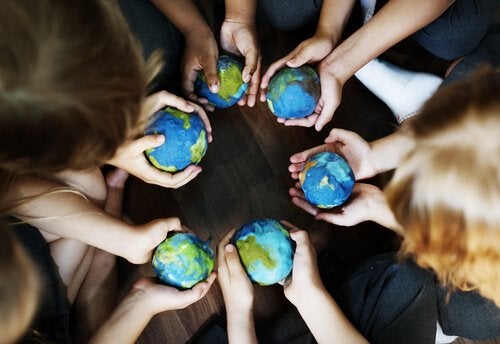 We all have prejudices. Prejudices are positive or negative attitudes towards groups of people or members of specific groups. We use prejudices to evaluate and label people we don’t know. For example, you meet a gypsy. You believe that all gypsies are good at playing the guitar. Consequently, your interaction with this person will be determined by your prior belief that they’re a good musician. Prejudices help maintain the hierarchy of status between different groups. Luckily for us, there are different ways to control and reduce our prejudices.

Experts believe that prejudices have three components. Stereotypes are the cognitive component. They represent the mental image that you have of a group. Another component is the emotional one. These are the feelings that you experience related to a group of people. The last component is behavioral and is represented by discrimination. This is the negative behavior that you display towards the group you are prejudiced against.

Like we said before, prejudices are attitudes towards groups of people or members of that group. Social psychology has developed different ways to control your prejudices. These methods are based on the theories of categorization and social identity.

Controlling your prejudices through re-categorization

As human beings, we tend to categorize. We divide people up and put them in certain boxes. Categorization means that we favor those who we include in our categories. We feel prejudiced against those in other categories. So, if you want to control your prejudice, you have to make the limits of these categories more flexible. There are three ways to do this:

“I am who I am and you are who you are. Let’s build a world where I can be me and you can be you and neither you nor I try to make others be like us.” [translation]

This last technique, recategorization, is the one that researchers have studied the most. When we categorize, we form identities. For example, if I categorize myself as a woman, I will form a woman’s identity. Consequently, in order to encourage recategorization, we have to create more inclusive identities. Identities that encompass my identity and the identity of others.

Having a common identity increases helpful and cooperative behavior. As such, the more people that make up the identity, the more the benefits of the group. What’s more, returning to the previous example, the initial identities are not lost. We will still be women and feminists. You will still be men and feminists. We have a dual identity. Though there might be a different group with a different identity, they are also members of our group. The problem is that social identities do not activate all at once. The one that is the most important at the moment is the one that is activated.

The hypothesis of contact is closely related to categorization strategies. This theory states that it’s possible to reduce prejudices by increasing contact between members of different social groups. The same is true when members of your group establishing close relationships with members of other groups.

However, the contact hypothesis seems to be true only under specific conditions. These circumstances favor contact between members of different social groups. The conditions are the following:

Overall, there are many different ways to reduce prejudices. It seems like creating a category of only “humans” is the perfect way to eliminate prejudice.

Nevertheless, the fact that it’s difficult for people to identify as humans complicates the viability of this option. Maybe a common enemy from another planet would help us identify as humans or earthlings and end prejudice entirely!

Culture
5 Benefits of Spirulina for Your Brain

Spirulina is a cyanobacteria that gets its name from its spiral shape. It's so green because of the chlorophyll inside…