What's illusory correlation? How does this cognitive bias influence your day-to-day life? Keep reading to find out! 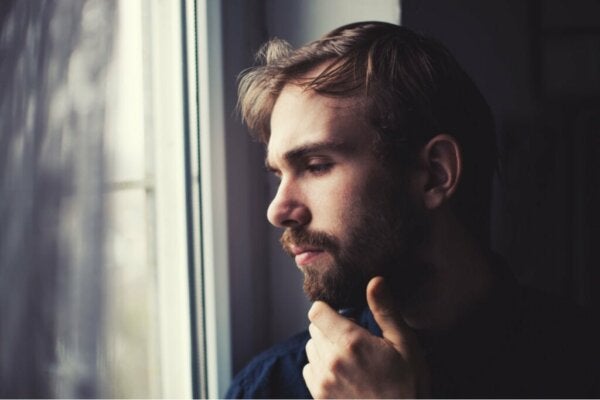 Illusory correlation is when you perceive a relationship between two variables in your surroundings, regardless of whether such a relationship exists or not. It’s a phenomenon based on how the brain processes information in order to function in your environment.

However, often, your interpretation of what you see around you doesn’t completely correspond to reality. That can lead to assumptions that are based entirely on your experience. A perfect example of illusory correlation is that which informs stereotypes and prejudices against certain groups of people.

As we mentioned above, illusory correlation is the perception of a relationship between two elements that may or may not exist. It’s a confirmation bias in which an individual’s experience leads them to label two things as interdependent, even though they might not be.

The individual experience doesn’t have to be direct when it comes to establishing certain associations. In other words, there are beliefs on a cultural and societal level that promote these biases, even if you lack direct experience with the elements at hand.

For example, considering people with tattoos and piercings dangerous or people wearing uniforms educated and obedient.

The characteristics of illusory correlation

Illusory correlation often leads you to blindly follow your cognitive biases. In other words, you firmly believe that a relationship exists between two variables that aren’t related. In simple terms, illusory correlation simplifies certain mental processes, leading you to act based on what your experience (direct or indirect) is telling you.

Similarly, the behaviors of certain groups in society is also simplified, and we act based on the available information. Thus, illusory correlation is a kind of mental shortcut that simplifies the relationship between two or more variables.

Society influences certain types of beliefs, behaviors, and attitudes. We behave in one way or another, feeling the most comfortable in our own social groups.

Consequently, illusory correlation influences the sense of belonging to certain social groups, sometimes increasing the differences between groups. This explains why certain ways of thinking favor the groups we belong to. Your mind naturally seeks out the positive distinctiveness of your own group.

Here are some specific examples of this bias:

Illusory correlation in other contexts

Illusory correlation doesn’t only exist in terms of social groups. When you’ve experienced something once, illusory correlation leads you to believe that it’ll happen again in exactly the same way. Here are other concrete examples:

Let’s say several bad things have happened to someone in a row. They hear that certain amulets have the ability to get rid of “bad energy”. When they buy one, they realize that it’s giving them “better luck”.

Thus, they start associating the use of amulets with the prevention of bad energy. Even if the individual has bad experiences while they’re using one, they’re likely to keep doing so.

Reading the horoscope influences certain reality-perception processes. In other words, people who read horoscopes tend to believe the characteristics that describe them because they’re usually assumptions that apply to most of the population. Thus, they focus on the details that they identify with the most and ignore the ones that don’t describe them.

In a similar vein to amulets, luck is another phenomenon that’s vulnerable to illusory correlation. For example, people who always go to job interviews with a “lucky” pair of socks and attribute successful ones to them.

People also associate bad luck with certain clothes, people, and objects. Illusory correlation provides an interesting insight into how we behave with certain objects or people based on our past experiences.

Your quality of life doesn't depend only on happiness. It also depends on what you do in order to be…

Psychology
The Most Common Types of Anxiety: From Social Anxiety to OCD

Anxiety is one of the greatest evils of our time. In fact now there are multiple types of anxiety identified and…

It's well-known that traumatic childhood experiences can have major effects on adults. But how do these traumatic experiences influence children in…