This Is How the Brain Combines Memories to Solve Problems 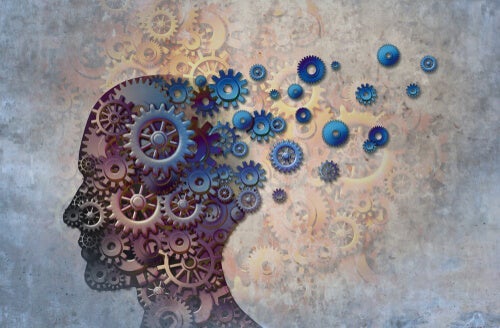 The brain is the home of your mind and your memories. Thus, you trust its ability to process information when you decide to learn something new. But how does the brain combine memories to solve problems?

Human beings have the ability to creatively combine their memories to solve problems and obtain new knowledge. This process greatly depends on memories from specific events. These types of memories are known as “episodic memories”.

Although scientists have widely studied episodic memory, current theories don’t easily explain how people use it to arrive at novel ideas. In this regard, new research offers a new way of understanding how the human brain connects individual memories to solve problems.

A study from a team of neuroscientists and artificial intelligence researchers at DeepMind, Otto-von-Guericke-University Magdeburg, and the German Center for Neurodegenerative Disease was published in the journal Neuron.

The researchers proposed the following example to explain how the brain activates memory retrieval. Imagine that you see a woman driving her car. The next day, you see a man driving the same car on the same street. This could lead to the memory of the woman that you saw the day before, and you might reason that they’re a couple that lives together since they share a car.

Like standard episodic memory theories, the authors hypothesize that individual memories are stored as traces of separated memories in a region of the brain called the hippocampus.

According to Raphael Koster, DeepMind researcher and co-author of the study, episodic memories can tell you if you already met someone or where you parked your car, for example. “The system of the hippocampus is compatible with this type of memory, which is crucial for learning things quickly,” he explained.

Unlike standard theories, this new one explores an anatomic connection that comes out of the hippocampus to the neighboring entorhinal cortex but later goes right back in.

Thus, the researchers believe that this recurrent connection allows retrieved memories from the hippocampus to trigger the opening of other related memories.

The researchers came up with a way to prove this theory through high-resolution MRI scans. 26 men and women participated in the study. They had to perform a task that required them to obtain information about separate events.

The experimenters showed the volunteers pairs of photographs: one of a face and the other of an object or a place. Every individual object and place appeared in two pairs of separate photographs, each one associated with a different face. This meant that each pair of photographs was linked to another pair through the image of a shared object or place.

In the second phase of the experiment, researches wanted to see if the participants could infer the indirect connection between the two linked faces. To do this, they showed one face and asked them to choose between two others. One of the options, the correct one, was paired with the same object or place, and the other wasn’t.

The researches predicted that the presented face would trigger a chain reaction of memory recovery with the paired object or place. Likewise, that it would provoke cerebral activity that passed from the hippocampus to the entorhinal cortex. In addition, the researchers expected to find evidence that this activity would return to the hippocampus to activate the recovery of the correct linked face.

So how does it work?

Using the techniques they developed, the researchers were able to separate the parts of the entorhinal cortex that provided information to the hippocampus. This allowed them to precisely measure the activation in the entrance and exit of the hippocampus separately.

The investigators programmed an informational algorithm to distinguish between the activation of scenes and objects within these entrance and exit regions. They only applied it when the faces were shown on the screen. If the algorithm indicated the presence of information about the scene or the object, then it could only be controlled by retrieved memories of the linked scene or object.

According to the researchers’ explications, this data shows that, when the hippocampus retrieves a memory, the activation doesn’t go to the rest of the brain. Instead, it circles back to the hippocampus. This mechanism triggers the retrieval of other related memories.

The researchers consider the results of the algorithm a synthesis of new and old theories. “The results we got represent the best of both worlds. You preserve the capacity to remember individual experiences by keeping them separated while, at the same time, it lets those related memories combine at the point of retrieval,” said Dharshan Kumaran, co-author of the study.

According to Kumaran, this ability is useful, for example, in understanding how different parts of a story fit together. This isn’t possible if you only retrieve one memory.

The authors believe that the results of this study could help artificial intelligence programs learn more quickly in the future. Martin Chadwick, co-author of the study, explains that even though artificial intelligence is superior in many dominions, humans still have the advantage when the task depends on the flexible use of episodic memory. In that sense, Chadwick said, “If we can understand the mechanisms that allow people to do this, the hope is to be able to replicate it inside AI systems, giving them the capacity to solve some problems in much less time”.

The Temporal Lobe: The Center of Memory and Emotions
The temporal lobe is the area of the brain that helps you learn, remember, process information, and form emotional bonds to adapt to your surroundings. Read more »
Link copied!
Interesting Articles
Basic Psychological Processes
The Psychology of Language

Acquired brain injury (ABI) is brain damage caused on a brain after birth. It can be caused by many things, such as…

Researchers estimate that approximately 417 million people under the age of 50 have the herpes simplex virus. Now, what does…