The Value of Being Loyal to Yourself 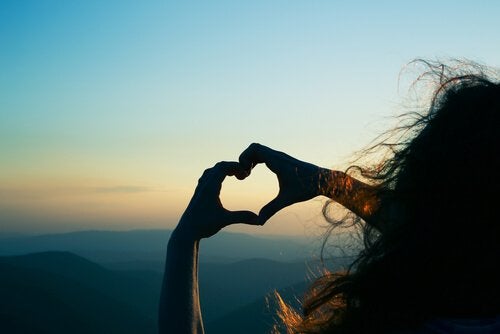 The value of being loyal to ourselves is enormous. To prove that being true to yourself can provide great benefits to your way of thinking and understanding the world, I would like to take a stroll through the precepts of humanistic psychology.

It is very possible that you have heard about humanistic psychology. This movement has been and still is a valid alternative to behaviorism and Freudian psychoanalysis.

What is humanistic psychology

Humanistic psychology is a school of psychology which posits that the altered states of the conscience are an exceptional means to reach our full human potential, giving special relevance to the non-verbal experience.

Humanistic psychology is a modern branch that originated in the United States as part of the revolutionary cultural movements of the 1960s. It has ultimately established itself as a valid psychological approach for different social and artistic fields.

To validate the approaches of humanistic psychology, its supporters rely on the theories of Jean-Jacques Rousseau, the celebrated French philosopher. Rousseau describes human beings as noble savages who have developed productive, kind, happy and good sensibilities. That is, as long as adverse experiences or society itself don’t corrupt their nature.

Being loyal to ourselves according to humanistic psychology

“One of the advantages of good actions is that it elevates the soul and arranges it to make other even better actions.”
-Jean-Jacques Rousseau-

Let’s get to know the diverse approaches that can be found in the theories of humanistic psychology. You will see in all of them the vital importance of being loyal to ourselves in order to have an existence of great value:

It’s obvious that humanistic psychology focuses greatly on the importance of being loyal to oneself, because only by being themselves can someone manage to develop their enormous potential and psychic abilities.

Link copied!
Interesting Articles
Psychology
Trust Is Not Needing to Know Everything

Trusting in someone is like giving the most delicate gift you could give: your heart. Trust is a precious good, a…

Psychology
If You Settle For Crumbs, You Will Always Be Weak and Starving

Crumbs allow for survival, to go from one place to another over time. They allow you to keep living, but…

Sports Psychology
How Does Exercise Improve your Psychological Life?

Whenever you've traveled have you ever experienced that lovely sensation of being reconciled with life itself? Because when you travel, you open your mind.…