The Role of Orexins in Sleeping and Eating

The role of orexins in the sleep-wake cycle was the scenario where scientists discovered these neuropeptides. Likewise, they've also discovered many other functions since then. We're going to tell you about them in this article. 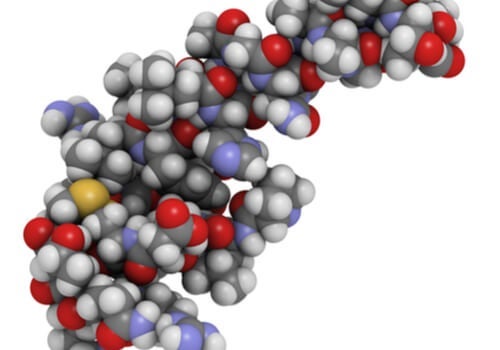 The role of orexins, also known as hypocretins, is well known by scientists. They discovered them in 1998. These two neuropeptide hormones are present in most vertebrates and derive from a common precursor protein, called prepro-orexin:

Their main function, among others, is to bring the intestinal responses to the brain. They’re secreted both in the hypothalamus and neurons and intestinal, stomach, and pancreatic cells. Thus, they have a great influence on nutrition, intake, and appetite control. Scientists also know this as the cerebral-intestinal axis.

There are two specific orexin receptors: OX1R and OX2R. Both receptors are coupled with protein G. However, orexin A has the ability to bind to both receptors, while orexin B primarily binds to the OX2 receptor.

Even though there are orexinergic neurons only in specific areas of the hypothalamus, these have very long projections into the entire brain. For instance, in certain areas of the limbic system and in the reticular system. Hence, they have an important role in various emotional, motivational, and reward functions.

The role of orexins in the sleep-wake cycle

The influence of orexins in the sleep-wake cycle was one of the main functions in the discovery of these neuropeptides. This orexin/hypocretin system has a lot of activity during wakefulness. However, this activity decreases during sleep, especially during the REM phase.

In fact, researchers also noticed that narcolepsy has to do with the deficiency of these hormones and their receptors. Thus, the sleep of people with this disorder is disorganized and fragmented and episodes of REM sleep may appear during the waking process.

Currently, researchers are working in this field in order to discover effective drugs against this type of sleep disturbance. For example, Suvorexant is a hypnotic antagonist of orexin receptors and is currently available in some countries.

The role of orexins on intake and appetite

Regarding food intake, orexins have the ability to increase appetite. Researchers noted that the orexin/hypocretin system is actually closely related to the interaction between the brain and the digestive system, so it could be the cerebral-intestinal axis.

As we mentioned above, orexins, apart from being secreted at the hypothalamic level, are also secreted in the intestine and stomach. Therefore, they’re particularly capable of regulating gastric motility or pancreatic hormone secretion, for example.

Thus, these neuropeptide hormones might be responsible for bringing the intestinal sensations to the brain in order to regulate appetite, especially in the short term. For instance, in a situation of fasting or hypoglycemia, the orexins in the intestine would increase and carry the information of nutritional deficiency and need of food to the brain.

As we mentioned above, orexins are also related to mood and emotions, given the connections of these neurons with the limbic system. Scientists also noted its influence on the processes of memory and learning.

Recently, they also discovered the influence of orexins on the hypothalamic-pituitary-gonad axis. According to this research, the neuropeptides are also important in the regulation of the reproductive process. Some of the functions in which they exert influence are:

As you can see, orexins have important potential due to their influence on multiple and various functions of an organism. Therefore, research in this field must continue since it could be very useful in the treatment of various types of disorders.

Tension Headache: Causes and Treatments
Although it doesn't usually cause any problems other than a simple discomfort, a tension headache can become a relatively serious problem if it persists. Read more »
Link copied!
Interesting Articles
Hormones
Trust, Generosity, Affection: The Benefits of Oxytocin