The Legal Implications of Cyberbullying

There are many legal implications of cyberbullying. For one, anyone with the intention to cause emotional distress, discredit, humiliation, or offense to someone is considered an aggressor. 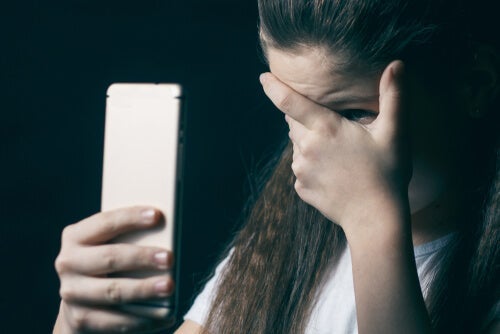 The legal implications of cyberbullying could be understood as a direct consequence of the degree of a crime. Harassment is a form of repeated aggression sustained over time between one or more people against a defenseless victim. New technologies are at work when it comes to cyberbullying.

Both the aggressor and the victim must be minors for it to be considered cyberbullying. In the study on safe habits in the use of ICT by minors published by INTECO in March 2009, cyberbullying is defined as bullying among peers in the ICT environment. It includes blackmailing, harassment, and insults by children to other children. The attack either threatens the victim or makes them feel inadequate.

The instances in which adults are the aggressors are referred to as adult cyberbullying. The differentiation is relevant as if the aggressor isn’t a minor but the victim is, it could be a case of cyber-stalking. In addition, when the aggressor makes sexual advances, then they’re guilty of cyber grooming.

The legal implications of cyberbullying – why is it a crime?

You must understand that what’s illegal in real life is also illegal on the Internet. Thus, any attacks, even if they’ve taken place on the web, are still a crime.

The seriousness of cyberbullying is also based on the fact that everything is recorded on the Internet. This makes the humiliation widespread and adds to the moral damage experienced by the victim.

An example could be sending images of the victim, whether they’re intimate or not, to other people, without previous authorization. Also, impersonating someone and tarnishing their image and reputation. The legal aspects of cyberbullying are for the protection against these kinds of situations.

There are three different types of cyberbullying and an aggressor can attack the victim’s right to honor, as well as their right to privacy and the right to their own image. These three rights can be affected independently and often jointly, given their obvious proximity.

Injury to the right to honor

The right to privacy is a part of the most reserved sphere of a person. It’s about certain things a given person wishes to keep hidden from others just because they belong to their most private sphere. This is about their dignity and the free development of their personality.

Injury to the right to a person’s image

The right to one’s image means the right to dispose of the graphic representation of oneself. Thus, its protection is about maintaining a certain external image.

Legal implications of cyberbullying – the protection of victim’s rights

There are currently no regulations against cyberbullying in many places around the world. This is because the various types of online crimes fall under the regulations that govern physical ones. There are many laws about these and lawyers apply them depending on the case.

There are various ways to protect the rights of victims. Firstly, there’s the Criminal Code. Deprivation of liberty is among the penalties in it, although there are also fines and any corresponding compensation.

Another possibility is to resort to civil proceedings to seek compensation for any damages — psychological, economic, or moral. Finally, if appropriate, one could appear before the local Data Protection Agency. There would be no compensation here, but it could lead to a significant fine for the offender.

A victim of cyberbullying often suffers serious emotional consequences, especially minors who are still figuring out who they are.

Thus, before having to face the consequences of the damage, it’s important to understand that education is the basis for avoiding these kinds of situations.

Child Grooming and Online Sexual Harassment
Child grooming is a form of sexual predation that takes place here on the Internet. Currently, there's an exhaustive regulation focused on the issue.  Read more »
Link copied!
Interesting Articles
Psychology Today
The Importance of Touching and Being Touched

The importance of touching and being touched by those you love is more than just biological. It's part of human…

Interesting Articles
Brain
Characteristics and Function of the Raphe Nuclei