Suggestion: the Only Effect is in Our Minds 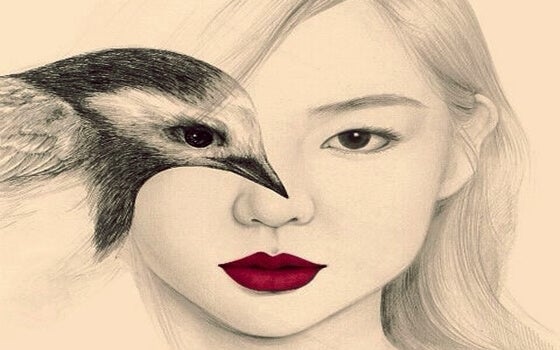 Suggestion is one of the most interesting phenomena in the human mind. It is a psychic state in which a person experiences sensations and ideas that someone suggests or leads them to. Suggestion can also mean stopping sensations that a person moves away from. It is something implanted in the mind without us being aware of it.

The concept of suggestion seems to be very old – in fact, there is evidence that hypnotic techniques were used in China, India, Greece, Mexico and many other cultures thousands of years ago. Some vestiges indicate that the Egyptian culture used a type of hypnosis very similar to ones used today, more than 3,000 years ago. In those times, the phenomenon was associated with a magical-religious experience.

“Regard every suggestion that your life may be a failure, that you are not made like those who succeed, and that success is not for you, as a traitor, and expel it from your mind as you would a thief from your house”.

Franz Anton Mesmer, in the eighteenth century, was the first to attempt a rational explanation for the power of suggestion. However, he combined scientific observations with charlatanism and this caused him to fall into great disgrace. Later it was Dr. James Braid who really made efforts to give these phenomena a scientific status. Many other men of science followed him who managed to explain hypnosis, especially from the concept of the unconscious.

The four types of suggestion are: direct, hypnotic, indirect and autosuggestion. Direct suggestion comes from authority exercised by one person over the person subjected to it. Hypnotic suggestion is from a hypnotic trance, which can appears in various ways.

Indirect suggestion, on the other hand, is what occurs when other people’s ideas are put into the mind as if they were their own. Finally, auto-suggestion is something that a person does to themselves, more or less deliberately. The person is induced to incorporate an idea or sensation into their mind. For example, if it’s cold and a person tells themselves “I don’t feel cold, I don’t feel cold”, in an attempt to believe that it isn´t cold.

There is also a sub-type in auto-suggestion. This is involuntary autos-suggestion. It happens when an individual, without wanting to, ends up convincing themselves of an idea. Sometimes it is an unwanted idea. For example, when someone gets a rash on their skin and begins to think it is something serious. They do not go to the doctor to avoid hearing bad news, but they are certain that they are suffering from a terrible illness.

The power of suggestion

Suggestion has enormous power over our actions and, of course, about our way of perceiving reality. Hypnotic suggestion contributes to therapeutic purposes. Its effectiveness is limited. First, because not everyone is suggestible enough to hypnotism. Second, because suggestions in a state of semi-conscientiousness do not hold up over time.

Direct suggestion comes from people who can persuade others, even of dangerous ideas. These individuals do not talk to people’s logic, but to their emotions. In particular, to their fears and their desires. They break down people’s will and cause them to do what they want. It is a form of suggestion that is associated with power, although not necessarily with great powers. It is seen in relationships, sales, all the way up to heads of state or dictators.

Indirect suggestion is more complex and more difficult to detect. It comes from the “world of ideas” that society builds. Various institutions create and promote it, even without us being aware of it. Some religious beliefs fit here. That there is a beyond, for example. Many believe it to the letter, even though they do not have any evidence to corroborate it. Some even see as a threat that someone tries to prove otherwise.

Auto-suggestion, especially the involuntary kind, is more present in our lives than we would like. Much of what we think is nothing more than a set of beliefs, without any foundation. We do many things because we have seen others do them or simply because of habit, but we do not always stop to look for a reason why. What is clear is that we have convictions about ourselves and about everything in general, but these would not hold up to rigorous analysis. That’s just the way we are.

Link copied!
Interesting Articles
Psychology
5 Tips to Learn How to Laugh at Yourself

Social networks like Facebook can provide many benefits and can be a source of growth if they're based on healthy relationships,…

You decide if you live or just survive. If you let yourself go with the flow, going through life carefully…

Psychology
How Grieving Helps Heal the Wounds After Loss

Grieving is something that is always present in our lives. We have to say goodbye to places, colleagues, relatives, friends and partners.…