This Short Film Teaches How to Value the Little Things 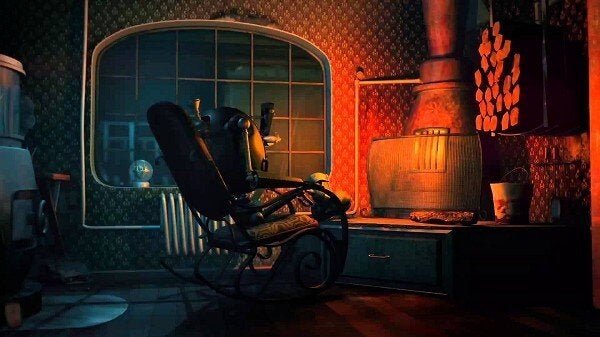 If we talk about cartoon films in which the protagonists are robots, the first movie to come to mind will probably be WALL-E. Well, we hope that after you see this short film, you will have a special place in your heart for a lonely robot named Bibo. Bibo’s story shares an important message about always remembering to value the little things in life.

Bibo is an old robot who lives life by a strict routine that, in a certain way, allows him to keep on living. His existence consists of simple little things that give him strength and that nourish his soul… Bibo sells ice cream and is committed to his job because, in the face of his reality, he is still able to make a little girl happy.

Bibo is a short film with evocative music and a powerful message that leaves an impression on the viewer. The little things that this robot does each day are, in reality, not only his only way of continuing to live, but rather his way of making sense of the world.

In addition to being sure you will enjoy this film, we are sure it will also make you consider many questions in your own mind. Its creators knew very well how to choose an effective character and how to build his environment within a certain context. These aspects combine to build a strong impression.

In a certain way, robots are beings that are seemingly artificial and lifeless that, maybe in the future, are condemned to imitating human behavior. So, why would they not also imitate human emotions? We invite you to reflect on that idea while watching this film.

The imaginary life of Bibo: a film that tells the story of the human condition

Bibo inhabits a solitary world. It is a world that is mechanical and strangely artificial. In reality, this lonely protagonist creates his world through his imagination. It is a world which consists only of his routine. The little things he does each day nourish his soul, and even bring him happiness.

Bibo finds himself suspended in a world woven of machines and melancholy. The only thing he has to look forward to every day is being in the plaza at 8 o’clock every morning to give ice cream to the children. These children, however, only exist as his own creations.

Without straying from the truth, it could be said that this mechanical, square, and internally empty character represents many dimensions that characterize humans. It makes the viewer consider the idea of humanity, and how the human race still finds itself above machines.

Dream worlds that sustain us through hard times

We all have our own dreams, and our own internal worlds that, sometimes, are the only things that give us strength to get up in the morning. This feeling should be infrequent; we should not live solely through our defense mechanisms, dreams, and false hope.

In the film, Bibo suffers the curse of having to live alone with the memories of the past and, especially, to live with melancholy wrapped up in his steps, in his heart, in the always punctual clock, and even in the child who, so long ago, ceased being real.

The award-winning creators of this short film are Anton Chistiakov and Mikhail Dmitriev. According to these film makers, what they were hoping to communicate in this delicate, symbolic, emotional, and touching film was a simple reflection about the cycle of being human.

Over a certain amount of time, people accomplish a function in society, just like Bibo, who use to sell ice cream. Later on, a moment arrives in which everything changes and we feel obligated to relive only our very best memories of the past. We shelter ourselves in a defense mechanism in which the value of the little things in life bring back the emotions of yesterday. These emotions become authentic pillars that sustain us and give us the energy to keep moving forward.

In this film, the human condition is present only in a tinplate robot. This robot represents the last impulses of the human race: melancholy, memory, sadness, and immense affection for the loved ones who push us to do the impossible. And even create an imaginary world that no longer exists.

We invite you to enjoy this short film, and share it, too!