Schizotypal Personality Disorder: What Is It?

Schizotypal people tend to distance themselves from social environments. But why? Mainly it's because they consider that having close relationships with others is dangerous. 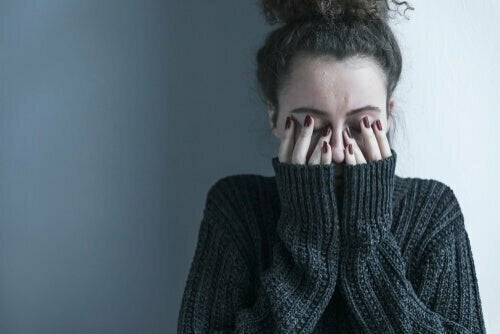 People who suffer from this disorder tend to have very limited social lives. Also, emotional poverty is quite a common aspect of SPD. This means that SPD sufferers don’t tend to communicate their positive feelings and emotions very well. This, as you can imagine, complicates their social relationships even further.

However, it’s very common among sufferers to have a general fear (very typical of schizophrenia, for instance, belief in the paranormal). Another aspect of this disorder is that the person tends to have low self-esteem. Clearly, people who suffer from SPD have a hard time coping with life.

According to author Jorge Castello, people who suffer from SPD tend to have the following traits:

Although the symptoms we mentioned above are general signs of SPD, let’s take a look now at some core or tell-tale symptoms. These symptoms are typical throughout all sufferers of the disorder.

Schizotypal people tend to distance themselves from social environments. But why? Mainly, it’s because they consider that close relationships with others are dangerous. They’re different from people who suffer from paranoia in that they aren’t planning vengeance; they don’t counter-attack for perceived threats. However, they do share some traits such as suspicion and continued mistrust (1).

Of course, it mustn’t be easy for sufferers, since they have the recurring idea that others are mocking or making fun of them. That’s how people with this disorder live: with constant, paranoid suspicion, distancing themselves from their environment.

Apart from these paranoid ideas about their environment, people with SPD can experience other sensations that make them become detached from reality. Sometimes, they can have the sensation that something “dark” exists that influences their lives. They may describe this “dark something” as “energy” or “spirits”, or have even more elaborate explanations.

For instance, belief in telepathy or mind control is very frequent. The person with SPD may believe that they have these powers, or that others may be able to control them.

Perception can also play tricks on people with SPD. Sometimes, they may have illusions or see faces when no one’s there. They may feel a presence, even though they’re alone.

It’s also common for people with SPD to be viewed as “odd” or to be considered socially strange. It’s typical for people with this disorder to dress in peculiar ways, with strange or oddly matched clothes.

As a general rule, people who suffer from SPD tend to have low self-esteem, permanent fears, and disassociation with the people in their life. They also tend to have little interest in developing friendships. That means they generally limit social relationships because of their low self-esteem.

Sufferers normally have a very limited amount of close friendships. That’s why, as much a cause as a consequence, they don’t have much interest in developing friendships. You could say that the fear the person has of social interactions influences their perception of themselves, making them come to think that they deserve to be marginalized.

In that regard, you may also note that this inability to express emotions can also aggravate other symptoms of schizotypal personality disorder, increasing their suffering.

Although it’s not a common disorder, it’s important to understand the traits that define it. Since it’s different from schizophrenia in the way it’s treated, it’s good to be aware that a therapeutic approach is generally recommended, which isn’t limited to using medications.