Progressive Supranuclear Palsy (PSP): What Is It?

Progressive supranuclear palsy is a neurodegenerative disease with an unknown cause. It can impact someone's motor skills, cognitive abilities, and psychological state. 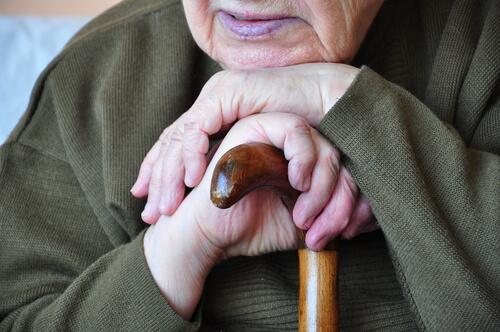 Progressive supranuclear palsy is an extremely rare illness that affects fine motor skills, cognition, and emotions, among other things. For example, people who suffer from it can have difficulties moving, balancing, and talking.

This condition affects approximately six people per 100,000. This means that it’s also a very under-researched syndrome that we don’t know much about. Unfortunately, that also means treatment for it still isn’t very precise.

Steele, Richardson, and Olszewski discovered the disease in 1964. This is also why it’s known as Steele–Richardson–Olszewski syndrome.

Jiménez-Jiménez (2008) defined it as a neurodegenerative disease that causes a buildup of neurofibrillary tangles in your neurons and glial cells. This slowly shrinks these areas and eventually keeps them from sending messages to the frontal lobe.

Until scientists do more research, we won’t really know what causes it. As of yet, the two big theories are genetics and potential environmental factors.

Progressive supranuclear palsy affects the brain in many different ways. Ardeno, Bembibre, and Triviño (2012) summarized some of its consequences:

This disease is usually diagnosed after death, as it’s really hard to diagnose someone while they’re still alive partly because it’s so rare. The lack of research on this disease causes doctors to often mistake it for other disorders. This is why most doctors nowadays perform differential diagnoses of Parkinson’s, multiple system atrophy, corticobasal degeneration, frontotemporal dementia, and Lewy body dementia.

Here are some of the tools doctors resort to diagnose this disease:

According to the National Institute of Neurological Disorders and Stroke and the Progressive Supranuclear Palsy Association, there are several diagnostic criteria for this disease:

Because this disease is so rare, we don’t have a concrete, standard way to evaluate it. Thus, doctors have to do case-by-case evaluations and use different tests, exams, and questionnaires with each patient.

Arnedo, Bembibre, and Triviño (2012) have talked about how they evaluated one specific patient, along with the tools they used:

There yet isn’t an effective, concrete treatment for progressive supranuclear palsy. All we can do right now is help keep the patients’ symptoms under control so they can live their lives. Because we don’t know how to treat it, the goal is to slow it down and also help the patient become as independent as possible.

The treatments involve multiple specialists including neurologists, psychologists, and physical therapists. Doctors might prescribe things like L-DOPA, fluoxetine, amitryptiline, or imipramine to treat it. Some patients also do speech therapy, cognitive stimulation therapy, and occupational therapy.

What are the Functions of the Hypothalamus?
The hypothalamus is an area of the brain that has many functions despite its small size. Learn about its structure and functions here! Read more »
Link copied!
Interesting Articles
Brain
The Cingulate Gyrus

When I was a child, many times I saw people do certain things that hypnotized me. At that moment, all…

Dr. Nancy Andreasen is a psychologist from the United States. She holds the Andrew H. Woods Chair of Psychiatry and…