Mario Capecchi won the Nobel Prize for Medicine in 2007 for genetic research. However, behind this genius lies an unthinkable story. Read this article to learn more! 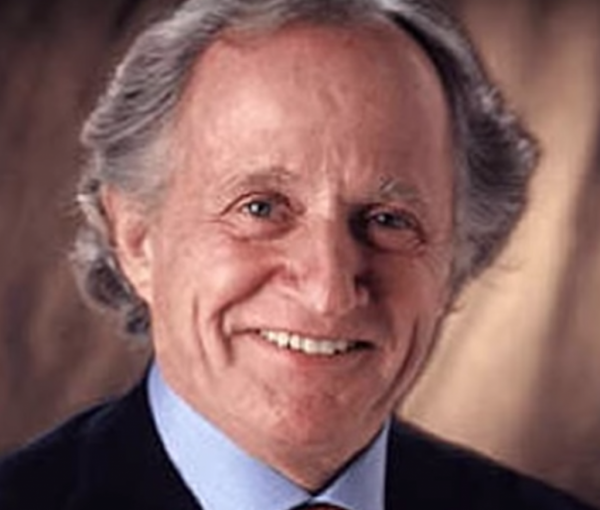 Mario Capecchi’s life story is one of those that forces you to do research and review several resources to see if it really is true or not. The craziest thing that this genius lived was the fact that luck was against him and on his side at the same time.

Mario Capecchi was born in Verona, Italy, on October 6th, 1937. Apparently, he was destined to be a happy child. His path to success was crystal clear. On one hand, his father, Luciano Capecchi, was a prosperous aviator. On the other, his mother, Lucy Ramberg, was of American origin and came from a family of artists with good financial resources.

His father traveled all over the world and that’s how he met Lucy. The two fell madly in love and she decided to follow him to Italy and start a life by his side. She formed a group of artists in Europe called “The Bohemians” and also taught poetry at La Sorbonne. The future seemed bright and joyful for the entire family.

The rise of fascism

The Capecchi family wasn’t expecting fascism to begin to break through in Italy, but it did. All of a sudden, war drums became a daily hammering. Mario Capecchi’s mother, Lucy, started a more or less clandestine campaign against fascism. She founded a newspaper and resolutely opposed the so-called “racial laws” of Mussolini.

The fighting began and Mario Capecchi’s father was called up. He had to leave for Africa to join an anti-aircraft artillery unit.

“Fate pulls you in different directions.”

Before leaving, though, he was frightened for his family. He knew that at any moment his wife could get into trouble with the authorities. Fearing the worst, he gave money to some farmers in Bolzano to take care of his child in case his wife was arrested. They accepted.

As planned, in 1941, the Gestapo arrested Lucy Ramberg. They sent her to the Dachau concentration camp when Mario was only three years old. As a consequence, a group of peasants started taking care of him.

Up to that point, there are conflicting versions. Some say they mistreated Mario and that he, consequently, decided to flee. Others say they just ran out of money and then decided to abandon him. The truth is that they left Mario Capecchi on the street with only four years of age.

Mario Capecchi, a genius in the street

Mario Capecchi has no clear memories of what happened at that time. The only thing he remembers is seeing himself alone and helpless in the middle of the street. He began to roam the roads and found several groups of children who were in a similar situation. They had no adults to worry about them and were forced to survive in the outside world.

This child-gang stole food and slept in the streets or wherever they found shelter. The only thing on their minds was getting through the day. They didn’t have the slightest notion of the future. Their survival instinct was the only thing they could rely on to face adversities.

Mario Capecchi was homeless for five years. When he turned eight, he suddenly got sick. He had no idea what happened exactly. One day, he passed out on the street and someone found him and decided to help him. One way or another, he arrived at a hospital and found out he had typhus.

The wonders of fate

The war was over and Mario Capecchi wasn’t stable enough to escape from the hospital, as he used to do every time some institution “adopted” him. As a matter of fact, he’d escaped several times. However, on this occasion, it was different since the disease barely let him move.

One day, a woman approached his bed. He barely recognized her. It turns out that she was his mother. Surprisingly, she had survived the concentration camp and had been looking for him for 18 months. The fact that she was able to figure out his whereabouts was a miracle.

She was very changed, both physically and mentally. Regardless, this was a heart-warming reunion. The two of them left for the United States, where they began a new life. Capecchi decided to study medicine. He was a brilliant student.

In the early 1980s, contrary to the will of researchers at the National Institute of Health, he began an experiment with mice. He took a gene from their DNA and exchanged it for another.

In 2007, he won the Nobel Prize in Medicine, along with Martin Evans and Oliver Smithies. A woman who lived in Austria, named Marlene Bonelli, recognized the last name when he was awarded the prize. Mario Capecchi had no idea, but she was his stepsister – daughter of the same mother. She looked for all possible ways to communicate with him and a year later the reunion took place. Once again, luck was on his side.