Life Among the Wolves: The Story of a Feral Child 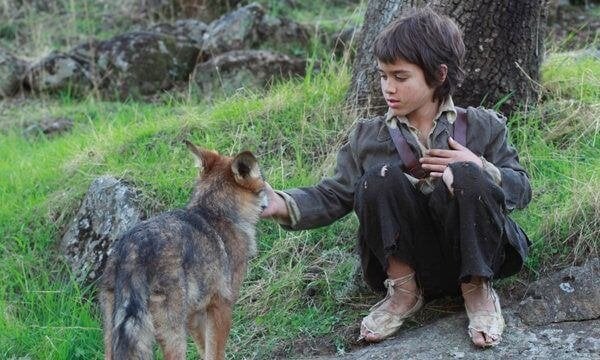 Marcos Rodríguez Pantoja, a man from Spain who lived in the middle of nature with wolves as his only company as a child after the civil war, sums up his experience like this: “I feel like I’ve learned a lot from wolves and little from humans.”

For twelve years of his young life, Marcos was responsible for his own survival, and he survived. He learned to hunt his own food, make his own clothes, and live in a pack.

His father was too poor to take care of him, so he sold him to a goat herder. But the goat herder passed away in the middle of the wilderness, leaving Marcos all alone at only seven years old.

Nobody would have thought that twelve years later, the feral child would have survived, having grown into the strong 19-year-old man Spanish law enforcement eventually found.

However, Marcos felt like he couldn’t adapt to society, and thought that the human world was too superficial. “People care about the clothes you wear and whether or not you look good.”

He could never understand why humans complain so much when we have all we really need to survive and be happy. As he says, he was happier living with wolves because he learned to hunt and therefore never went hungry.

Wolves were his only family: Marcos, the feral child

When Marcos was alone in the wilderness, he never thought a family would come take him in. But what happened was his family became a pack of wolves who decided to adopt him.

He began feeding his scraps to the cubs, which led the older wolves to trust him and treat him like one of them.

Contrary to what you might think, Marcos didn’t want to return to society. As a child, he was abused by his stepmother and neglected by his father. He experienced so much hate, cruelty, hunger, and poverty that he didn’t want anything to do with that world anymore.

The “feral child” felt loved when he was with the animals. The foxes, rats, and especially wolves, took care of him like nobody had before.

Anthropologist Gabriel Janer, who wrote his thesis on the case, noted that Marcos wasn’t making anything up, but he did try to imagine a love that meet his need for affection, which he didn’t get as a child.

And the wolves were able to give him that. Thanks to them, Marcos felt loved and cared for, and that made him happy living in nature.

When he thinks about the day the Spanish police found him and returned him to society, he doesn’t know whether it was a good or bad thing. From that point on, the feral child began to live like a man, which, in his opinion, is harder than living with wolves.

The feral child starts to live in society

Returning to society meant doing potentially undesirable things, like working to earn money, buying food, feeling the pain of envy and resentment, and being ridiculed by other people. According to Marcos, he didn’t have to deal with any of that from the wolves.

Since he so little experience living in society, people took advantage of his naivety. “I didn’t know or care what money was. I didn’t understand why you had to have money to eat an apple,” he says.

Society, the way we know it, makes people think we need things that we really don’t need.

People suffer because of false needs, when most of us already have everything we need to live well. We’re bombarded with deceitful advertisements, which is partly to blame, but we’re the ones who give them power by passively absorbing messages others send us out of their own self-interest.

Lessons we can learn from the wisdom of a feral child

Marcos the feral child never did come to understand why people complain so much in a world of such abundance. There’s no need to hunt, our clothes are already made and ready to buy, we have clean drinking water, and it’s easy to find a roof to live under. So…?

Society attempts to control us and manipulate us to do what they want us to do: consume. They tell us when we should wake up, how we should dress, and which jobs we should have.

That’s why we suffer. This de-naturalization of us as human beings fills us with anxiety.

Marcos says that he didn’t feel like that. Instead, he lived in the present. “I just knew that the sun rose and then it got dark, nothing more.” This way of living in the moment made him freer and happier.

None of us will know what it’s like to live like Marcos did, but we would be a lot better off if we started to free ourselves from these ridiculous needs.

We should walk more lightly and notice the abundance around us so that we can gain clarity and let go of unnecessary suffering.

Connecting with Nature Makes You Happier
Nature is wise. It has provided us with the mechanisms, instincts, and impulses we need to survive and be happy. At the end of the day, this is all we Read more »
Link copied!
Interesting Articles
Philosophy and Psychology
Evaluating Your Purpose in Life: The PIL Test

The smell of coffee is a delight and it stimulates us. There's nothing more comforting than taking in the aroma…

Culture
The 6 Rules of Simple Intelligence

Yves Morveux is a consultant at the Boston Consulting Group and a professor at several universities around the world. He's…

Frida Kahlo lived an intensely emotional life full of precocious learning and controversial temptations. This filled her history with love, struggle, and hope, and showed the world a life beyond what everybody thought…

Culture
Strategies to Get the Most Out of Study Time

Studying is a task that requires your full concentration and attention in order to achieve the best results. It's not just spending…

Culture
A Buddhist Story about Patience and Mental Peace

We have a bad habit of wanting almost everything instantly and doing things immediately. We prefer to change our decisions…