What I Learned from Reading Murakami 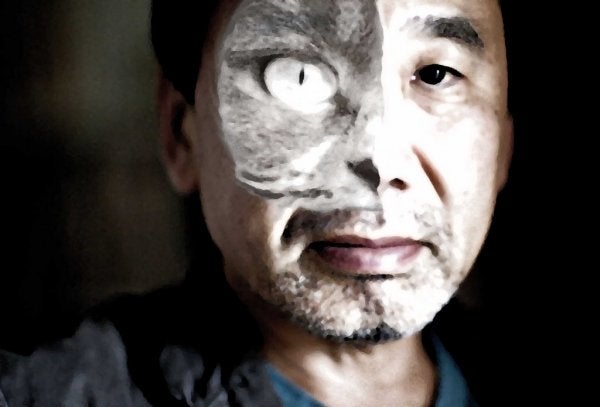 Haruki Murakami is one of those unusual writers who enjoys the approval of both the public and literary critics. For example, if we look at the list of the latest Nobel prize winners in literature, a lot of readers — let alone people who aren’t such big readers — won’t recognize the authors. While Murakami doesn’t have a Nobel prize yet, his work has certainly gotten attention lately.

He chooses titles that few editors would’ve chosen, something that shows just how much detail he puts into books. In addition, he is able to paint a portrait of a character better than perhaps any other author.

Japanese culture is very much a part of his novels. The ceremonial aspect that Japanese people assign to trusting relationships is especially evident. Another common thread between his characters, from the youngest all the way to the oldest, is sadness. Sadness and loneliness.

In his novels, any company seems to have been accidental, and solitude is the characters’ natural state. This may also have a lot to do with the character of the author, who confesses to being a very introverted person.

Willpower is not as powerful as we would think

A person who spends all day exercising their willpower has chosen the wrong path in life. Murakami approaches this subject, when it comes to exercise, from an extraordinary perspective. A lot of people who exercise daily are seen as having enormous willpower. Maybe it’s true, at least for a subset, but for most people who have exercised for years, they don’t do it out of pure willpower

They do it because for them it’s easier, more fun and more motivating than other options. They prefer one hour of exercise to one hour of meetings or Spanish classes. They prefer it over other activities. On the other hand, some people wouldn’t put themselves through this “torture” unless their health forced them to.

Another example: say there’s a young boy who loved staying at home on Saturday nights reading quietly. For him, a night at a club would be a test of his willpower. However, because of his friends, he forces himself to go, though he heads home as soon as he can.

It seems that anything healthy, good, and advisable must also be unappetizing, unpleasant and discouraged. The opposite seems to be temptation, desire, indulgence. But this is often not true, and here is where we may get confused about willpower. Thus, we could spend time swimming against the current, but life like that has no meaning.

Even in injustice there is usually some kind of justice

There are two types of people: those who eat as much as they want and do not get fat, and those who have a special ability to assimilate any calorie they see into their body. Normally the first group is envied by the second. In fact, have you ever heard of envy going the other direction?

However… this kind of genetic injustice has a counterweight. People with a greater tendency to gain weight tend to watch what they eat more. They think about eating a more varied diet and not torturing their metabolism with huge meals. That’s why it’s not strange for an overweight person to be healthier — at least per blood tests — than a thin person.

Thus, people who are more sensitive to weight fluctuations have an “inner alarm” that will go off more easily when it senses health problems. It’s actually an advantage that we often ignore. In addition, this is just one example of how we see the negative in a situation without also looking at the positives.

Being different has a price

The exponential globalization that we’ve witnessed in recent years is mixing cultures, but to a large extent also homogenizing them. Plus, our competitive world is so short on creativity that its price has skyrocketed. So, somehow we all want to have a voice of our own, a style of our own. But at the same time we want the groups we identify with to accept us. It’s the paradox of wanting to seem different.

Well, the truth is that, one way or another, no two people are the same. The price we pay for our differences is arguments and misunderstandings. Yes, the very things that we dislike so much. Like you and me, Murakami’s characters are very different and enjoy their differences, paying the same price as we do.

Do not give your freedom away to anyone

Nobody deserves to carry that weight or hold that privilege in their hands. Once we’re grown up, nobody and no thing deserves it. Not even if it’s a person you adore or a job you love. Not only because your freedom is a privilege that is inherently yours (within the limits of the law, of course), but also because if you give someone or something your freedom you will be condemning yourself at the same time.

Maybe at first you’ll be ok with it, but sooner or later you’ll end up regretting having given it away. It will probably end or break down your relationship. Likely, you’ll stop feeling passionate about that job you used to get so much satisfaction out of.

“The human heart is like a night bird. Silently waiting for something, and when the time comes, it flies straight toward it.”

-H Murakami, Colorless Tsukuru Tazaki and His Years of Pilgrimage–

People love each other, body and soul

“In this dream, he burnt with desire for a woman. It was not clear who she was. She was just there. And she had a special ability to separate her body and her heart. I will give you one of them, she told Tsukuru. My body or my heart. But you can’t have both. You need to choose one or the other, right now. I will give the other part to someone else, she said. But Tsukuru wanted all of her.”

-Haruki Murakami, Colorless Tsukuru Tazaki and His Years of Pilgrimage–

Nothing better than the author’s own words to explain his own reflection. It is that love has a powerful chemical part, but it also has a powerful physical part. To give up one of the two aspects is to wound your own self-love until it dies.

It is to condemn yourself to a perpetual dissatisfaction that won’t take long to end you. Perhaps conceptually we can separate soul and body, but love needs them to be like a finely tuned orchestra.

If you read Murakami’s work, you’ll come to your own conclusions. Granted, his characters don’t talk much, but his books are fertile fields for reflection and personal growth… and enjoyment, most of all.

“No truth can cure the sorrow we feel from losing a loved one. No truth, no sincerity, no strength, no kindness can cure that sorrow. All we can do is see it through to the end and learn something from it, but what we learn will be no help in facing the next sorrow that comes to us without warning.”

“Books are mirrors: you only see in them what you already have inside you”. This quote, from the book The Shadow of the Wind by Carlos Ruiz Zafón, speaks of how personal…