Ivan Pavlov and the Theory of Classical Conditioning 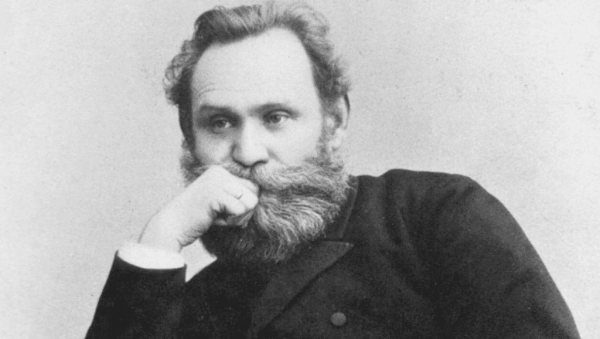 Ivan Pavlov‘s experiments with dogs are very well-known in the history of psychology. People built a psychological learning theory from his small accidental discovery. Pavlov’s studies have helped us understand associative learning through classical conditioning.

Classical conditioning consists of associating an initially neutral stimulus with a meaningful stimulus. Thus, when the neutral stimulus is present in the absence of the other stimuli, we’ll get a similar response to the one we would get if we were to introduce the significant stimulus. This ability to associate stimuli, however different they may be, helps us in many daily situations.

Ivan Pavlov, a Russian physiologist, was carrying out research regarding how dogs salivated in the presence of food. One day, while working on this experiment, he noticed that the dogs began to salivate before he had even brought the food out. Simply subjecting the dogs to the conditions of the experiment was enough to provoke this reaction in them.

Pavlov concluded that his dogs had somehow associated the experiment with the imminent introduction of food. In order to unravel the mysteries of these new findings, Pavlov began to design a series of experiments. His goal was to test his hypothesis that when we present two stimuli contingently, an association can take place.

The experiment that demonstrated the existence of classical conditioning was the association of a bell sound with food. Pavlov placed salivation meters on several dogs. During the experiment, Pavlov rang a bell and then gave the dogs food. And obviously, after giving them food, the meters indicated salivation.

After introducing these two stimuli (the bell and the food) several times, Pavlov managed to get the dogs to associate them. The proof of this was that the sound of the bell alone made the dogs salivate. However, we should note that they salivated more when he brought the food out.

This experiment showed that an initially neutral stimulus can provoke a totally new response through its association with a significant stimulus.

The components of classical conditioning

We’re now going to briefly explain each of these components and the relationship between them:

All the research that has emerged from classical conditioning has helped us understand many aspects of human learning. Thanks to this, we can anticipate phobias and also link emotions to new stimuli.

Pavlov lit the spark that enabled us to understand a lot of what we now know today about learning and conditioning.

Lucio Syndrome: Adopted Conditioning
Lucio is the protagonist of the experiment lending its name to the syndrome. His behavior was the point of departure for what is known as “Lucio Syndrome.” Read more »
Link copied!
Interesting Articles
Psychology
Aiming to Please Can Be Our Downfall

Close your eyes and imagine the country of Neverland. Wendy is a girl who takes care of the story's characters in…

Psychology
The Most Common Types of Anxiety: From Social Anxiety to OCD

Anxiety is one of the greatest evils of our time. In fact now there are multiple types of anxiety identified and…

Sometimes you feel like all of your efforts go unrecognized or that no matter how hard you try, you do…

Psychology
There's No Turning Back Once Your Eyes Have Been Opened

There are wounds that, instead of opening up our skin, open up our eyes. Once our eyes have been opened…