How to Know If You're Too Silent 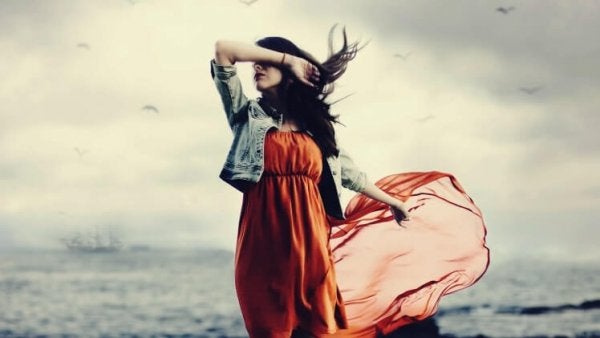 It’s not easy to know when we should speak up and when we should be silent. You could say that being able to recognize the right moment for each one is an art. The proverb “When words are many, transgression is not lacking” is true. Speaking too much exposes us to negative consequences. However, not talking sometimes also leads to negative consequences. How can you know if you’re too silent? Read on to find out!

Silence is very valuable because it allows time to think and consider what we’re going to say. It’s also a necessary condition for listening and it’s favorable for reflection. However, when we’re more silent than we need to be, we may cause misunderstandings or undesirable situations.

Silence must be a decision, an act of prudence, a form of undervalued courage. In some, being a person of few words is a characteristic trait. These people know when to speak and when not to do so. When you’re silent for other reasons, such as fear, confusion, or bewilderment, perhaps you’re being too silent. How do we know if this is the case? Here are some tips that might help us out.

“What can be said at all can be said clearly, and what we cannot talk about we must pass over in silence.”

We’re overly silent if we cause conflict

If silence lends itself to causing misunderstandings, then you’re being too silent. Here’s an example. One person feels upset with another because they discovered that the other had lied to them. Instead of confronting the situation, they decide to remain silent. However, they begin to act aggressively towards that other person who offended them. They also create a barrier and distance themselves.

In this case, it’s likely that the offended person will hold a grudge for some time due to the lie they were a victim of. And the other person will never have the opportunity to explain their reasons or recognize their mistakes. In such circumstances, silence doesn’t solve anything. Rather, it creates an invisible barrier that doesn’t let us solve the problem.

Being silent when there’s an injustice shows indolence or cowardice. By doing this, you become a silent accomplice. Silence can be a way of approving or validating an abuse. That is a clear example of being overly silent.

It’s not easy to raise your voice to stop an injustice, especially if the perpetrator has power. However, not speaking up is a type of silence that can last a lifetime. Speaking up at the right time is also as important as being quiet when you need to be. This means that silence shouldn’t be an accomplice to injustice.

Silence due to fear or shyness is not OK

Sometimes life makes us build barriers to protect us. Maybe we’ve been through a harmful or violent experience which made us shut ourselves away from the world out of fear. Many times, this condition persuades us to adopt an overly-silent lifestyle.

Maybe we have a lot to say, but we decide to keep it to ourselves because we don’t think it’s valuable. We’re scared of being judged or questioned, although we’re conscious that our ideas are valuable or important. In these cases, what’s supposed to be a means of protection against the world becomes a cage that doesn’t let us fly.

We can say we’re too silent if we don’t openly express our affections for other people. Love should always be expressed freely and openly. It’s not good to keep sweet and affectionate words to yourself. In fact, expressing our love is one of the most beautiful gifts we can give to another person.

Our loved ones are gifts. Sooner or later, those bonds will end because of distance, broken relationships, or even death. Therefore, every moment with those people we love is precious and there will never be enough words to show the other how important they are to us.

Words can create and destroy, but so can silence. That’s why it’s important to learn the art of knowing when to talk and when to keep quiet. If we master this art, we’ll surely become more coherent, assertive, and successful.

Introversion with High-Functioning Anxiety. Does it Describe You?
Introversion with high-functioning anxiety is more common than we think. This set of traits hides under what is known as "secret anxiety." Read more here! Read more »
Link copied!
Interesting Articles
Culture
Headhunting: Do You Know How it Works?

If we look at the original meaning of headhunting, it's not too pretty. It's pretty shocking, actually. But in the…

Culture
Can Your Gaze Induce an Altered State of Consciousness?

The first time gaze was mentioned as a factor that affects other people's consciousness was two centuries ago. Franz Anton…