Five Habits of People who Hide Their Depression

Not all people who look depressed seem sad or isolated. Sometimes laughing a lot, or being too friendly, for example, could be a sign that someone might be hiding their depression. 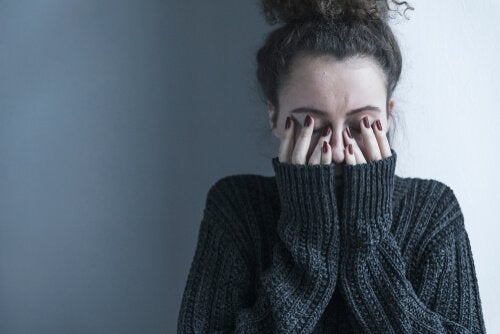 Hidden depression is a condition when the sufferer doesn’t manifest typical symptoms of depression, but instead other patterns and traits under which they hide it. In fact, the first to overlook this situation is the one who’s suffering from it. They do so to push their pain to the back burner.

This process of trying to encapsulate or beautify their symptoms of depression is unconscious or preconscious. It’s not that the person deliberately wants to pretend to not be feeling something. Concealment is a way of defending themselves from the pain that perhaps they don’t feel capable of dealing with.

Hiding one’s problems from oneself and others isn’t positive at all. On the contrary, sometimes this only makes problems worse. Here are five telltale signs that a person has hidden depression:

People with hidden depression don’t want to be alone because they don’t like spending time by themselves. If they don’t have people around them, their acute feelings of sadness surface more easily.

This is the reason why they tend to be obsessively sociable. They’re always looking for ways to organize get-togethers and other social events. And if they don’t succeed, then they simply call their relatives, friend, or colleagues. Subsequently, they don’t want to be alone because solitude forces them to think.

This exaggerated behavior is usually an attempt to compensate for the fact that they feel completely awful. People with hidden depression tend to boast about their supposed wellness. If you ask them how they are, they won’t say good but instead “great” or “fantastic”.

As we noted, this is an unconscious form of compensation. Not only that, but it’s almost an attempt to convince themselves and others of how “wonderful” they feel. It’s a smokescreen to ward off their discomfort and keep their depression at bay.

3. They talk repeatedly about the past

Failure to leave the past in the past is an indicator that they have unresolved issues. That past could have been positive or negative, it doesn’t matter. The thing is that they keep reliving what they already experienced every time they talk about it. They’re strongly attached to their past and haven’t been able to let go of it.

These disorders are always indicators of some sort of emotional discomfort, especially if the changes in appetite are not transient, but permanent, and even become more apparent as time goes by. These habits may be eating less than normal, more than normal, or eating in an anarchical way.

As with eating, people with hidden depression present sleep anomalies that could manifest in different ways. Usually, they either don’t sleep enough or sleep too much.

Occasionally, other behaviors such as becoming nocturnal, difficulty sleeping in a bed in a horizontal position, and having intermittent dreams manifest.

Narcolepsy: Symptoms and Treatment
Narcolepsy is a very unusual condition where people can fall asleep at any time. In this article, we look at narcolepsy symptoms and treatment. Read more »
Link copied!
Interesting Articles
Wellness
6 Clever Sex Tips and Tricks for a Better Sex Life

Although you may have a great sex life, you might still wonder if sine sex tips can help you enjoy…

Wellness
What Factors Influence Our Well-Being?

Well-being is a complex ecosystem. By “ecosystem” we mean that there are several factors that work together simultaneously to influence…

Personal Development
The Habit Web - Are You Losing Opportunities?

The habit web is a trap. What this means is that habits have very subtle threads that give you support…

Healthy Habits
Informative Obesity: The Reflection of a Hyperconnected Society

Wellness
Caresses Can't Be Eaten, but They Do Nourish

The modern world exposes us to difficult situations, especially since a large part of them are outside of our control.…