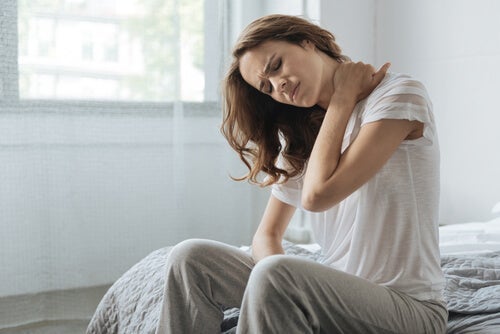 There are new medical and scientific advances every day, which means more research and more information about the pathologies of the human body. However, certain illnesses haven’t been extensively researched because they affect such a small portion of the population. Ehlers-Danlos syndrome (EDS) is one of those rare diseases.

Different countries and regions of the world have their own scale for what constitutes rare or uncommon diseases, but they don’t vary too much. In Europe, for example, a rare disease is one that affects 1 out of every 2000 people (0.05% of the population).

In today’s article, we’ll talk about one of those rare diseases: Ehlers-Danlos syndrome (EDS). EDS is an incurable disease that affects the body’s connective tissue. The goal today is to raise awareness about this little-known syndrome and the people who live with it.

Ehlers-Danlos syndrome, also known as EDS, is a group of genetic and hereditary disorders in the connective tissue that directly affect collagen, which leads to problems in the skin, joints, and walls of the blood vessels. In the United Kingdom and other parts of the world, it’s classified as a rare disease.

“A rare disease is defined as one that affects less than 1 in 2000 of the general population. There are between 5000 and 8000 known rare diseases. 1 in 17 people, or 7% of the population, will be affected by a rare disease at some point in their lives. This is about 3 million people in the UK.”

There are different types of EDS, but they all make your skin unusually stretchy and fragile, and your joints extremely flexible and elastic.

How many types of Ehlers-Danlos are there?

There are up to thirteen different types of EDS. The most common (within the limited population that has EDS, of course) are classic, hypermobile, vascular, and cardiac-valvular. Here’s a complete list of the types that scientists have identified:

Individuals who suffer from EDS start to experience changes and pains that become more and more constant over time. While each type has its own characteristic symptoms, they do, as we mentioned above, share some commonalities.

The most common symptom is back pain. More specifically, the patient might feel like their backs are overloaded and likely to experience muscle cramps. Some people describe it as carrying a bag of cement on your back.

Another common symptom is hypermobility of the ligaments. People with EDS are incredibly flexible because their ligaments are like the chords on an out-of-tune guitar.

Extremely stretchy and easily-damaged skin is also common. A seemingly harmless thing such as bumping into a table could cause extensive bruising. What would be a minor scratch in someone without EDS could become a serious wound for an EDS patient.

Flat feet are another possible trait of an EDS patient. They often have cramps in their feet and walk a particular way to make up for it. One way to test that is to look at the soles of your shoes. Usually, one side is much more worn than the other. Vision problems are another common occurrence.

The worst part of Ehlers-Danlos syndrome is loose joints. Loss of cartilage over time means that the bones move around too much, which can lead to serious dislocations.

People with EDS also have to watch for signs of early-onset arthritis. Another interesting characteristic of this disease is that it gives patients very soft, almost velvety skin.

In most cases, people with EDS have to go through a long and intense process to get a diagnosis. The minimum amount of time it takes is usually about three years. Before an EDS diagnosis, patients often hear that they have other illnesses, such as fibromyalgia.

What EDS does have in common with fibromyalgia, chronic fatigue syndrome, and lupus, for example, is that these all fall under the rheumatology specialty.+  They also have some common symptoms, and it isn’t surprising that they’re often confused with each other.

Another commonality is that none of them have a cure. If your doctor diagnoses you with one of these diseases, you’ll undergo treatment to address the symptoms. Sessions with a physical therapist can help stop the progression of joint mobility.

Depending on the type of EDS your doctor thinks you might have, you’d have to undergo a series of tests. With cardiac-valvular EDS, for example, a cardiologist would do an extensive exam in order to rule out Marfan syndrome, which is very common for patients with this kind of EDS. It can be very dangerous if left untreated.

If you or someone you know has or might have EDS, you should get in touch with Ehlers-Danlos Support UK, or Rare Disease UK, to get an evaluation and access to important resources.

Fibromyalgia, More than Just Physical Pain
Fibromyalgia is difficult to understand, since the symptoms aren't always visible. Let's learn more about it and how to find relief. Read more »
Link copied!
Interesting Articles
Illnesses
Smoking Increases the Risk of Complications with COVID-19